India is a nation of unbridled opportunities. The world looks eagerly at the increase in the high net worth income population and the favorable demographic dividend of ours. Now, the expectations have skyrocketed after the elevation of Mr. Narendra Modi as the Prime Minister of the nation. And the icing on the cake is the rising number of women CEOs, showing the upliftment of a suppressed section of Indian population -its women. But, does Chanda Kochhar, Naina Lal Kidwai, Arundhati Bhattacharya and Usha Subramanian epitomize the workforce diversity in Indian corporates? I am afraid, but the answer turns out to be an unfortunate and emphatic NO! 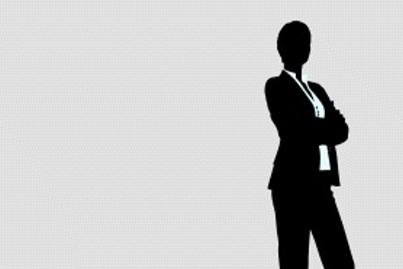 The New Economic Policy of 1991 led to an explosive growth in the Indian economy. Liberalization, Privatization and Globalization became the favorite words of the corporate world. The GDP growth of the nation touched the magical figure of 9%, in contrast to the Hindu Growth Rate that we had a decade back. The SENSEX got tired of breaking its own records a thousand times. But the Human Resource Departments (HRDs) of Indian corporates were not fully prepared to deal with the effects of Globalization.

Handling the workforce diversity became a nightmare for most of the Indian companies. Many of them paid special attention to attract and select diverse workforce in their companies. But, retaining and developing them proved to be the real challenge.

"The ratio (of women joining at the entry level) has already become much better ... The only thing we have to ensure is that these women stay the course and don't leave” Arundhati Bhattacharya, CMD of SBI

Ms. Arundhati Bhattacharya, the CMD of the largest Public Sector Bank (PSB) in India, clearly mentions the ineptness of the Indian corporates in retaining their precious talent. A study done by the Indian Bank’s Association (IBA) in 2010 substantiates the same: 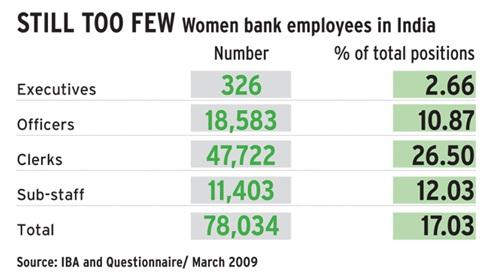 The table clearly shows that the percentage of women who reach the top brass of the Indian banks is abysmally low. If this is the situation in the banking industry, we can well imagine the state of affairs in other sectors. This could be considered as the “Missing Women” phenomenon in Indian Industry.

One of the reasons for the early resignation of women is the high work pressure that they have to face. This is partly due to the stereotype among men that women are incapable of handling high pressure jobs.

"You need to have knowledge levels and you need to work 10 times harder than your male colleagues to prove yourself," Archana Bhargava, ex CMD of United Bank of India

Coincidentally, Ms. Archana Bhargava had to resign from her job on 21 February 2014, before completing a year as an Executive.

One of the major reasons for the phenomenon of “Missing Women” is the resignation of female employees after pregnancy/child birth. Though the Maternity Benefit (Amendment) Act of 2008 provides necessary maternal benefits to the female employees, it somehow fails to prevent their exodus from the corporate world. The lack of connect with the employer during the maternity leave is a factor that the Maternity Benefit (Amendment) Act of 2008 fails to address. The employees who are on maternity leave for a long period of time prefers to stay back at home due to this.

A possible solution to this problem is to engage the employees on maternity leave by allocating an internal project of their choice to them. The time spent for the project should be as low as possible, since it is a voluntary initiative. Performance evaluation should also be avoided during this period in order to reduce the pressure on the employees.

Work-life balance and the resultant job satisfaction is a hotly debated topic in the Organizational Behavior (OB) field. Job sharing, flexible timing and telecommuting are the popular tools used by the companies to increase the job satisfaction of their employees. Two celebrity businessmen took the whole business world to storm with their statements on work-life balance recently:

"People are going to have to work for more years, until they are 70 or 75, and just work three days a week – perhaps 11 hours a day“, Carlos Slim, Chairman and CEO of Telmex

“Working three day weeks could actually increase productivity, and make better use of the skills people across society have to offer”, Richard Branson, CEO of Virgin Atlantic

To sum it up, workforce diversity is a topic of concern for the 21st Century corporates, and it requires an urgent attention. Corporates should take an extra step in retaining and developing the female employees that they possess. Better work-life balance policies would result in achieving this target to a certain extent. The resultant increase in job satisfaction would help the companies to augment their customer relations, which in turn would provide them with long term benefits. Reduction in absenteeism and other workplace deviances is the added advantage of an increased job satisfaction level.

“Employees First, Customers Second: Turning Conventional Management Upside Down” shouldn’t remain in a book, but should be epitomized in our work culture.

This article has been authored by Jithin George from KJSIMSR