Does Human Resources (HR) actually have a role to play beyond the corporate gates of a company?? Do the same theories and practices have similar usage in different industries?? What about the possibility of HR on the fields where the beautiful game a.k.a Football is played?? Could there really be a role for HR in Football?? 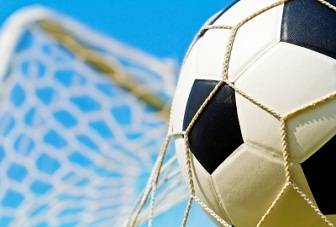 Football today is like any other business with the entry of many rich owners who have come in and changed the face of the beautiful game. Engulfed in this craze, with the transfer season currently going on, clubs on one hand are vying for the best talent available, while on the other handface a major challengeto retain their existing players. And one would often feel that the have-nots or the so called smaller clubs will often face this situation wherein they are forced to sell their best players to the monster gigantic clubs who are willing to break the bank to prise away saviours from clubs threading the fine line of survival and obscurity.

However it’s not always that smaller clubs are victims of their own success but also the big mighty ones who like Manchester United have seen 3 young, promising and definite stars of the future leave in the mere space of 6 months.

As we know Manchester United is the biggest club in the world!! Maybe I’m being a little biased by overlooking Real Madrid, but ok let’s say that Man United along with Madrid are the biggest clubs in the world. Barcelona might be the best for sure at this point of time, but when it comes to tradition, history and commercial success there is none bigger than the Reds of Old Trafford and the Galacticos of Madrid.

It’s a known fact that huge clubs always represent a dream for younger players, they are much coveted and endeared and player retention is not something which ideally wouldn’t be a big hassle, however with the likes of Ravel Morrisson, Paul Pogba and now Zeki Fryers leaving United for greener pastures elsewhere, it suddenly has questioned the retention ability of this huge club.

Some would say that the players are now tempted by money, elsewhere, like a West Ham United where Ravel Morrisson has gone, which only recently has been promoted, or a Paul Pogba who has got himself a sweet little contract of 20000 pounds a week at Juventus, champions of Italy but under a cloud of corruption or a Ezekiel “Zeki” Fryers who has left for Tottenham who missed outon the Champions League, and who have recently sacked their well-known manager Harry Redknapp.

Most of the comments made by these players revolve around the fact that they need to play regularly and were denied playing time at United. However the larger issue here is, what has Manchester United done to retain these potential superstars and hence I call it an HR issue.

We look at contracts which are signed by these players and most of the contracts have been 4 year contracts worth money most of us would sign without batting an eyelid. However time and again United have waited till the last year of the contract to start negotiating deals and thus shifting the power directly to the player who knows he can leave sans a fee once his contract expires.

Where are the retention steps which hurt fans to see potential superstars leave without a fee or a basic compensation at most. I am unsure how a football club is run and how much of HR is actually encompassed in the entire transfer dealing, however, at United currently especially in the light of these situations it certainly seems that there hasn’t been a lot of it.

A brand like Manchester United,which is crème de la crème, should always be able to call the shots. However, due to a lack of HR implementation the situation has turned rather pear-shaped. My question is why aren’t contracts tighter? Why are superstars in the making allowed to leave on free deals once they suck out all the benefits from the training facilities and expertise around? It is true that the empowered employer has been for some time losing its influence on exceptional talent, however when it comes to a football club with millions riding on success and exorbitant wages being paid week in week out, the line has to be drawn somewhere.

From an HR angle and best practices, we know for a fact that the best talent most often comprises a great academic background, superb experience & skills set and also a pleasing personality which ultimately are seen as the requisite qualities for the job. This however may seem very true in an ideal scenario; however in reality the situation could be quite different and thus lays a chasm between ideal and reality.

However a few unanswered questions definitely arise as to whether incredible talent will commit to further years in the organization?  Whether motivation levels will be maintained? Will retention be a bigger burden on the finances of the organization in the event of proposed job change? Whether added investment in one resource would affect the team at large and thus cause dissent and dissatisfaction? And while these questions are very relevant in the current corporate jungle we live in, it is very similar to many of the issues which football clubs are facing around the world and in this case Manchester United.

Answering a few of the questions posed would ultimately cause a lot of dissent in the United dressing room where players influenced by greedy agents begin dictating the amount of wages they should be offered and the terms of their contracts, not to forget image rights and fringe benefits. It is true, these superstars of today or the upcoming ones of tomorrow will undoubtedly win these very clubs many future trophies and laurels, but where does the buck finally stop? How far will clubs go to satisfy their players and where do they begin to actually draw the line?

As a fan it saddens me that I have lost 3 young talents, but I’m that same fan who rejoices when United go to smaller clubs from Brazil and Mexico and the Americas and get their best players for a marginal amount of the transfer fee they would ultimately command.

I complain about the training money and club investment made on 3 players and the high maintenance which the parent club has dished out towards grooming and nurturing talent and it is a very broad issue. Because until an organization finds a suitable replacement, it ultimately puts a strain on the other team members not to mention the potential revenue that one individual could have fetched.

In a footballing scenario it is a little different though, as these days’ squads having plenty of replacements but ultimately only the best 11 can play. But a case in point is that of Arsenal and how they are sweating on the prospect of losing their talismatic captain fantastic Robin van Persie who threatens to walk away for nothing in a year on the expiry of his contract. Thus not only is retention an issue but also talent management and how best they need to be handled and motivated.

I guess we are all victims of our own success and that’s why I call for a stronger HR at Manchester United atleast where transfers are concerned. Manchester United is the best valued club in the world according to the latest Forbes valuation although they still are a club in debt. Howeverno stone should be left unturned in their efforts to retain players who tomorrow could be the next Cristiano Ronaldo or Lionel Messi. The team management and HR later wouldn’t want to remember players as “Those who got away”.

However while battering the management and the club, I am firm in my view that in no way should power be gifted to thepower-hungry greedy young footballers who think they are the next best things and at most times such players become bad apples who spoil an entire squad, but at the same time such rotten apples are mavericks that outshine competition and win one trophies. Drawing a line is critical, as the player will always stand to win and get the money he desires from clubs who have wealthy oil barons ready to throw in the pounds, cars, jets or maybe an extra camel or even a gallon of oil to these greedy gluttonous nomads who only desire the high and mighty fast life which is filled with birds and booze.

The debate will continue and so will such deals, however,steps must be taken to curb the same. Surely clubs need to take bigger stands and tribunals need to act in favour of clubs who are at the mercy of player power.

Whatever be the scenario, it all adds to the entertainment of this sport we all love and also critique.

This article has been authored by Wayne Soares from GroupM Media Private Limited.