Life is a camouflage of riddles; one who solves is a winner, one who can’t succumb. Winning is the most meticulous form of living. Sometimes winning becomes so important in our life that we neglect the cost it bears. Every morning when I wake up I realise the time between my illusion and reality is turning elusive.

Time is running--- It is the scarcity of time that promotes our subconscious mind to act perpetually and grow exponentially toward our goal. I see people with ego problem, some are narcissist and some are megalomaniac, but people who are not any of these why at times they fail to succeed, why is it that when one perish and strive to hold one’s position the other promulgates a concoction of growth and fame. The question is not - what is that the former don’t have that the latter have? 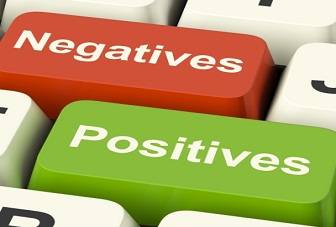 The question should be – What is that the former have and the latter don’t have? At times in life, not having something is better than having, if it endues a negative art of living. Success is a delusion which we all believe is only for us, winning is good till you are flexible, agility is never reborn. The very positive interpretation of successful human behaviour is –their past performance—their ability to influence situation—their believe to continue their success in future –their sense of control over their own destiny. They are the beliefs of a successful man, along with that they are the factors that seize human behaviour to abrupt change, now that’s the paradox of success.

Anything of too much is bad for health, be it alcohol or winning –both are hallucinating. There is a fine line between competitiveness and over competitiveness, between winning when it is trivial, when it is not. Iam not disparaging competitiveness, it is an essential tool of success. I am pointing out the predicament when we deploy it at the service of objectives that simply are not worthy of effort. We argue too much! Practically we want to come to the conclusion that “Iam correct” and “you are wrong”, that is to win. We put down other people beneath us, sometimes ignoring, all in order to win under any scenario. We withhold information keeping others in dark; we play favourites in order win.

Have you ever seen any cause-benefit NGO soccer matches! They are presented for some benefit of the society, those matches kicked off well with a butter and cheesy friendship but with gradual progression of time there evolve a taste of chilli, and it’s just that the “gotta win” gene of the player’s get kicked in. Although it is a shadow of sub-conscious mind, yet it is elementary to win.

What we are expounding about is not a degree of absurdness; it is how we present our positive trait in a negative path. There are certain traits which we follow religiously in our workplace or within an organisation in order to win, by any mean of words, authority, skill, diplomacy, pilferage, etc... The problem with the winners is that they believe in two things, one, they knows more and better, second others are not informative.

There are plethora of such circumstances where we intend to win and also keep on the “nice person” tag on, we try to be nice, we try to listen people more, getting formal tips to greet people saying ‘thank you’, ‘please’, etc…. Pease STOP! The age of spoon feeding is over, you don’t need any body to judge you, and one justifies one’s own behaviour the most. Don’t have to run after the “nice person” tag; just don’t be a jerk that’s all. Depending on your past behavioural consequences you can substantiate whether the flow is negative or positive. You don’t have to fill your box with all positive attributes, just don’t allow any negative trait in them, and be neutral.

Being neutral doesn’t mean submissiveness of one’s performance scale; it just signifies that infallibility is a myth. Optimizing for impeccability often turn an individual to vulnerable situation. We don’t want to listen to others; we think we know it all, so while listening to others we either feel like “I already know this” or like “you are wasting my time”, thank god we don’t utter those golden words maintaining the thin line of organization decorum, we don’t say those words but along with that we don’t even listen to the person who wants to convey a message. Listening is much harder than speaking – maybe that’s why god has given us two ears and one mouth.

Human nature is a complex blend of positive and negative attributes, whether good or bad is a question of the situation. A negative trait like mental volatility when implemented in proper path can also exert positive feedback, so it depends on an individual how he/she wants to perceive their action toward goal. Winning must be a choice rather than a habit.

This article has been authored by Ritankar Bhattacharya from International School of Business and Research.