Political Management – A Dawn In India

“If at all a nation is to prosper, it is through an energetic new generation“ - BalaGanghadharTilak.

Ever since India became a republic the political situation has always been highly dynamic and volatile. It’s been 62 years since India became a republic; at this juncture Indian political scenario is completely different in comparison to 1950. The first generation politicians of India were highly patriotic, compassionate and were bustling with high spirits for the development of the country. They laid the foundation for our nation’s progress, so that now we are now able to breathe the sovereign air. 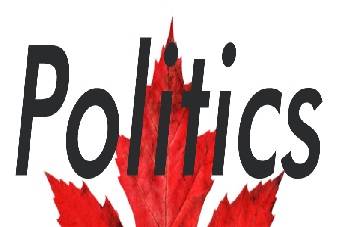 Albeit we might feel elated and happy about our first generation politicians, we are not in a situation to accept that the positive continuum exist now. We can very well appreciate this by observing the present social situation around us. Poverty, corruption, malnutrition, discrimination, scandal, etc. continue to prevail though there are constitutional tools to curb them. Political participation of the masses in has reduced to a greater extent in comparison to the 1950s and 60s. This is a multifaceted problem and various reasons can be attached to this plummeting of political engagement of the masses.

But the primary reason for this is that people of India reached a state of inertia in political participation since they did not foresee any threat to their sovereignty as a nation after independence. At the same time the people of India impulsively projected their “WE” feeling during the short wars with the neighboring countries of Pakistan and China. Since 1990s when India embarked on a journey towards open economy, the institutional structures for active political participation have started to increase, with the communication and internet technology catalyzing it.

Youth participation in democracy and politics has been very fertile ground for academic debates but the seeds are still waiting to be sowed in real world to see the act unfurl. A pragmatic analysis of the reason behind such a hesitant attitude of Indian youth in political arena reinforces the reality that “it’s easily said than done”.

The money power and the legacy of political lineage builds a strong castle around Indian political arena making it tough for new entrants though they might be good at heart  and willing to bring about a positive change in the society. But 2012 is not the same anymore; intelligentsia of our nation has changed the view.

Contesting elections isn’t the only way to participate in politics. Political Management is a new budding field trying to deep root itself in the hard political soil of India, though developed countries like USA have been making use of it for quite long time. New phenomenon in governance like Right to Information Act, Right To Education, etc. are demanding more out of the present day politicians, for which they have to mandatorily equip themselves and be abreast with the latest developments.

So public policy and good governance is not anymore a matter of just reaping votes and being laid back when it comes to actions. Due to the advancement in science and information technology politicians require specific skill sets to work effectively. This particular skill set is in such a way that it can be outsourced to specialists concerned to get the work done.  These specialists are none other than the management executives who were trained specially in the field of management involving finance, marketing, strategy, consulting, human resource, etc. A perusal of Obama – McCain presidential race in 2008 would throw light on the fact that political managers and consultants played a prime role in USA.

We live in a very different and advanced world in comparison to our ancestors. This is an era of communication and information technology which has shrunk the entire world into an individual’s pocket.  Thus Indian political arena is not very different from that of any other country of the world. Politics in todays’ world involves the following:

Thus political management is the need of the hour in Indian scenario too because politics is slowly moving into the realm of professionalism with the entry of young parliamentarians like Thakur, Naveen Jindal, Sachin Pilot, etc.

We may not be able to strictly define political management as a new field in India because political gurus and consultants were actively playing their part even before this time. But the difference being they were emotionally attached to the political parties, candidates and their ideologies. In present day, political consultants need not emulate them ditto, because today political managers are specialists to aid the politicians in one particular area of politics. Thus they can pursue an active career in politics by being emotionally unattached too.

But one need not have, even an iota of fear that they might trod an untried path, because some individuals and companies have already kicked off. The technological platform for political management is also on, for example www.partyanalyst.com by Hyderabad-based Software Company IT Grids (India) Pvt. Ltd. Launched its services in 2011 to aid political management. Similarly PRS Legislative research provides a comprehensive and credible resource base to access Parliament-specific data, background information and analysis of key issues.

Legislative Assistant to Member of Parliament fellowships by PRS and Swaniti , a US based Non-Profit  Organization provide the opportunities for younger generation to take active part in politics. Besides above established platforms, companies like Leadtech and Indiastrategy take up specific tasks in political consulting. Young and socially sensitive youth from elite educational institutions like NITs, IITs, IIMs are bidding adieu to high paying jobs in top notch companies to pursue a career in political management.

This article has been authored by Senthilkumar S from IIM Rohak.