Are Women Really Equal To Men?

Any concept of equality rises from inequality and emphasizes more on the latter.

Right to equality – a fundamental stated under article 14 of the schedule III of the Indian constitution. Everyone these days seems to recognize the same – whether it be the society, the educational institutes or various organisations. Of all the (in) equality issues that plague us, gender equality seems to top the list. It is said that awareness is the first step to solve a problem. Most of us seem to have recognized the problem and are overjoyed with ourselves as to how we are “empowering” women by providing them reservation in various fields. 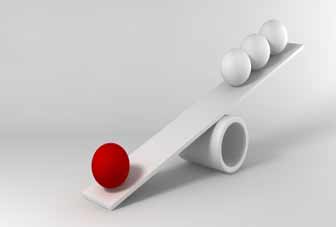 However, are the various methods adopted to bring women to an equal stand as men, making them feel at par with the men?  Do the men accept these schemes in their true spirit? The answer to both these questions is a big, loud “NO”. Why do I say this? There is a really simple logic. If men and women were equal, then the latter would not require the impetus to feel “empowered”. This is an argument put forth by both men and women. Men, hesitant to voice their opinion strongly in such sensitive issues tend to secretly disclose their true feelings to their close friends – “These women are at such a high post only because of the reservations and provisions created for them”. This again reflects on a woman’s confidence in her own capabilities. Every woman who enters an organization is skeptical as to whether it is the talent which made her reach that position or is it just because she’s a woman that she is where she is? In short, this only makes one feel that the actual “equality” schemes are rather working against the purpose they were meant to serve. They are drifting apart the social stature of men and women, making men feel more empowered while weakening a women’s position.

Is there really a solution to this? Actually in this case – ‘no scheme is the best scheme’. The only rationale behind this statement is that once these schemes are removed both men and women would accept that the woman at any given post is there only because she deserves to be there. It makes her position credible and she becomes more acceptable in the society. It also makes the woman feel “empowered” in the real sense where she understands that she was judged on an equal ground vis-à-vis her male counterparts and then made it big in life. The concept of equality can only be engraved in the minds of the society in a permanent fashion only by removing any scheme which emphasizes on removal of (in) equality.

Some call it “empowerment” while others call it “equality”

An impetus to what it is not meant to be, Is how it is that I see.

The thinking behind the introduction of any such techniques to bring men and women at an equal footage is noteworthy. The efforts could however be directed in a better way of actually grooming women at the grass root level i.e. primary, secondary education to create a pool of women candidates with the potential to compete with men rather than giving them the easier way out in the end. They may bring to the platter diverse thinking – there is no denying that fact. But, is the diverse thinking really useful if the acceptance levels for her word are low as she is not considered credible? Actually the better way out is to accept the fact that men and women are not equal and then address the issues that really bring the inequality – the lower education enrollment by women and discouragement by parents and peers about pursuing studies.

The bigger question now is, as a society, are we prepared to voice out the truth, accept it and work towards a realistic solution? Are we ready to respect the difference that currently exist between men and women and work towards reducing the inequality in a way acceptable to both the parties involved? Are we?

This article has been authored by Anusha Mandavilli from XLRI.