The dictionary defines innovation as “novelty, modernization, alteration that helps in simplifying a task or improves the efficiency of an existing procedure.” We humans are also innovative by nature, right from the invention of wheel to the time when the first fire was lit and to the present times where smartphones have grown to play an ever increasing role in our lives, it’s all innovation at work. Consciously or unconsciously we use innovations in our daily lives, it could be something as simple as using a pen to punch a hole in a sheet of paper to drying clothes under the fan when it’s raining outside. 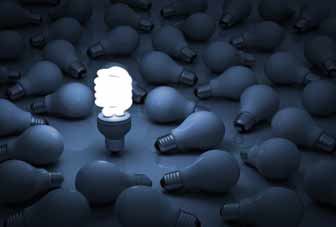 We also have organizations that have to innovate because the industry in which they are present demands innovation as a necessary tool. So organizations involved in design and manufacture are constantly involved in the process of innovating. For a company that makes apparels and accessories it’s necessary to keep a check on the pulse of consumers and come up with a product which appeals to them. Manufacturing entities are known to be always on the lookout for ways to cut costs without compromising on the quality of products that they manufacture and also techniques that improve the efficiency of their processes used to make the goods. Famous examples of this would be the Toyota Production System, formulated by Toyota, which is followed by all auto majors today globally.

One needs to keep in mind that any innovation would have an impact only when it’s given sufficient time to work and the changes that have been brought in due to the new system need to be sized up in all aspects, before deciding on the future course of action.  Design companies that may be involved in the design of say a chip that would be used in an automobile to ones that design large dams and hydro electric power projects. Innovation is the common thread that binds all organization irrespective of the area in which they are present. Innovation is something that is not just limited to organizations but also extends to real life situations as illustrated with the example of a pen. But it is in times of hardship brought up on organizations globally due to the economic slowdown that innovation doesn’t remain a luxury or a fad that is pursued to adhere to one’s beliefs it becomes the raison d’être for an organizations survival in the literal sense.

It has been seen how organizations that appeared to be resistant to innovation were forced to shut down as either the market forces rejected them or their competitors embraced innovation more whole heartedly and earlier than they did, leaving them with no option but to shut shop. However it is said that adversity brings out the best in a man, which is very well captured in the phrase “Cometh the hour cometh the man” the same holds true for organizations as well.

Reliance Industries limited is one of the largest corporate houses in India, setup by Dhirubhai Ambani, it has grown to be one of the most respected organizations in India and one of the few Indian companies to feature in the list of Fortune 500 companies. After 1991, RIL focused largely on the speed at which they expanded their operations and the scale on which they operated. After 15 years of steady growth, what RIL requires is not setting up of infrastructure but the harnessing of requisite human capital that would take this organization to even greater heights. As a step in this direction, RIL has launched an in-house project called Reliance Advanced Leadership Program (RALP) to select candidates with potential and groom them for future roles in the upper echelons of the management. This entirely in-house program gives selected candidates an opportunity to understand the nitty-gritty’s of running the organization. This is accomplished by providing them with an opportunity to work in different areas of RIL. These candidates are selected through a specially designed procedure that whittles down the list to the chosen few who’ll be groomed to take over roles of greater responsibility in the future. Presently the organization is training 32 candidates as part of this initiative. This program assumes even before greater significance as RIL is all set to enter the retail space with a slew of stores set to open in the coming months. Also its entry to the 4G internet space is being watched out eagerly by market watchers. This innovation of RIL would be watched closely by other organizations for its effectiveness, before they also embark on a similar process.

SAS doesn’t outsource its North Carolina headquarters maintenance staff, preferring that its crews of gardeners, food service employees, and health care staff are SAS employees. Many SAS employees also take pride in the company's Curriculum Pathways program. Free of charge for all educators in the U.S., the interactive program provides standards-based resources in English, science, mathematics, social studies, and Spanish for over 50,000 American teachers. With initiatives like this, the company stays true to its mission — to enhance people's ability to use information and create knowledge — and sets a great example for its staff. SC Johnson in fact allows its employees to work in different parts of the organization for a period of three to six months to get a feel of how each division functions as part of its Internal Internship Program, once the internship is completed, the trainee is free to go back to his/her own position.

FedEx runs a Courier of the Year competition where in employees are rated on the basis of an online report filed by customers after their packet has been delivered, employees who win this competition have the privilege of having their faces beamed on promotional material in the region where they operate. This process has helped in building up confidence levels of employees, which has a rub-off effect with an increase in the number of employees who are joining FedEx through buddy referrals. This trend is set to continue and the coming days would witness a rise in measures by organizations to reach out to their employees, after all innovation is something that organizations cannot do without in a world that is increasingly competitive and expanding.

This article has been authored by Amar Budati from from IIFT Kolkata.