War of Talent - Is it Beneficial for the Organization?

Every employer needs to evolve in order to survive in this ever growing and ever competitive market. In order to fulfill this it needs to invent better recruitment, selection and retention strategies. Better because competitors are also on the lookout of the exact same resources that you as an employer rely on for your success and on failing to do which you will lose out the best people to rivals. 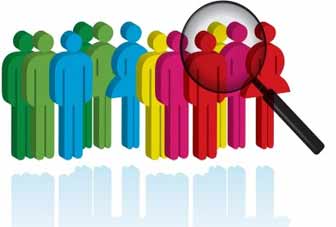 But there are a few questions that need to be answered before we move on:-

We will discuss these questions in detail in the following sections.

There is no doubt that we are in the middle of a war, the war to attain the best talent and individuals that the day has to offer. Employers today have a common notion – that it is an intellectual capital world and the companies which will fare the best are those which are the best at locating, assessing, recruiting and keeping the best individuals.

It is not difficult to argue upon the above given notion so popular among the recruiters today. As is evident in professional sports today, it is not a condition that the team with the best talent, highlighted by the highest salaries, are the ones that perform the best. In fact, in most of the cases it is the exact opposite, with the best ‘teams’ and NOT individuals leading the way.

The notion seems much more irrelevant in businesses and non-profit organisations where productivity is achieved by the coordinated efforts of many people. In such cases of interdependence, individual skills and abilities are of very less importance.

The key areas of focus to enhance productivity should be the system in order to hone, develop, equip and bring out the best in the employees rather than individual motivation. Focus on talented, motivated individuals result in interference in their abilities to do the best and hence, leading to a void resulting from loss of productivity.

One of the roles of the manager is to ensure productivity. In order to do that he/she needs to roll up his/her sleeves and get dirty in this prevailing mess of a war. First, objective that a manager needs to do is proper implementation of the current existing methods when it comes to talent management. But for that we first need to analyse the paths taken and their negative impacts on the company as a whole.

Pay for performance is a trend that has entered the industry and tends to stay for a long time now. Common notion is that rewarding individuals for their performances is one of the best and efficient ways to promote performance and hence, productivity. Such practices lead to internal competition and hence, restrict the productivity of the company as a whole.

Knowledge sharing and learning, which are the key aspects of growth in a company, cannot take place under such competitive conditions on the inside. Departments see each other as competition and refrain from cooperating, ignoring the overall benefit to the organization.

Practices such as rewarding individuals on their talent are inherent features of the ‘war for talents’ mindset which although benefit the firm on a short term basis, but eventually serves as a loss in the long term. This can be supported by studies that show that people do not keep money as a preference when accepting or continuing at a job and firms should focus on other mediums to improve other aspects such as work environment.

Recruiters normally spend a lot of effort in harnessing talent from outside. One reason is that outsider talent is more appealing to the recruiters. This is because of their mystical and scarcity value. Firms value less their current employees and have an inclination towards hiring outsiders solely on the basis of the above mentioned factors.

Once the recruitment process is over, expectation meets reality. In many cases, the result of the newly hired talent was disappointing. What had been perceived as promising was nothing but mere illusion. After entering the company, the foibles and faults of the new, ‘talented’ employees were much more apparent. Hence, the effort made to recruit new personnel could have been utilised for some other productive measure such as training activities for the existing employees which would have been a better bargain.

Individual focus on the basis of talent brings into limelight two (or three) classes of employees. The so called stars or performers of the organization, the underperformers and everybody else. The basic notion is to reward the star performers with incentives etc. and remove or dispose of the underperforming class. But this branding of select personnel results in the generation of self-fulfilling prophecy – the golem effect. Although branding the talented lot as stars leads to high expectations from them and hence results in high performance. But what about the others? It is inevitable to avoid negative expectations from the lagging bunch. This lack of expectation from the shadowed group of employees results in a decrease in their performance.

This self-fulfilling prophecy also plays a role when it comes to allocation of resources. Talented employees would be made available to all possible resources but same would not be the case for the less talented. Although, performance has been achieved from the talented employees, only at the cost of other employees’ performance.

The Big Picture: Winning the war for talent but losing the war on wisdom

A firm strictly oriented towards talent and not wisdom usually develops a sense of complacency and arrogance. Wisdom is somewhere at the midpoint between the extremities of arrogance and insecurity. Having an attitude of wisdom allows a firm to take decisions even when it is in doubt.

As is the case most of the times, proper and adequate information is not available to the firm. In such a situation wisdom will be of a much greater use than just talent. Wisdom always keeps room for learning, which is not the case among arrogant, talented individuals. These individuals influence and alter the overall attitude of the organization as well of which they are a part of. Microsoft Corp’s antitrust trial is a proof of such phenomena. It is evident that Microsoft Corp could have reached a settlement had it not been so arrogant and sure of itself to delay serious negotiations. This arrogance offended the trial judge and hence resulted in a loss for Microsoft.

Experience and studies show that although possible, it is not likely that we can avoid seeing certain things in certain ways. War for talents approach embeds within it a theory that holds

Neither assumption can be accepted without any criticism, although, there are many examples that cite that teams perform better than individuals. War for talents is not entirely wrong but it gives rise to many unwanted management practices that harm the organization in the long run. It can cause firms to always focus on getting better people rather than focusing on other productive measures.

This article has been authored by Jayant Ankur Kujur from IIM Indore.