Spiffy young man, bright smile gave a speech that welcomed the rebirth of hope in people and find solutions to problems, decisions that would put an end to an inopportune era. As he stood on that stage and enunciated those words “Yes, We Can” the chants spread through the crowds and across nations. His win was celebrated not just by the black people or the Americans, it was celebrated across continents. A tribe in India celebrated this glorious moment. Why was Obama’s win, America’s first African American president, rejoiced by people across continents? It was marking an era of acceptance of diversity, an acceptance of change. 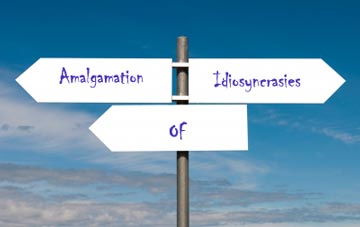 This century has seen colossal changes to accommodate the vastly varying human mind. The LGBT society for example was a covert group waiting to be unwrapped. Forgetting their bigotic ways, today most countries accept people’s choices, beliefs and are willing to change systems to accommodate the farthest reach. In more ways than one a sense of realisation has settled that it is impossible to work without representatives from every section of the society. To make those several populist claims in every budget, the party in power takes the extra effort of recognising the hidden group and identifying their need and offering beyond. And the result of such a simple move would ultimately be another tenure of power.

Party in power gets chastised by the opposition. Loopholes are thread together and exposed in the media and a sufficiently deep dent is created. A rope out of this quagmire is splashed across newspapers, “Prime Minister plans a cabinet reshuffle”. Immediately the bulls charge and the stock markets rise. The word reshuffle is synonymous to change. Members from different backgrounds with experience in procedure from a variety of fields come together and brainstorm to find a way out. A culmination of this diversity in experience gives the belief that a solution will be born.

The birth of the reservation system could be rooted to the idea of increasing representation and encouraging inclusion. A smorgasbord of provisions was made to include women and people from lower sections of the society. Calumnies a plenty, it was an appreciable initiative. It recognised the importance of people from various regions and their contributions for developing the society.

A rough patch hit the business world in 2008 and companies immediately resorted to salami tactics. The honchos decided to begin the trimming process to keep costs down. The most important asset, they say, but are the first to be cut off from the organisation are the people. People are treated as resources. The dart board mangers (human resource, of course they receive the sharp tipped darts!) drive by sight, hoping their stepping stones don’t plonk into the water. Pink slips flying of their desks, followed by a procedural rigmarole, people feel like balance sheet entries rather than individuals with emotions who contribute for the organisational growth.

Like the countries in European Union are struggling to break free and prevent spiralling off together, trepidations hit the corporate bigwigs and that lead to identifying competitive advantages to float above the rest.  But then sustainability was an issue because there is always a China to release immediate cheaper semblances of the same. Euphoria! Companies decide to use the ‘resources’ that exist within the organisation. A simple brain storming session would reveal the impact of having a diverse composition rather than uniformity.

Living years together in one city, surrounded by people who think alike and have similar lifestyles, the mind tends to become myopic and refuses to accept any small deviation from the set methods. Accepting change becomes a tedious task and diversity was the panacea for all B-schools which admitted people from different backgrounds to foster interaction ultimately leading to acceptance of these “unforeseen events”. Which would result in more knowledge sharing a room full of IT engineers or one with soldiers, oceanographers, oncologists, dentists, kindergarten teachers?

I looked into a kaleidoscope. Coloured figures were created and together they made the most enthralling feast to the eyes. Conventionality bogs down a company, making it one among the herd rather than being the shepherd guiding the rest. So organisations too made several changes to bring in diversity and benefit from a variety offered rather than a one- road- ahead plan. Now there was a confluence, ideas brimming and that became a competitive edge because no two companies had people thinking alike .voila! a recipe for success.

Ideas are born and can be the tipping point to bring about the greatest changes but face hinges on implementation. Companies face the problem of accommodating the needs of its employees. Populist stances wouldn’t work and the costs to satisfy the needs are high. Yahoo’s Marissa decided it was time to bring about a change in the work culture of Yahoo. She decided to bring all the brilliant minds to work on one platform rather than work from home style. But faced sticks from critiques for such a bold move, move that would have brought Yahoo back to its past glory. Moreover, it might lead to disputes among the employees. So it’s a trade-off for the organisation where they have to weigh their opportunity cost.

Reaching a whole new level of heterogeneity, as a one shot anodyne, benign emotions are being replaced by facsimile robots that substitute mechanical human labour. Now would that satisfy the luddite community?

This article has been authored by Kshama Adka from Goa Institute of Management.