Importance of a Globally Responsible Leadership

There is just an iota of people who are actually able to balance the power with responsibility.

According to me Globally Responsible Leadership is very important and it is an immediate need of the society today where we all are already facing various environmental, political, and global crisis and need to shift our focus from just one corner to the entire Globe.

Business Schools are exploring a variety of ways to provide MBA students with the experience and knowledge to become globally responsible leaders beyond just providing the standard course on ethics. Many business schools are providing opportunities for students to learn about business realities in countries around the world through exchange programs, and also by setting up second campuses abroad. London Business School has recently set up a campus in Dubai and provides opportunities for students to study on both of their campuses. Similarly, many Indian business schools have opened their branches in various other countries like Dubai, Singapore to provide a global exposure to their students. Today, people all around the globe understand the importance of global leaders. 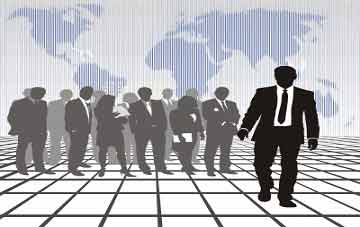 A step towards globally responsible leadership was taken long back in 1959 by India’s First Prime Minister Late Shri Jawaharlal Nehru by introducing Kanpur Indo-American Programme (KIAP) in Indian Institute of Technology, Kanpur (IIT-K). During the first ten years of its existence, IIT-K benefited from the KIAP, where consortium of nine US universities (namely M.I.T, University of California, Berkeley, California Institute of Technology, Princeton University, Carnegie Institute of Technology, University of Michigan, Ohio State University, Case Institute of Technology and Purdue University) helped set up the research laboratories and academic programmes. A group of highly reputed professors from all  of these institutes came to Kanpur to train the teachers here, and incubate a new institute which could be made good enough to compete with other world class institutes, led by the one’s they had come from. They helped on every detail, right from the construction of the institute to the introducing and designing the academic programmes for some already known subjects and also the contemporary subjects and fields which were neither expertise, nor were much known here in India. But, in 1972 the KIAP programme ended, in part because of tensions due to the U.S. support to Pakistan.

According to me a Globally Responsible Leadership is where the decisions and policies are designed and implemented keeping in mind the diversity of the people in the organisation and their diverse culture. There has been wide increase in the number of foreign investors in the organisation along with the increase in foreign work force. For example, In Singapore, foreigners make up about 34 per cent of country’s population of 4.99 million, reported the Financial Times, and every year, over 150,000 foreign workers enter Canada to work temporarily in jobs that help Canadian employers address skill shortages, or to work as live-in caregivers. This makes it all the more important to keep in mind the different corners of the world from where these people come from and the kind of culture they follow and their religious beliefs and give due respect to their thinking and their culture.

A globally responsible leader must make sure that the policies of an organisation are made according to the convenience of the diversity of people serving the organisation or an enterprise. For example, the number of holidays given by the organisation should include the festivals of the people from different countries which would probably satisfy them and make them feel ethereal. There are umpteenth organisations whose branches are set up in different countries, there is an exigency to understand the time differences in various parts of the world and conduct the world wide meeting with respect to everyone’s convenience.

“Our environment, the world in which we live and work, is a mirror of our attitudes and expectations”

The world is facing environmental imbalance and it becomes the responsibility of the global leader to not only maximise the stakeholders wealth but also to take care of the environmental issues and show due concern for the same as much as possible. In 2009 Copenhagen Climate Conference COP15 was held which was attended by countries from all around the globe to show their concern and plan an effort to curb global greenhouse gas emissions. Such initiatives unite the world towards environmental cause and aware them about the critical environmental issues.

“The brands that will be big in the future will be those that tap into the social changes that are taking place.” - Sir Michael Perry, Chairman of Centrica PLC.

In Moga, Punjab, for example, Nestlé invested substantially to establish milk collection centres with cooling tanks, milking machines and provided farmers with training in breeding and feeding practices to increase the yield of their herd. This has helped to improve the quality of milk produced in the region which in turn helped local farmers increase their incomes.

This not only improves the reputation of the company, and stakeholders’ trust on it but also affect the society in a positive way.

It is high time that we start giving due importance to every small issues that arises today and work efficiently and systematically.

Leaders of tomorrow should Think Globally!

Throughout my life, I have been guided by the mantra – “Create Innovate Inspire”. To me, the most essential quality of an effective and successful individual is his ability to inspire change in the lives of people.

The Article has been authored by Pallavi Srivastava of K.J.Somaiya Institute of Management Studies & Research.