Cultural Conflicts and Resolutions For India

India is a multicultural society and most of the MNC’s do not understand the diversity and the multi-plural nature of the society and the different stake holders in this country.

Over the last several years India has experienced explosive worker’s struggle as more and more transnational corporations set up production units to exploit India’s cheap labor rates. According to the Indian Labor Bureau, over five million working days were lost in 2010 as a result of strikes and lockouts in the country. In the auto industry, there were strikes in Honda, Rico, Mahindra, GM, Maruti-Suzuki in the Gurgaon-Manesar industrial belt and in Ford’s plant in Chennai, 4600 employees went for strike. MNC’s have to understand different cultures in this era of global environment and its effect on organizations. Cross-border transfer of knowledge is complex. Culture and cultural differences can have an impact, particularly in the case of tacit knowledge such as leadership skills and management knowhow. According to a study conducted by the Columbia University in 1995, 57 % of cross cultural joint ventures end in failures and today that rate is around 70%. 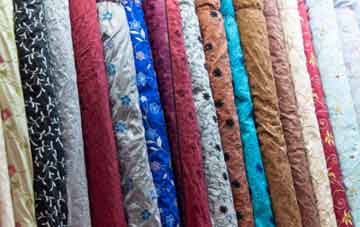 Cultural conflicts arise because of the differences in values and norms of behavior of people from different cultures. A person acts according to the values and norms of his or her culture; another person holding a different worldview might interpret his or her behavior from an opposite standpoint. This situation creates misunderstanding and can lead to conflict. Following are the factors which create conflicts at the workplace.

1. Individual differences: These are the differences among individuals growing from socio-cultural factors, individual work values and attitudes.

2. Parochialism: Due to an existing social system of a particular country, the people of that country always see a situation around them from their own perspective.

3. Ethnocentrism: unconscious tendency to interpret or to judge all other groups and situations according to the categories and values of our own culture”.

4. Cultural Distance: It is the amount of difference between any two social systems and may vary significantly from the people of one country to those of a different country. The problems of parochialism and ethnocentrism will be magnified if there is a wide cultural distance.

5. Cultural Shock: New job location, which is a strange new environment create a mixture of confusion, insecurity and anxiety.

b) Masculinity and Femininity: Issue comes on surface due to the emotional differences between two genders.

c) Uncertainty Avoidance:  This aspect measures how much the culture has made its members feel comfortable or uncomfortable in unstructured situations.

d) Power Distance: This is the index in which the less powerful members of organizations and institutions accept and expect that power is distributed unequally.

1. Cross Cultural Training: Prepare people for more effective interpersonal relations and job success when they move to work in different culture. Cross-cultural training involves all the methods like lectures, simulation which give learning in areas like:- language abilities, business etiquettes, beliefs and values, social system, negotiating styles, etc. of any culture. Cross cultural training has been found to reduce the severity of culture shock and reduced the time necessary or expatriate managers to adjust to the culture, reach a level of cultural proficiency, and become effective and productive in their international assignments.

2. Expatriate preparation: A prominent issue in the international staffing literature is expatriate failure– the premature return of an expatriate manager to his or her home country. The use of more effective training programs is to improve the expatriate's performance in an overseas environment, thus minimizing the incidence of failure. The task of expatriate employment is complicated by profound differences between countries in labor markets, culture, legal and economic systems. The expatriate employee and his or her family should be actively involved in the training to ease the transition and build a supportive environment. Three types of training can be provided namely, (1) information giving approaches (2) affective approaches which address people’s feelings as well as ‘facts’; and (3) immersion approaches which are in-depth methods covering a broad range of topics and methods. These training programs are designed to improve relational skills which are crucial to effective performance in expatriate job assignments.

a) CQ-Strategy: It reflects the processes individuals use to acquire and understand cultural knowledge. It talks about the one’s assumptions, its outcomes and its judgments.

c) CQ-Motivation: It talks about the person’s interest in learning, experiencing other cultures and interacting with people from different cultures.

d) CQ-Behavior: It is a person’s capability to adapt verbal, nonverbal behavior and having a flexible repertoire of behavioral responses that are appropriate in a variety of situations.

4. Cross Cultural Adjustment Theory: The process of adaptation, and the perceived degree of psychological comfort and familiarity a person has with the new host culture. Three specific facets of cross-cultural adjustment are

U-Curve Theory of Adjustment:- Four stages of adjustment are in this theory. The honeymoon stage occurs during the first week after arrival at the host country. Individuals are fascinated by the new and different culture. When the newcomers start to cope with real conditions on daily basis, the second stage begins - culture stock stage. The stage is characterized by frustration and hostility towards the host nation and its people. The third stage is the adjustment stage in which the individual gradually adapts to the new norms and values of the host country and can act more appropriately than they were before. Finally, in the mastery stage, the individual is able to effectively function in the new culture.

The initial time in a new culture is exciting for the expatriate, plotting on a chart as a high point. However, as time progresses, they begin to feel the stress of adjusting and can begin to feel low, depressed, and even physically ill. Finally, they emerge at a higher point as they have adjusted to the new culture by learning how to cope and operate in the new environment. They are better able to interpret new cues, have eased past the communication breakdown and resolved their identity crisis.

5. DDDP (Deliberate, Demanding, Differentiated and Paternalism) model:- Expatriates have to adopt an approach of paternalism (which involves strong authoritative elements, fatherly empathy and true leadership) in India, and combine their deliberate effort of adaptation in the Indian context, with a demanding leadership and both (adaptation and leadership) have to be pursued in a differentiated (individualized for each employee) manner.

To establish and to have incremental growth, A MNC has to understand the culture of the host country and frame the policies according to that place.

This article has been authored by Jayesh Hariyani and Anurag Kharb from NMIMS, Mumbai