Women at Workplace: Motivations and Challenges

Gender diversity in organizations is critical. The outcome of this is reflected in companies like Tata Consultancy Services, where over 30% of employee strength constitutes women.[1] However, the percentage falls in senior leadership levels. This low percentage is in one of the better off companies. Considering the national picture of India, the overall percentage would be further low.

According to World Economic Forum Gender Corporate Report 2010, representation of women in corporates is 23% in India, 24% in Japan, 26% in Turkey and 29% in Austria. Few countries with better representation are United States of America with 52%, Spain 48%, Canada 46% and Finland 44%. 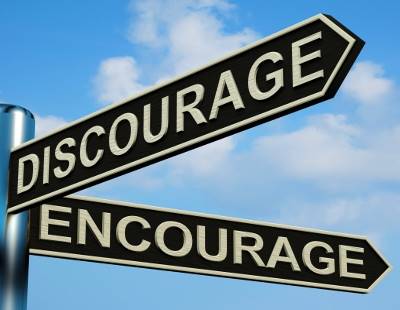 The representation of women across organizations drops as the seniority of the role increases. The overall numbers of women are mostly found at the entry level and drop dramatically in senior and board level. The presence of glass ceiling is evident from the fact that according to the Tata Consultancy Survey conducted by People Matters on Gender Inclusion in India, 25% or respondents do not have women at senior leadership level and 67% do not have women representation in boards.

The cost of housing, private school fee and household expenses are increasing. Hence, two earning members are increasingly becoming necessary to achieve or want to achieve in terms of life style. Also, there is more materialization. It’s not a matter of putting food to the table; rather it’s about the best schools, overseas vacation, luxury cars, etc. 60% women out earn their spouse, so drop out is not an option.[2]

Also, in Indian context, working mothers have support from their mother and mother-in-law for child care. So they can reach out of home despite a young child at home.

Considering the capabilities of women, since biologically, women in twenties are physically and mentally prepared for child birth, they tend to be mature earlier. Surely that has some bearing on why a 22 year old woman in a B-School is few times more mature than her male counterpart who is still a boy. In an organization that believes in equal opportunities, the former would be on the fast track to growth. Also, women are not as aggressive by nature compared to men. Hence, they are not as easily corruptible.

Moreover, an obvious reason for increased representation of women is that more women are applying for higher education. So a job is a natural consequence of the education.

Despite these reasons, there are several challenges that women face because of which the glass ceiling exists.

51% women reported pressure to drop out of work after marriage and 52% after child birth in a study conducted by Centre for Work-Life Policy, “The battle for female talent in India”.

One major reason is not just the family, but women themselves. When women have children to take care of at home and are not able to give as much time to them as they would like to because of work commitments, they tend to develop motherly guilt. Similarly those women, who want to take more care of their parents or parents-in-law, develop daughterly guilt. Thus they prefer to quit work despite a successful stint.

Another reason is feeling of being unsafe due to travelling to and fro from jobs. Most Indian cities are either not safe or are perceived to be unsafe for women. Hence, women do not prefer sales jobs and BPOs which require them to travel in late evenings.

The most important reasons can be found in Indian companies. The “Gender Inclusion in India” survey conducted by People Matters for Tata Consultancy Services reveals the following as major reasons for women not opting for senior leadership roles:

Thus, our current levels of low sensitization in organizations towards women have resulted in women dropping out after being successful in lower and middle levels in organizations. However, there are companies that are working towards tapping the potential of women towards their success.

Best Practices in the Industry

Some organizations realize the need to include more women in workforce and hence, have formulated culture, structure and policies to support more women. These efforts are also expected to increase the representation of women in senior leadership roles.

“Second Career Internship Program” by Tata group is one such program which is designed for women with 2-4 years experience and who have had a break of 2-8 years. The program offers internship on short term projects with highly flexible working hours. This helps a smooth transition for the women to join back work. Also, it sensitizes the managers to develop roles and environment flexible enough for women.

Infosys iWin and TCS DAWN (Diversity and Women’s Network) are programs designed for women in the workforce. Corporates are also laying down stricter policies towards prevention of harassment and providing mentoring options to develop women leaders. The efforts made by these companies are commendable; however, there are countries which have developed laws that mandate representation of women in boards of companies. They mandate specified leaves for pregnant women and provide support for working mothers as well. There are also countries which give benefits to corporates with high representation of women.

Despite all the challenges, outlook for India is positive and hopefuls in the industry expect more likes of Indira Nooyi and Kiran Mazumdar Shaw to take leading position in the Industry.

[2] “The battle for Female Talent in India”, Centre for Work Life Policy