The Insider: Struggle of a Whistleblower

The movie, “The Insider” is about the struggle of a whistleblower in tobacco industry. It is a rare case where an entire industry was based on publically told lies. One man tries to step out for general good while sacrificing his family life, financial security and personal safety. While watching this movie, the managers need to understand that in their management career, they may face a choice between the easy way and the right way. The learning and the events become more so important due to the fact that the movie is based on true story.

60 Minutes, a show compiled by correspondent Mike Wallace and producer Lowell Bergman, recorded an exclusive interview with Dr. Jeffrey Wigand. Dr. Wigand, a fired Brown &Williams (a tobacco company) corporate V.P. who had decided to blow the whistle on his former boss' lies to congress. The power of Tobacco industry was such that the show was shelved. When The New York Times printed an exposé about what had happened, CBS News was forced to re-consider the decision. The show was finally aired and tobacco giants like B&W were sued for damages to public health. 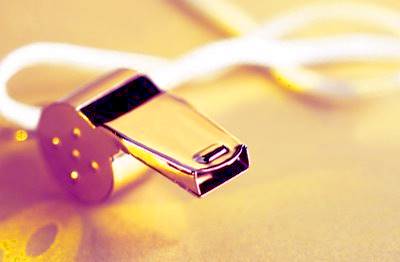 Learnings from the movie are as follows:

The Right Way or The Easy Way?

Right choice is often a difficult one. “The Insider” offers multiple instances where such choices are made and the consequences for each. The first and the most significant is the choice made by Dr. Wigand for coming forward and agreeing to testify on national television against B&W. On one hand was a truth that needed to be uncovered in the interest of public health, the other hand was equally heavy with his family, health cover for his asthmatic daughter, severance package and personal safety. Easy way would have been to stay quiet and spend the life by suppressing the guilt, however, Dr. Wigand chose the difficult life without his family, financial support and personal safety.

On another occasion, Mike Wallace submits to the pressure from CBS when he takes the stand to withdraw the show recorded with Dr. Wigand. The choice he had was whether he should fight for a whistle blower who made sacrifices for a show which would never be aired or for peaceful retirement after a successful career based on principals that went in favour of first choice. This shows how strongest of people fall when such decisions have to be made.

Lowell Bergman had the same choice as Mike Wallace. He chose the opposite and stood up against the channel’s decision to shelf the show. He used every possible means to force the management of CBS to air the show.

The nature of Lowell Bergman’s job is such that only when he gives complete confidence to his source for protection, he can continue to make his show. In this case however, he had to struggle to air the show while his source sacrificed for it. He could not continue with slightest possibility of “maybe”, so he chose to quit. Today not too many managers are able to show this quality. Managers need to learn that unethical practices can be beneficial in short term, but can shake the foundation of entire business.

Such high ethical standards shown by Bergman and Dr Wigand were the reasons why Tobacco giants were sued by 49 states of US for cases in public health. It was only after this case that cigarettes were considered addictive and harmful to general health. The movie shows the extent of damage that unethical companies have to ultimately bear. This is where the next learning comes.

Being Ethical Is Of High Competitive Advantage

The tobacco industry was highly profitable. The managers were hiding major facts against public health so that sales were not affected. However, once Dr Wigand blew the whistle against them, the industry had to pay $246 billion in law suits.

Hence, being ethical is of long term competitive advantage. Today, the top companies of the world are also the ones that are known for their ethical standards. Even in India, the largest market cap is held by TCS, which follows ethical standards of the Tata Group.

Gone are those days when only lawyers knew law, only accountants knew accounts and only data entry operators knew excel. Managers need to know much more than that. CBS management made this mistake by letting only the legal department take business decision. CBS shelved the “60 Minutes” which was the most profitable and highest rated show on television. Apart from being most profitable it was also the show that was identity of true journalism. Hence, managers while doing a difficult show should have had legal aspects covered from the start. In today’s business scenarios, managers need a good understanding of the law as well.

Managers today are not just responsible to the business but society as well. Today, managers may face difficult choices during their work. So the choice is not always between easy way and difficult way, it is about the right way. The Insider is a classic example why the right way is the best way.

This article has been authored by Varun Arora from LBSIM