The workforce today contains four generations, with the advent of Gen Y. The Traditionalists, the Baby Boomers, the Gen X and now, the Gen Y. The workforce as they say is relentlessly becoming younger. This is subsequently leading to increasing levels of conflict between the younger and older employees reflecting each generation's difference in values, attitudes towards work and authority, their ways of functioning, their degrees of socialization and their skill sets. This confluence of generations is thus an immediate concern for the HR managers who should aim at minimizing and eliminating these conflicts. 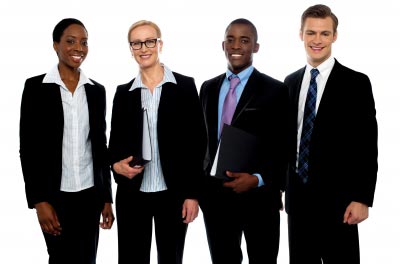 Incidentally the Gen Y is coping quite well with the growing market competitiveness. They tend to work faster and better than their counterparts, are goal oriented and optimistic, have high expectations of their employers and themselves, seek out creative challenges and are constantly learning and evolving. Their confidence is technologically bolstered and they are proud owners of various electronic portfolios. Generation Y is much less likely to respond to the traditional command-and-control type of management still popular in much of today's workforce. They are inquisitive because they have grown up questioning. They therefore question existing processes and ask if they can be remodelled and made more effective. They don't believe in keeping quiet without making their point and do not quite fathom the logic behind their older managers’ theory of “Do it right now because I am commanding.”

In an intergenerational workplace, the greatest challenge for a manager is to manage all quarters of his employee grievances and disputes in a manner that will achieve maximum profitability for the organization. The challenge with Generation Y is that they are whimsical and do not tend to stick to any job or any assignment for too long. They are multi taskers who can juggle their emails on blackberry while finalizing a deal with the customer on the cell phone. This attitude harms the organization to the extent that it not only increases their employee turnover ratio but also the training costs involved in training and later not being able to retain them. Conflict can also arise out of the difference in management styles practiced. Unlike the other generations who have existed in the organization being accustomed to the annual review system, the Gen Y demand for a constant feedback and recognition from their bosses. The major conflict arises when the older employees are dismissive of the younger ones’ abilities and vice versa, which is most common in organizations today.

So the imminent question bothering the management is, ‘what strategy should I use to reduce conflicts and achieve effectiveness of performances.’ The Gen Y group are largely the uncharted territory for most managers today. They possess endless reserves of energy, unbridled enthusiasm and way surpass the technological expertise of their older counterparts. They should thus be coached in a manner where they are made to feel like the creative nucleus of the company. Gen Y employees put together on a certain project are more likely to yield successful results for the company. They should be allowed the voice to opine and should be entrusted with project centred work. Providing them with constant feedback and appreciation for their job not only makes them motivated to work even better, but is an indispensable tool in retaining them with the organization for a longer period.

Competency Mapping and Reverse Mentor Programs are very important protocols when it comes to managing the Gen Y workforce. The manager should be able to gauge the domain of expertise of the employee while allocating projects to them. This would not only ensure better results for the organization but would also bind the employee with a sense of worth. Job conditions that cannot be achieved should not be allocated to them as the failure would only leave them disillusioned and disappointed. Training for these employees should focus on the strategic areas and not trivial ones and digital training could be highly effective owing to their ‘technologically wired chromosomes’.

Being able to voice one’s opinions and the desire to be heard are the major attributes of the Gen Y workforce. Thus communication between employees and their supervisors become very important. Some organizations have brilliantly handled this issue. Motorola decided to use something called the ‘Minority Report System’ in their Human Resources. With the advent of this system, any employee could report his ideas to any higher level manager or to another division if that idea was rejected by his/her immediate boss. This was like a win-win situation. The organization would not lose any creative idea just because of one person’s hasty decision, and it would also positively affect the individual’s sense of self worth.

Some companies are tackling the challenges of recruiting and retaining the Gen Y employees using creative strategies tailored to their characteristics. Instead of the uniform recruitment advertisements, Google used Encrypts on their outdoor bulletin boards for recruitment ads. Only those who would be able to decipher the code would know that job applications were being accepted. On the other hand, Apple Inc. retained a majority of its young workforce by simply using motivational techniques of awarding reinforcements to even the under performers who gradually became high performers soon.

The Gen Y workforce has often been termed as brash, lazy, self interested, pampered and hopelessly derelict. However, little attention has been paid to the fact that this is a generation born amidst economic uncertainty and violence; they have been bombarded with graphic violence through horror shows and video games, advertisements and Television. It’s very easy to point out the flaws in them, but the positive traits, in my opinion, far outweigh the negative ones when it comes to achieving organizational success. What motivates them is a little bit of Creativity and the challenges associated with it. As for a manager, managing the Gen Y workforce also becomes comparatively easy when their thinking caps have a feather of creativity attached to it. A creative HR Manager in this respect becomes an indispensible tool for any organization; as Danny Cox puts it “A Creative Manager is the steam which powers the locomotive of progress.”

The Article has been authored by Saptak Bose, GIM, Goa