The most important aspect of any organization or business is their human resources. The best organizations value their employees and keep them happy by various methods like employee benefits, workplace flexibility etc. A major role is played by the top management or the directors or the people in a position of authority in harnessing the talent of their employees and channelizing their skills in the right direction. But there are times when there is a conflict of ideas and egos amongst the leaders themselves, which creates a turbulent scenario in the company. 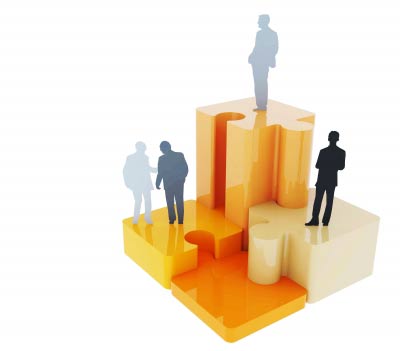 The top management comprises of individuals who with years of experience in their particular field have gradually moved up the organizational hierarchy. CEO's, CFO's, Directors etc all have a position of authority, responsibility and have seen the highs and lows through which the organization has been through. Also, employees who have worked under a superior either respect them for their leadership or feel irritated if their superior was a bad leader.

Thus, every top level manager has a sense of pride and self esteem which gets developed over a period of time. However, when two people equally qualified, respected and in a similar position of authority lock horns over an issue, then it becomes more of a personal battle which ultimately affects the organization.

A conflict of views between the top management is dangerous for the growth of the company. It becomes a personal war amongst the superiors as it would decide who would come out stronger with a better solution. But when the ego of one of them is hurt which affects his public image, then things often take an ugly turn as they seem more interested in pulling each other down rather than finding a solution to solve the problem.

This sort of environment becomes a problem for the employees as the scars of the battle of egos demarcates the organization into two halves and leads to favoritism, difference of opinion and ultimately hurts the functioning of the company.

Each superior then starts to feel that their subordinates are inferior in skill and knowledge irrespective of their past worthy contributions. Gradually these personal issues overlap with the professional issues, and it causes a great chaos in the functioning of the organization.

One of the reasons for the frequent occurrence is the present day education system which gives them authority and position without work experience. Some employees struggle and reach the top whereas some zoom their way up the hierarchy due to higher education. This imbalance in terms of views, opinions, analytical ability etc due to experience vs education, also adds fuel to a problem between two senior officials.

Competition within an organization is beneficial for a company if it is played in the right spirit and attitude. It leads to individuals sharpening their skills, learning new processes, understanding their environment etc. However, at times things go out of control when people start questioning each other's personality. And when such a battle of egos arises in the top management, it shakes the entire foundation of the company itself.