The poet Baudelaire once remarked “True genius is the ability to hold two contradictory thoughts simultaneously without losing your mind”. As challenges rise in an era of globalization, B-schools have had a bee in their bonnet about dishing out global citizens with ‘managerial virtues’. Do the humanities have a role in revealing our humane side and hence better our interpersonal skills? Psychologist and Science Journalist Daniel Goldman in his ground breaking book ‘Working with Emotional Intelligence’ points out "On average, close to 90 percent of success in leadership was attributable to emotional intelligence". He highlights four competencies as having a huge bearing on emotional intelligence, namely- Self-Awareness, Self-Management, Social Awareness and Relationship Management. The question is to what extent are these covered in a B-school and the larger issue of it translating into humane endeavours.

Wholeness involves dissolution of borders and self-awareness is a core component of Emotional Quotient as establishing positive norms requires one to symbiotically cohere. Team-building exercises in a B-school help one understand political awareness to assess and exploit resources to one’s advantage. Collective relationships can be developed through this team resonance to tune into another person’s values, goals and priorities. Connecting with the team can be articulated to good effect which takes the role of a shared mission and in its very basic form nature provides a medium for transformation after all rather than serve as an obstacle. 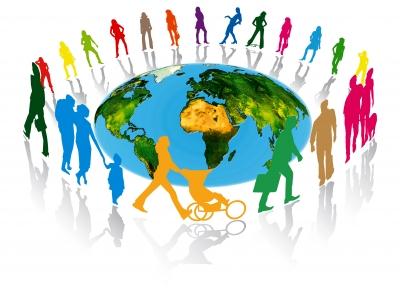 In defining the human experience at Stanford, the humanities have been described as “the study of the myriad ways in which people, from every period of history and from every corner of the globe, process and document the human experience”. If a B-school is meant to prepare one for the rigors of corporate life as global citizens, does this human experience really stand one in good stead at the workplace? At a retreat in Benedictine Abbey job specs for coming up with the ideal CEO arrived at the following:

2. Operate with moderation and self-control, showing maturity and self-awareness

3. Staying impartial and treating employees according to needs

4. Being adaptable, flexible, open to persuasion

5. Allowing other people’s spirituality to prosper through his/her serenity.

This shows the extent to which the mindset has shifted as compassion is valued over other traits in a competitive landscape.

In a Harvard article “Want Innovative Thinking? Hire from the Humanities” written by the CEO of Second Road, Tony Golsby-Smith revealingly said that the knowledge he could use as a CEO can be acquired in two weeks but the foremost that needs to be taught is the analysis and study of history and philosophy. Having strongly established the essence of humanities, let’s examine the aspects of the humane side that a B-school helps us discover.

The first is in tackling complexity and ambiguity. Identifying ambiguous threats requires a big picture mentality through a philosophical, psychological or visual bent of mind for open- ended questions. It can be argued that these aren’t yet nurtured to a level that would help graduates solve them at an organizational level. The manufacturing issues at Genzyme and Johnson & Johnson unearthed process and quality control problems that might have been avoided according to Tony if they had studied the liberal arts.

The second aspect is communication and presentation. Liberal arts score well in this area, making them well-suited for marketing, research and training roles. The focus on writing helps build cogent arguments and theatre/music also develops ones presentation skills. One should also know one’s history to be able to play on the competitive landscape of global markets. In the Indian context, a lot more can be done by B-schools in this regard.

Customer and employee satisfaction is another crucial aspect that comes with deep powers of observation and psychology. Real needs can be uncovered and one’s ability to get under the skin of the customers is tested that doesn’t come out through surveys. Philosophy assumes significance in the area of ethics. Subjects like Organizational Behavior and Consumer Behavior aim at equipping students with these powers but imbibing and applying them is an altogether different ball game.

Another key aspect is innovation for which one’s inherent creativity should come to the fore. Bertrand Russell, the British philosopher and logician held that every great idea starts out as a blasphemy! Humanities help people understand the art of leading and training creative teams. Steve Jobs held how calligraphy helped him design the Macintosh interface. Does a B-school tap into this creativity? Through a broad perspective of humanity, one assumes it translates into a more astute manager with greater flexibility.

Are MBAs designed to have a more humane side? Going by the stories making the rounds, it hardly seems so. A famous story that comes to mind is that of an American businessman visiting a Mexican coastal village. On encountering a fisherman who had collected his stash of tuna for the day, the businessman asks him why he collected so little tuna to which the he replies that it was sufficient to take care of his family needs. “But what do you do now, with all the rest of your time?” asked the businessman. “I take a nap, I play with my children, take siesta with my wife, Maria, and I walk to the village in the evening, sip a little wine, and play music with my friends,” said the fisherman. The American sneered and said that he could help him with his Harvard MBA. He advised him to increase his fish yields, buy a bigger boat, fish more- with the proceeds, buy a fleet of boats and open a cannery. This would lead to controlling the product, processing and distribution while moving to Mexico City, Los Angeles and then New York with an expanding enterprise. Fifteen to twenty years down the line he could sell his company and become a millionaire. “But what then?” asked the fisherman. “Then you could retire, move to a coastal fishing village, fish a little, nap a lot, play with your kids, enjoy time with your wife, and go to the village at night to play music with your friends.”

From the story it can be concluded that the businessman on the dock failed to see his assumptions even as he assumed he knew more than the fisherman and how to fix his problems. Peter Senge in “The Fifth Discipline” says we do not ‘have’ mental models, we ‘are’ mental models. We thus need to hold ourselves to scrutiny in the discipline of working out our mental models. We can either see the corporation as a machine for producing money or as a human community argues Senge. Our destiny should involve an approach of soul-searching rather than money making. Self-actualization can be realized through this state in Maslow’s hierarchy of needs.

Socially and economically the tide is shifting from an emphasis on information to that of imagination. Business leaders would now have to explore uncharted waters and sail into their imagination. Seeking ways to dive into the ocean is what the humanities buy into to embody compassion and generate authentic power. Can studying subjects like Business Ethics put us on the straight and narrow? Most people thought Enron could do no wrong after being named one of the 100 Best Companies to Work for in America and six environmental awards in 2000. Their corporate values stood for communication, respect and integrity. Enron fell and a 64-page paperback containing Enron’s corporate code of ethics was the hot favourite on eBay which an ex-employee selling it claimed it had never been opened!

Do we have to compromise on the heart to make financial gains in a ‘cut-throat’ business world? An executive poet, James Autry was the Senior-Vice President of Meredith Corporation and in his book “Love and Profit: The Art of Caring Leadership”, did not accept the separation of the intellect and spirit in management. He fused his creative persona and business persona and believed that he shouldn’t leave his heart or spirit behind every meeting or encounter. He was able to make the workplace one of wholeness and integrity. Thus there can be spiritual, personal and financial growth. There’s however far too much emphasis laid on the financial implications that leaves much to be desired. The move towards ‘corporate spirituality’ is however gaining momentum and the more engaged people are in transforming thought leaders in institutions the better.

As Kenneth R.P Elletier, Clinical Professor of Medicine and Author aptly remarked “Perhaps the ultimate enterprise of the twenty-first century will be the establishment of a tranquility base, not on the moon, but within humankind”. Evolution is not happening to us but through us and although B-schools have managed to create an aura of the humanities in a vast curriculum, the translation into a more humane side is yet to be truly uncovered which requires a conscientious effort individually and collectively that transcends barriers.

This article has been authored by Vishwas Anand from IIM Kozhikode