Why is God the Best HR Manager

Per capita production by humans: $9900 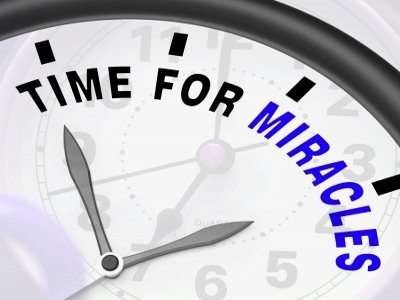 Since the time of birth all the way till death for each of the living beings .

According to most scientists, Life starts when a sperm among trillions of others fuses the ovum . Which one among the trillion will fuse is beyond regulation by any human. Starting from the mate selection to the mechanism of birth God always has the last say . Starting from the selection of lovers to the mechanism of falling in love , regarding who meets whom before whom or regarding who marries whom all the specifics and logistics are overseen by God . But then the process of selection of a human being is not just limited on selection of mates (his mother and father) by God but also dependent on the fusion of the right sperm ( or in other wards the selection of individual from space represented in figure by ?). 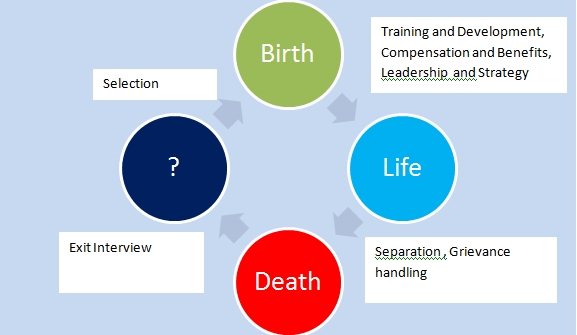 So in conjugation of both the activities of selection of mates and selection of individuals from space finally a recruitment is done .Starting from the selection of mates based on some secret formula called love God decides on the exact sequence of meeting and prevailing conditions to nurture the relationship with each such meeting and condition being selected from trillions of other possibilities using divine logistical technique. However unlike most HR managers who provide recruitment advertisements God being the best HR manager banks on the inherent motivation of souls to be born again .Given that the procedure of selection is not limited to human s alone but all other living forms it involves herculean logistics computations so as to decide on the good and bad souls who take part in the process. However , God too like most hr managers don’t reveal the exact criterion to the souls so that subjectivity remains in the process and that should help selection of the right candidate instead of artificially trained and coached ones. However so that the souls have an idea on what is expected of them God like other HR managers clearly state that soul’s with Good deeds will be eligible for preference of birth however the bad ones will be punished according to their deeds.

Once the selection of an individual is done .Based on the role a kit (body )is provided . Based on the works done by the individual , a regular performance management system keeps on evaluating the performance scores after taking into account the job description and task performed .After these scores were computed a normalisation is done so as to select the best , good , average and below average performers based on the normal curve.

Training and Development of individuals happen over their performance appraisal scores. If an individual performs admirably well gets a chance to train with advanced technologies . However here again there are some carry overs. Some individuals have a previously done great deed ( in previous life) which gets carried over in terms of selection of family for birth . In case the family in which birth took place happens to be one in which one or more individuals have exceedingly high scores of performance then that helps the individual to grow more than perhaps his performance appraisal scores. Through this perhaps God the best HR manager has taken all possible cases into calculation.

At times during the course of life , individuals lack motivation to do something. In which case God changes situations in life inducing a climate which forces an individual to perform to the highest level of his ability . Being already glorified as a symbol of power , faith and trust God provides the leadership to all individuals(all living forms).However during the process of life God keeps to himself the ultimate power of firing any individual( death) or foiling any foul attempt ( by a process called luck). Based on collective performance of the race God takes a global strategy whether and not to allocate new resources(inventions) or to let go some resources( destructions through catastrophe both natural or artificial ).

The Reward and Recognition is done on the basis of performance score and out of job role contribution. The Reward can be in the form of promotion in the existing job role or a promotion can also be termination of existing job role and selection into some other higher role where the possibility of organisational (world) impact can be more. Recognition is usually provided to exceptional performers within that job role .

Often during life too grievances continue to surface from various individuals( from all living forms) . God solves them through promotion of the individual who is in a position of causing a change thus providing him with an opportunity to address the issue. However in cases where grievances are fuelled by greed , the performance scores of the individual is further deducted and that individual is put in a “ Self Destruction and Recursive Cribbing” Plan which is very similar to the “Performance improvement plan” employed by most HR managers. There are also cases where God as an HR manager needed to have a session with the individual inorder to exactly specify what is expected of him . This happened either face to face or through omens.

This article has been authored by Uddalak Banerjee from XLRI.

The views of the author are personal.