Is India Ready for a Multi-cultural Workforce?

A friend of mine once narrated an anecdote. He hails from an orthodox Tamil Brahmin family but was born and brought up in Bombay. After completing his engineering from the University of Bombay, he got a job in a Chennai based software firm. When he reported to the Chennai office, while introducing him to the rest of the team, the Project Lead said to the others in Tamil words to the effect of, “These people from Bombay think too highly of themselves. They’re all flash and no brains.” After which my friend informed him in fluent Tamil that he was a Tamilian. 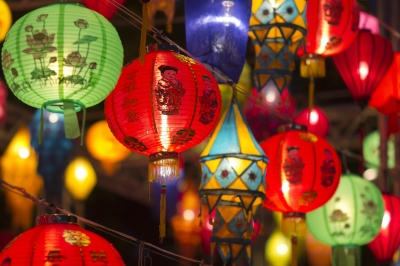 Two years later, he left the company and got a new job with one of India’s largest software vendors back home in Bombay. When he got allocated to a project, the Team Lead told the other members in Marathi that “these Anna people are all stingy and stuck up.” Again my friend had to enlighten them in Marathi about his upbringing.

Although at the time we joked about how he managed to get on the wrong side of both his Leads on the very first day, on closer introspection we realize that not only was this not a one-off, it also is a prevalent problem.

India is a large country with a rich culture and a population that is inherently very diverse. Although we don’t quite have the ethnic disparity of a country like the United States with its large mix of Caucasians, African-Americans, Eastern Europeans like the Polish and the Greeks, the Irish, the Italians, the Hispanic community, the Indians, the Chinese and other Asian communities, we still have a very large mix of people who come from regions that are geographically multifarious and divided by a lot more than just language.

There is a clear demarcation between people from the North like Delhi, Punjab or Haryana, the South like Kerala, Karnataka or Andhra or the East like West Bengal or the sister states. Not only do we frequently refer to them by jocularly derogatory terms like ‘Chinki’ or ‘Ghati’, we often live under stereotyped impressions of their habits, behaviours and even their moral compasses.

However all is not lost. There are quite a few exceptions, especially in big cities such as Bombay or Bangalore which are the hubs for business or technology and a melting pot of numerous cultures. The 2nd or 3rd generation migrants in these cities - like the example I mentioned at the start - are exposed to multiple cultures from a very young age and are immune to the usual stereotypes that plague their parents or grandparents. And these are the people that are or will be entering the workforce in the next few years and will focus more on the person rather than his/her mother’s preference for dosa or butter chicken.

To consider another aspect, the effect of globalization is not restricted only to Pizza Hut or McDonald’s. Growth spurts in developed countries have peaked, and Asian countries like China and India are the new hubs for growth and development. All the major players be it from the world of IT (Accenture, Amdocs, IBM), Telecom (Etisalat, Vodafone, Systema), retail (Walmart) or even furniture (Ikea), want to establish their base in India and get a slice of the pie. There is now a condition of reverse brain drain where the executives from these countries are choosing to work in India for the challenge and the opportunities to build something. This presents the challenge of cultural assimilation of these American or European nationals with the Indian way. However, this is not really a major issue as the majority of these industries already have western counterparts and are affiliated with western corporate culture.

One other interesting cultural revolution that can no longer be ignored is the phenomenon of communities like the LGBT or single mothers. India is at a very awkward place when it comes to integrating such social groups into mainstream society. Although homosexuality is legalized, there is still a lot of social stigma attached to people who come out of the closet. Their choices are often looked down upon as aberrations and frequently described as crimes against nature No wonder they find it difficult to adjust themselves to the mainstream and feel themselves prejudiced against. Another case to be considered is the case of the single mothers. The advent of the nuclear, dual-income family and the unravelling of the social fabric, has led to an increase in the number of divorces in the country. The number of single working mothers is on the up especially in metros. The pressure of balancing a career and a family are immense and these women don’t get the support that their counterparts in other developed countries receive. Our employment programs aren’t yet flexible enough to accommodate their special needs and provide them benefits like flexi-time or work from home facilities. There has been a start with companies like Accenture and Texas Instruments starting these options for their Indian offices, but the overall reach is woefully inadequate.

So we see that the previously perceived cultural barriers of geography or language are not as big as they were a few years ago. Increased cosmopolitan culture and migration of families throughout the country in search of employment has caused a thinning of past cultural hang-ups.

What does need work is social acceptance for the divergent communities and making them feel a part of normal society. There has to be understanding that they are human beings, the same as you and I and are as much a part of our workforce as the ‘mallu’ in the next cubicle. And once such understanding dawns we will be truly ready for a divergent yet unified multi-cultural workforce.

This article has been authored by Nadeem Raj from XLRI

The views of the author are personal.