Strategies to transform the Education sector in Northern India

The transformation of India from a labour-intensive and agro-based economy to a Knowledge driven economy in the last few decades has been phenomenal. Today, Indians are respected all around the globe for their quality services and well established IT sector, which has spread its wings enormously and has become a major growth stimulator for the national economy. Therefore, it would not be difficult to believe that the service sector contributes to around 60% of India’s GDP. 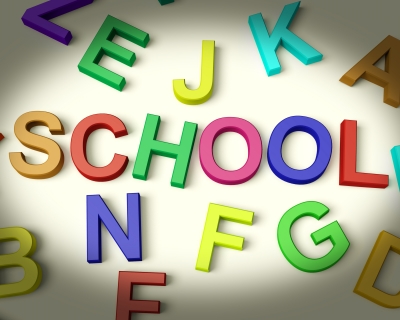 The major strength of a Knowledge based economy lies in its manpower which can only be productive when supported by a strong education base and an even stronger skill development centre. India has a large population base and it is set to emerge as the world’s most populous country by 2020 highlighting the fact that in terms of manpower strength, it is tailor-made to rule the roost.India’s demographic dividend is also a feather in its cap with about 70% of its population below the age of 35. But the advantages of these factors can only be reaped when the available manpower contributes effectively to the country’s GDP growth rather than becoming a burden on it. This leads us to the most important question in this regard-“Is our education infrastructure good enough and are the government policies in terms of skill development effective enough to produce a productive manpower base?” .The answer to this question requires a lot of introspection and brings to the fore the various lacunas that exist- large scale of unemployment, skill shortage and unfulfilled youth aspirations.

If India wants to rise to the throne of a sustainable economic superpower, all these potent problems need to implemented more effectively and sufficient reforms must be brought in to bridge these existing gaps. Needless to mention hereis that out of the projected population growth , around 50% is expected from Northern India particularly from the states of Bihar, Chhattisgarh, Jharkhand, Madhya Pradesh, Uttar Pradesh and Uttaranchal making them the future hubs of growth and most important sources of skilled manpower.

1. A large number of initiatives have been taken by the government to ensure expansion, inclusion and quality in the education sector, most notably being the Right to Education Act which aims to provide free and compulsory education to every child in the age group of 6 to 14 years.The Central Government rules for RTE(MHRD Notification, 2010)requires the presence of a primary school within a 1 km radius and an upper primary school within a 3 km radius.

However, its implementation has been left wanting particularly in the Northern India where the target of total inclusion in elementary education is far from achieved.

The major reason for this can be attributed to lack of clear directions in terms of policy outlines and gaps in the implementation procedure. 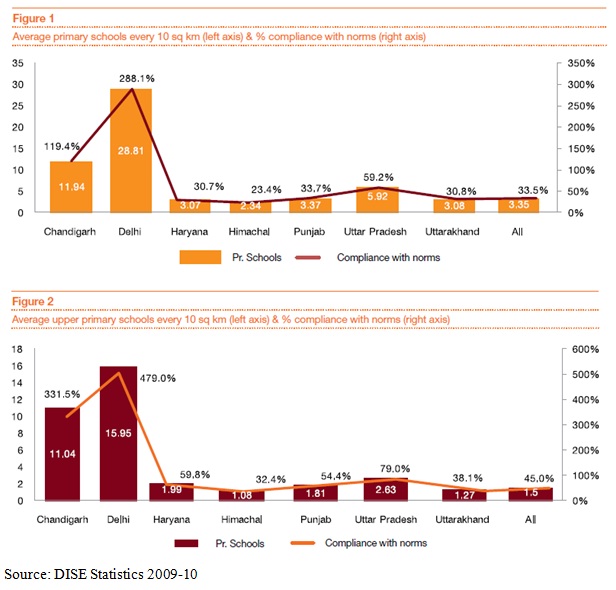 2. There is a discernible increase in outlay in the 12th Five Year Plan in the Education sector amounting to Rs. 4,53,728 crores (increase by 155% from the previous plan) showing the level of urgency to develop this sector.Even in the budget the focus on setting up infrastructure for higher education has increased by 178 percent. However, inspite of such humongous investments, the implementation part remains to be seen as there are several grappling issues in this sector particularly the shortage of teachers and a mismatch between the physical infrastructure and number of students enrolled.

3. Establishment of organisations like NSDC with private partnerships so as to estimate the skill gaps that exist in various sectors and states in the country and inviting the private players to play a pivotal role in the skill creation process.

4. Establishment of various ITI’s and Skill development centres to make the workforce employable according to the industry requirements and to create employment opportunities for the ever increasing workforce.

There are a large number of challenges which must be overcome in Northern India to make it an effective Skill hub.

1. Paucity of teachers/faculty compared to the size of student enrolment in various states of northern India. For example: In Punjab, 20% of the total sanctioned posts (1.5 lakhs) of teachers and instructors lie vacant.

The RTE, 2009 mandates that the student to teacher ratio should be around 30:1. However, in our schools, this ratio is far from achievable and stands at around 70:1 due to shortage of teachers. Also, there are limited teacher training programs which again hampers the quality of the teaching staff.

2. Obsolete curriculum which is incongruous with the industry demands. This problem is prevalent in most of the universities and institutions in Northern India thereby producing manpower whose skills cannot be used to immediate effect.

3. Although Northern India has around 28% of the educational institutes in India(according to a report of MHRD and UGC), this number when compared to the total number of seats required is much below the demand level and the size of the population that wants to get enrolled.

4. Other grappling issues which haunt the education system in Northern India are disparity in enrolment ratio between girls and boys, lack of science and math programs- leading to less enrolment in technical courses and English, not being an enforced medium of communication. These problems must be overcome as soon as possible if India wants to compete on the global stage.

1. The Gross Enrolment Ratio target has been set to 21% in the 12th five year plan compared to the present GER of around 13%, showing that the road ahead requires immense effort and contribution from all the stakeholders involved thereby, helping in bridging this herculean gap.

Innovative funding and financial models need to be implemented inviting both the private and the public investments so as to ensure an all round growth of this sector which is of national importance.

According to estimates, about 33.4 million students from North India are expected to enter higher and vocational Education space by 2016. This huge incremental demand in North India requires colossal investments to the tune of 84 billion USD which can only be served by the involvement of private capital infusion.

2. Technology can play a pivotal role in shaping the education and the skill development sector to meet the future requirements. Information and Communication technology (ICT) can be used to develop in 3 thrust areas namely:

a. Government programs and initiatives can be easily dispensed with the use of ICT by greater and effective co-ordination with the private stakeholders.

a. Alternate modes of learning like e-learning, distance learning, mobile classrooms, online education portals etc. can be used to reduceover dependence on teachers.

b. Also, distance does not remain a bottleneck using these methodologies thereby, reducing cost of the students enrolled in such programs.

c. Such courses also add to alternative sources of revenue for the Universities and the parties providing such courses.

d. Training of teachers can also be a viable option through these methods ensuring up gradation of the skill sets of the teaching and administrative staff.

e. ICT can be used for language training programs also. People interested in learning languages like French , German etc. can apply for online programs and learn these languages without much hassles and difficulties.

• Resource sharing and collaborative development by all the stakeholders

b. Resource sharing will bring in quality and standardized content as the best of minds from all the content development areas can collaborate together and produce the most effective content possible for the students.

3. In spite of 100% FDI allowance through automatic route in the education sector, there has not been very positive and noteworthy responses from the investors all over the world. This can be attributed to too much of red tapism, lack of transparency, less incentives for the private investors and long and obstructive processes. These hurdles should be removed by the government so as to invite such investments for the welfare of this sector.

The foreign education bill which is stuck in the parliament, if passed, will allow foreign universities of great name and repute to set up their centres in India. This would be of immense help for the Northern sector as well as for the entire Indian education sector as the best practices from such universities could be learnt, absorbed and implemented in our Educational institutions. At the same time, our students who prefer going out for higher education will get an opportunity to attain the same quality education in India itself, thereby, mitigating the issue of brain drain.

4. The structure of FICCI, CII and ASSOCHAM (which are formed by the representation of a large number of companies and their representatives for adopting best trade practices and for the welfare of trade) can be emulated and organisations like these can be formed from each of the zones- North, South, East, West. Such organisations should have representation from the zonal Universities as well as prominent private institutions for the welfare of education and skill development. The zonal split will ensure decentralization and less red tapism.

Such associations can meet on a regular basis to talk about the deficiencies in education and steps to be taken to fill those gaps.

Also such institutions can be empowered with decision taking ability so as to bring in more authority and better educational governance.

5. Making accreditation mandatory for all the Universities and private institutions so as to keep up with the desired quality and international benchmarks.

6. Adopting best practices from other countries can also help in improving our Education sector to a great extent.

• Attaching rewards and resource allocation with quality performance and an established benchmark as done in Finland since 1994, can have a positive impact. Such steps might create a competitive environment and also, might coerce public institutions to stretch their limits in terms of quality education and standard operation mechanisms.

• The ministry of Education in Finland supports universities through special appropriations based on their high-quality performance in research, teaching or artistic activities. This model can be replicated in India as well for both Private and Public Institutions.

India’s allocation on R&D is just about 1% of its GDP which is much below the general trend all over the world. This allocation must increase to facilitate quality education and innovative ideas in this regard.

• In Germany, the government and the Higher Education institutes negotiates core funds especially for teaching and research. This method can also be looked at in our country for inculcating the culture of R&D.

An agreement was signed between the Government of Punjab and the Indian school of Business in 2008 to set up campus in Mohali. The project cost was estimated to be around INR 3000 million. ISB managed to get funding to the tune of INR 500 million from the Bharti group, Max group, Hero group and Punj Lloyd. In return for the endowments, ISB set up four specialists COE named after its founder supporters. This structure can also be used to create more education opportunities for the youth of India.

This article has been authored by Amar Jyoti from IMI DELHI