Entrepreneurship in Education - Take The Plunge

Education is the cleanest path to individual opportunity and societal growth and is vital in fuelling a more robust economy. Nelson Mandela aptly describes it as the most vital weapon which one can use to change the world. India being a developing nation with a huge population needs an education strategy that will increase the impact of education investments to deal with new social, economic and global challenges.

India has the demographic advantage of having a majority of youth coupled with an abysmal gross enrolment ratio presents an attractive opportunity to educational sector players. 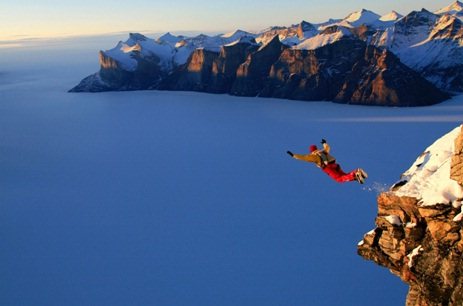 The GER ( Gross Enrolment Ratio) is 18.8 % which is one of the lowest in the developing world. GER measures the total enrolment in higher education as a percentage of of the population in the eligible age range of 18-23 years.

According to a study by the National Skill Development Corporation ( NSDC) , India requires 240 million people in the next 12 years to maintain the growth rate but the Indian education system produces around 15 million people each year which are woefully short to maintain the growth rate. While the govt. run institutions have tried to play their part but to plug in the gap private participation is a must.

Shantanu Prakash, a middle class boy from Delhi opted for a road less travelled. After graduating from IIM-A, when most of his classmates opted for the most cushy jobs at the best MNCs, Shantanu decided to set out on his own and 18 years later, he has no regrets. After founding Educomp in 1994, he has been changing the face of the Indian Education Industry. He has shown what a little dream can do and he has changed the equations of the industry. Educomp is India’s largest education company that has empowered 23 million learners across 40,000 schools TO imagine, think and create a better future. Its operations are spread across the globe with offices in Canada, US, Singapore and India.It also runs 200 schools, 50 K12 schools, six colleges and a higher education campus. It was the first to introduce digital content solutions in the K12 segment. It has also partered with the Govts of 14 states implementing large scale projects taking IT education & training to the remotes of schools. It has also set up Computer labs in Government Schools and also provide multimedia content in regional languages.

What started in 1981 as a computer training institute is an education behemoth today imparting skills in the fields of higher education and vocational training. It has proven that the private sector could make a huge impact on the Indian education industry to make people employable.

Vijay Thadani, its founder and CEO saw the IT revolution coming and opted for a francise model as a strategy. Currently the number of enrollments have crossed 5 lakh people in NIIT’s various computer training programmes. The key element ti its successs was the employability factor i.e. they aided their students find jobs. Today, they have expnded across verticals that include banking, finance & insurance and serve over 12 million students. Recently they have also innaugrated the NIIT University in the Neemrana district of Rajasthan offering Bachelor’s & Master’s programmes in the fields of Enginnering & Technology.

With a start-up capital of Rs. 4,000 invested in rented furniture began a Test-Prep center by Satya Narayan R. in a one room apartment in Noida. Today the company has metamorphosed into CL Educate Pvt. Ltd., a multidimensional corporate spanning the education spectrum. It prides itself as Asia’s leading education service provider led by a team of IIT-IIM graduates. Its founder itself is an IIM Bangalore graduate. It offers test prep solution; employment & employability solutions; schooling; banking/SSC and higher education solution

WHAT ENTREPRENEURS NEED TO KEEP IN MIND WHILE INVESTING ?

• Quality & delivery of the services should be top notch

• Ready to face cut throat competition from the established players.

• The product is the staff and the teachers

WHAT THE GOVERNMENT NEEDS TO KEEP IN MIND ?

• Allowing players to set up profit for institutions, while putting up a strong regulatory framework to ensure quality & transparency.

• Expediting the passage of the Universities Bill to encourage private players to invest in the setting up of innovation universities which are independent of geographies.

This article has been authored by Kashish Chopra from SCMHRD