Another Farcical Dimension Of Post 2008 World Of Finance: Ethics

“Understanding is the first step to acceptance, and only with acceptance can there be recovery.”

-Professor Albus Dumbledore, Harry Potter and the Goblet of Fire

Sentiments are admirable; nevertheless, they should be resorted to when everything else fails. Sentiments are and will be responsible for holocausts. Sentiments cannot be measured using any valuation approach; they just are precursors of global cataclysmic events when given into. Sentiments of greed, power combined with abysmal standards of introspection at the end of the day and one needs nothing more to make a deadly cocktail. A deadly cocktail whose one drop is enough to destroy the world we have so desired and hope to make an improvement as we march ahead to deal with Post 2008 world crisis even after 5 years. Many papers have been written to diagnose the root cause of the problem both empirical and qualitative. 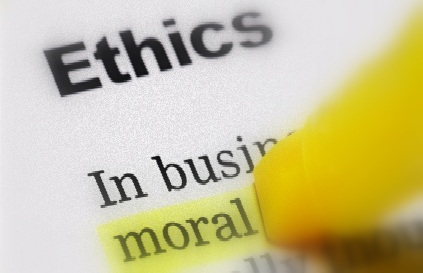 This has even generated a new area of study, namely, behavioral finance. Though, how much contradicting results they may have published, they all point and sing in chorus about a single factor- The desire to earn more- The greed factor- The epitome of needless leverage of the financial statements. It is just not the financial statements that were leveraged, social status, personal pride, self-esteem were all leveraged to get that extra currency of money to splurge. This free flowing sense of utopia that prevailed in populations across continents were all dominated and exploited by the financial markets. Ethics was not just ethic in the literal or physical sense it was the ethics of convenience that super ceded with no firewalls or doubts to climb over. Our everyday financial life is riddled with innocuous terms like options, futures, derivatives, index, savings, consumption and more recently, bubble and fiscal deficit were added to this list which is hitherto a list of problems which we must dedicate ourselves to solve in the coming years.

Lengths of pages have been written about these terms, tonnes of calculation have been done to resolve and to define in exact terms so that we can bet to profit as much as we would like. These pages which are generally in lucid language are out of reach for common people and sometimes, impossible to understand for most of them. Though these papers list the assumptions under which the results were arrived and the risk they carry if we desire to use them are incomprehensive to the common people as they are in lucid language. The papers which seem to generally catch the eye of the common people are those which are made freely available and carry an extra explanation index of the terms used there in. No, but again those papers which were most lucid had the highest relevance but out of reach for the common man and were published in for profit journals of esteem. It is natural to assume that the authors may not have been greedy or have been affected by the crisis of 2008 but there desire to get recognized led them to submit their papers to a for-profit journal with maximum reach in the scientific community.

What is useful to us is the question we must ask ourselves today. Money of course!! We must pay in order to get the thing we most desire. And how do we arrive at the price. The answer could range from charging the least who has the most urgent need or charging the most who could pay the maximum without having the need for the thing. Was the year of 2008 a Bretton woods event, as so many of us had ambitiously assumed to be and five years down the line still optimistically believe to be? The answer is not whether it is right or wrong but whether have we evolved our sense of understanding of things bereft of sentiments. To even assume so now would be tantamount to economic suicide. The thing we most desire has the maximum utility and when we use these things we become happy. But what if the thing we so desire caused pain and destruction to my society, to populations across the globe. Would it, then have the same utility and cause us to become happy. Post 2008, the world has witnessed episodes of protest to make practicing professionals in the field of finance ethically accountable and even, courses on ethics were launched, most notably being the ethics pledge of Harvard Business School called the MBA oath. Nothing better than a response to a crisis but to incorporate it as a different area of study.

This article has been authored by Mudit Gupta from Dun & Bradstreet