Attrition - Does Anyone Really Care

Recently, we have seen a lot of corporate bigwigs talk about the causes and consequences of attrition in various sectors. The alarming rate at which fresh out of college young graduates are leaving corporate firms within a year has caused and led to many major planning misbalances. The attrition problem has become such a pain for aging top management that they began questioning the capability of the present generation and also accused them of not being committed to their job/work. Before we get ourselves into the mud fight and begin dirt slinging, let’s in this article have a closer look at a college pass out who grew up watching American television and has the notion of a workplace as a very cool and happening place.

Rango is a civil engineering student in his 3rd year of graduation. Amidst the placement season, Rango is sitting excitedly in his college auditorium for his dream company’s presentation that has offices at the country’s most happening coastal area. As expected, the HR personnel with her nice, polite and welcoming approach, with a couple of hep videos depicting the free, equal work culture at the firm and their angelic treatment of new joinees, was able to convince Rango’s naïve mind that this is the very company where he will find the exact working trend which he used to see and admire in western culture through television. Much to the amusement of Rango, he got in and a couple of months after his final semester he along with a 30 odd other newbies were called to the company headquarters for induction. 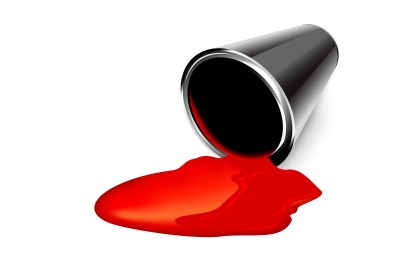 This new energetic lot reached the headquarters and found themselves accommodated in a decent hotel with 3 people stuffed in a double bedroom. After the first day of the induction, they were required to visit each and every plant of the company. There at the plants they met with the cruel reality of corporate firms. Rango and group were roaming across the plant area without any sense of direction or proper system. After giving them meal coupons, the HR had disappeared and the rest of the working population pushed them around and shooed them away. No one out there was willing to either listen to them or even address their queries. The following 10 days of induction were no different.

Rango woke up on the 11th day from a dream, he was one of the executives with others working efficiently as a part of the group that he had seen in the company presentation video. With this picture in his head, Rango went to his office for his first working day and met his reporting manager. He came face to face with a depressed, sad looking man who had just about five minutes for briefing young Rango on his duties during the probation period.

Rango was moved to the company accommodation. It was a place which reminded him of the government hospital rooms in his village and the toilet made him recall the movie ‘Trainspotting’. The next day Rango woke up to a new surprise, there was no water in the tap. Frantically, not wanting to be late, he managed to make himself presentable (without water) and reached office. This continued the next day too. He then thought of notifying the HR Dept. about the water issue and the decrepit condition of his accommodation. The HR lady assured necessary action asap. Believing her Rango went back in peace and waited. He kept on waiting.

It was after 100 days of no action from HR, no proper attention from manager, no guidance from practically anyone in the office, Rango realized the reality of his dream company. The treatment that he received made him so dull that he began to think that he is becoming more like his reporting manager; sad, gloomy and depressed. This very thought scared the wits out of him and hence, he refused to let this abominable thing happen to him.

Rango’s story is almost the story of every fresh graduate whom these corporate firms lure with fancy videos and false promises of progressive and supportive work culture. It’s only after a few months of negligence and bad behaviour that freshers like Rango decide to call it quits. Since high attrition rate is impacting companies’ bottomlines, companies should look forward to better their treatment towards the new lot and should modify their workplace according to their needs rather than simply taking potshots at young graduates.