The 21st century has brought in its wake a new power that Homo sapiens can wield: technology. Technology has affected, altered rather human existence on this planet in ways previously unimaginable. Even management, a field considered to be a discipline restricted to people has been affected by technology and not just in a broad, macro fashion. Operations management has inculcated technology for better product design, process reengineering and many other functions. Marketing has evolved its supply chain management and customer relationship management functions. Finance has new budget allocation techniques. IT and ITES, as a field, is practically based on technology.

HR as a discipline has evolved over decades, changing from the entire focus being on exploiting human capital to finding the right person for the right job to associating technology with the dynamism of the discipline. It is important to understand the fact that nowadays technology is all-pervasive. A very simple example would be that of social networking. Social networking, as opposed to what it would have meant a decade ago, has become synonymous with social networking sites like Facebook, Twitter etc. Every single aspect of our private lives, or atleast a majority of them, are being broadcasted on these websites. But the important factor to consider now is that recruiters have begun to leverage social media to screen and recruit potential candidates. According to a survey, 90% of HR professionals believe that social networking should be used as an HR tool. Ten years back, who would’ve considered this? Believe it or not, the decade has turned for good and this will have a big time impact on the discipline of HR. 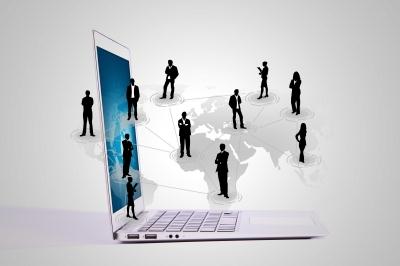 Another important aspect to consider is that of retaining synergy between human resources and technology. It is important to understand that in the Indian context, technology has been viewed as a threat at worst and a tool at best. The quintessential employee is always on the lookout for technology only as a potential shortcut and somewhere down the line, our mindset has hardwired this instinct into us. It is imperative to understand that any change or anything new when brought into the system, presents a unique problem and attacks the underlying inertia. Especially in today’s context, when the environment has become so dynamic, it is very easy for the basal instinct to take over and pit us against any change, especially if it is as huge in magnitude as technology.

There are some very specific instances which are pointed out as problems related to the discipline of HR. A cap is often placed on HR’s involvement in overall decision making; in most cases, the HR division is not a part of strategy planning and formulation. Mostly, this non-involvement is attributed to the lack of evident connections with the business as a whole. HR Analytics can provide a foundation for compiling data and establishing organization-driving processes. More importantly, HR Analytics can provide the quantifiable bases which are so often found missing in HR-related reports.

Another important domain to be considered in HR is that of training and development. India has emerged as a leading service provider on the global scene. A very important parameter of this success is the fact that Indian employees have a known tendency to react well to training programmes. Technology has emerged as a very crucial tool for imparting training to employees. Various simulations which are being used as training exercises are all examples of technology’s involvement. A very rapidly emerging employee-engagement and training strategy “gamification”, is entirely based on technology to provide solutions. According to a study, 69% of the companies have increased the use of mobile or web-based platforms in the last 3 years.

MIS is a known apparatus for supplementing management decision making, especially in the upper echelons. Any HR executive has to take decisions which have both day-to-day as well as long term ramifications. Another example could be that of HRIS, a tool with immense supplementary potential to facilitate HR decision making and strategizing is concerned.

HR as a specialization and a unique discipline in itself, has not progressed in terms of technological advancement as other management functions. The solution is HR Technology. Strictly speaking, HR is a more about capturing the human element and each and every element of HR function is a testament to that, be it recruitment, policy making or dispute resolution. Technology can play a very important role in streamlining this function, especially since the current scenario is so dynamic and is changing at a rapid rate.

One thing is amply clear from just a prima facie look at the current workplace scenario – HR is set for sea change. In the words of John Boudreau and Peter Ramstad, “human resources is at a critical inflection point, poised between the administrative focus of support services and its potential role as a true decision science.” Although HR has been gaining importance lately and organisations have begun making a positive effort in this direction, we are far from a solution. HR Technology can play a pivotal role in providing a long-term solution. It would only be wise to synergise the thoughts and efforts of industry professionals and provide a concrete foundation for the advancement in HR Technology, both in a local and a global context.

This article has been authored by Jayesh Surisetti from IIM Raipur