Winner takes all in Networked Markets

Why is Amazon so strong in U.S? Why is Adobe Reader the most preferred document reader? Why cannot any firm compete with YouTube? Why is EBay ruling the online auction market? Why is Windows No 1 operating system?

What are networks: A network is a system of inter-connected nodes. The nodes can be people (e.g., Stanford’s alumni network), companies (e.g., NBC’s network of affiliated TV stations), places (e.g., the network of cities served by British Airways) or things (e.g., computers on a local area network). In platform mediated networks, the nodes are called network users. Network users are independent actors who participate in a network in order to interact with each other. 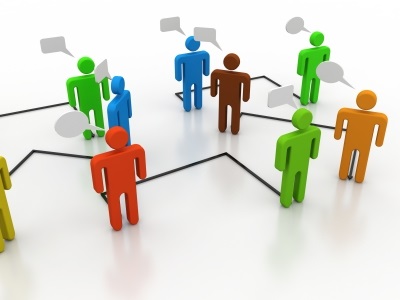 Types of networks: Networks can be one sided – homogenous users who all perform same functions. For e.g. although stock trade has buyers and sellers, these roles are transient. Two sided networks have two distinct user groups whose respective members consistently play the same role in transactions. Examples of two sided networks include credit cards, comprised of card holders and merchants; travel reservation agencies (agents and airlines) and video games (games and developers). Some networks are three sided. E.g. YouTube link three sets of network users: content consumers, third party content providers and advertisers. Members of each group exhibit a strong preference regarding number of members in other groups (cross sided network effects) as well as in their own group (same sided network effects).

Platform providers mediate network users’ interaction. Platform sponsors do not deal directly with users; rather, they hold rights to modify the platforms’ technology and determine who may act as platform providers. Single firm may play both the roles (e.g. Skype, Monster.com, and Xbox).

Two platforms are part of same networked market if changing the cost to users of affiliating with one platform influences the volume of transactions mediated by the second platform. E.g. Visa, MasterCard and American Express are three different networks and together they comprise a networked market: U.S credit card industry.

Factors influencing Platform Structure: Whether the market is a natural monopoly, multi-homing costs, the strengths of network effects and users’ preference for differentiated platform functionality.

The DVD market is Winner takes it all market. Multi-homing costs are high for consumers because it will be expensive to own multiple players to handle incompatible formats. Similarly multi-homing costs are high for studios because incompatible formats will boost retailers’ inventories. Cross-side network effects are strong for both the sides: consumers’ value access to wide variety of titles and studios realize scale economies when they can sell to more consumers. Opportunities for technical differentiation are low. This shows that the current battle: Blu-Ray vs. HD DVD is likely to end with victory of one format over the other.

Adobe’s Portable Document Reader (PDF) consists of readers and writers. Multi-homing costs would be high for writers in presence of multiple universal document presentations. However readers’ multi-homing costs would be low since those formats are easily available and simple to operate. Readers’ preference for variety is also very strong. Neither side has strong preference for differentiated functionality which is the case with Adobe. Enhanced functionality can be provided by premium versions. Hence the outcome will be WTA.

The above two examples shows how the four factors discussed jointly determine the outcome of the platform structures.

The article has been authored by Chand Ajmera, Indian Institute of Management, Kozhikode