Supply chain management has become one of the integral parts of any organization’s value chain and its efficiency is one of the key factors in determining its productivity. Today more and more firms are exploiting the benefits of globalization and trade agreements for sourcing of raw materials, cheap labour and production costs and finding new emerging markets for business growth. Hence the importance of analyzing the global supply chain of manufacturing and technological giants who are setting new benchmarks in SCM for the industry. We would also discuss the diverse set of risks associated with global supply chains and how firms are attempting to mitigate them. 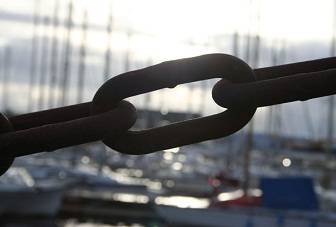 Recent news reports claimed that Foxconn, the world’s largest contract electronics supplier and manufacturer, faced a riot of 2000 odd workers at one of its plants in China. The affected plant is supposed to assemble 57 million iPhone- 5s by the year end. The list of the clients of Foxconn includes Hewlett Packard, Sony, Dell, Nokia and others.

Now let us focus on the fact that the 2012 Gartner study for the supply chain Top-25 reveals Apple at No.1 while HP at 24 and Dell at No.4. Every company in the Top-25 list has a multi-national presence driven by efficient global supply chains.

The link between the two is that of risk and return. The global leaders across various industries invest huge sums in their supply chain and logistics operations and reap huge cost benefits and operational leverage, while in adverse scenarios which may be economic, natural or social; they are the ones who bear the brunt.

When Henry Ford started Ford Motor Company; he relied on of suppliers near his factories. He had more control over the supply chain as they were located near to the plant and he could clearly understand and manage the variables affecting the production process. If any one supplier failed to meet his manufacturing demands, another could fill in with minimal delay. However, the past decades have experienced a tectonic shift in the world economic order with globalization, rapid commercialization and cut-throat competition compelling firms to move out of their local geography in search of newer ones. The benefits- lower production cost, cheap labour and raw material, high revenue and profits. The recent global meltdown and the ongoing financial sluggishness posed even bigger challenge for firms to stay competitive and profitable. The agile ones responded with optimization of resources and minimizing their production costs by venturing into newer geographies. This paid huge dividends when implemented successfully but brought along enormous operational and financial risk –the biggest instance being the earthquake in Japan in 2011.

Hence the imperative to understand the management of global supply circle and the risks associated with it. The prime reason for outsourcing operations is a purely economic one while the others are listed in the table.

Though the advantages are huge, the hindrances are also significant which are discussed below:

Companies are aggressively focusing on reduction of inventory to free-up cash for day-to-day operations as the traditional resources of working capital generation are becoming financially unviable and unavailable. They are revamping the product assortments to focus more on profitable products and putting an end to the cost-bearing ones and lowering operating costs by channelizing more resources in enhancing the productivity.

In this pessimistic business scenario, the sustainability and business profitability of companies are at serious crossroads. So a rise in bankruptcy cases among suppliers is inevitable and organizations have to re-evaluate their existing supply chains to re-calibrate and support the key partners and try to minimize the number of potential “weak links”. Meanwhile focus should also be on establishing contract with multiple suppliers for a single category of product or component to make sure that supply chains run smoothly in difficult times.

Manufacturers are re-aligning their supply chains by bringing plant operations within their scope of control and sourcing from vendors closer to home and away from Asia though they are low cost and more profitable. The new term being “near-sourcing” replacing “out-sourcing” gradually. The main deterrent in Asian countries are constrained free trade agreements, rising energy costs, and escalating labour and production costs which are compelling companies to re-evaluate their global supply chains. Mexico is increasingly becoming a preferred destination for manufactured goods as companies are leveraging on the financial incentives provided in Mexico’s multiple free trade agreements and exploit the investment incentives to the optimum.

A couple of years ago, serious quality issues were found out with many goods produced and sourced from China. The cost of recall often makes a serious dent on the balance sheet of the company with the loss of consumer confidence difficult to assess and mitigate. The recent spree of recall of Toyota and GM are also indicating a serious issue of global supply chain risk.

The risk of power failure and other infrastructure impediments are also a major component of global supply chain risks. China has two-third of the country’s provinces experiencing power shortages. A huge concentration of manufacturers in China is operating in regions exposed to floods, typhoons, earthquakes and potential electrical blackouts. The recent example of grid failure and black-out in Northern states of India caused heavy losses to auto-parts manufacturing companies who are first and second tier suppliers to the global auto giants. Cultural ‘gap’ between the two firms is also a major source of conflict while implementing global supply chains. In case of a French automobile company, the gap between the North American customers, the Chinese production facilities and the top executive team in France resulted in a production crisis. The management teams in all the three continents were sensitive to cultural differences but lacked the professional will to arrive at a common conclusion and get the desired performance level.

These risks have very less probability to appear in common consideration while designing a global supply chain system, but their consequences as and when they occur, have the potential to create enormous distortion in the entire supply chain. We are often unaware of what exactly we are fighting against, so the best practice is to have a set of standard protocols and anticipatory actions in place to ensure a prompt, effective reaction to such a situation whenever it arises.

The more potent risk is the collaborative nature of the risk factors. They often prove to be more disastrous when occur together. For example, as the distance increases between the supplier and the buyer, transportation cost becomes significant and the lead time increases substantially which in effect hampers product delivery and customer confidence.

The plausible way to mitigate such risks to an acceptable level is to choose the supplier after exhaustive analysis of all the risk factors pertaining to the supplier even at the expense of higher investment. Short-term profit gains shouldn’t be a deciding factor for deciding global supply chain strategy.

To mitigate risks associated with global sourcing, companies today have looked at alternate suppliers across the globe with a focus on features which their primary suppliers have been missing out on – reliable transportation, proximity to raw materials, macro-economic conditions. This strategy ensures that even on any disruption of service by the primary supplier, the company has a fallback option and the production does not stop.

Collaborative relationships with the suppliers- primary and secondary as well as with members further down in the supply chain has been the norm of the day. A prominent apparel manufacturer in the U.S. recently hit the headlines as they extended monetary support to one of their second tier supplier for its routine operating costs as the company was unable to access credit from the market.

Organizations need to keep in mind the lead times of suppliers and the entire supply chain to avoid any stock out situations or idle inventory. Critical decisions regarding the location of the suppliers could make the difference. In case of sudden spike in demand, the company should have the resources and suppliers to provide them with raw materials and ancillaries to meet the demand.

Accurate forecasts might be a myth, but a good sales forecast is of paramount importance for a company. Not only would it keep the costs down but also maximize profit and help in successfully managing the entire supply chain. Supply chain visibility can be defined as the traceability of the product from then manufacturer to last destination. If the organization business spans globally, there is a need for real time visibility into the status of order, shipments and in-transit inventory. The detailed visibility that is demanded by each stage of supply chain is cited in the process flow diagram.

It helps in maintaining the inventory and preventing blue-whip effect in a supply chain. Also we can plan for an impending situation due to availability of a real time data of each stage.

The costs involved in managing a global supply chain are huge but are outweighed by the benefits received by the organization in the long run. It has been time and again proved that companies with effective supply chain have been more successful than their competitions. With global supply chain in place, organizations have mitigated their risks to considerable extent and benefited substantially from their channel members.

This article has been authored by Smruti Sankar Lenka and Vishal Kapoor from XIMB.