This article tries to examine the impact of Web2.0 on the future of Public Relations(PR) - i.e. managing the flow of information between an organization and general public. This impact if had to be summarized in a sentence, would have been: "The means will change, the ends will still remain the same." 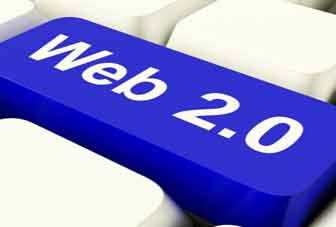 PR industry has been faced with the rise of media such as newsprint, radio and television earlier and responded by leveraging the strengths of these media to communicate an organization's message to public. With Web2.0, PR has got an additional medium that differs from its predecessors in terms of:

The following section describes the opportunities and threats that potential marriage between Web2.0 and PR presents.

Unmatched reach: While the level of public participation in web2.0 exposes it to clutter, it also ensures that a well articulated PR campaign would undergo 'Multiplier effect', wherein, individuals who like a PR campaign will voluntarily propagate it to other individuals, multiplying its reach. E.g. Subway's Eat Healthy campaign.

Crowd-sourcing: Rather than having a dedicated marketing department, scouting for product ideas, start-ups can outsource their marketing efforts. Upon clearly articulating their needs on a Web2.0 platform, they can solicit ideas for products and campaigns. E.g. RBI receiving 3000 entries from public, regarding design of the rupee symbol. P&G Connect+  not only shores up public's interest in its products but also solicits ideas from public on a variety of products. Olay Regenrist has been one such crowd generated idea.

Cost Savings: Unlike traditional media channels (print and television), the unprecedented reach of web2.0 comes at a fraction of cost. Aside from content creation investments, hosting a commercial page on facebook, twitter and youtube are free. Brands like Tata Docomo's 8.7Million and Shopper's Stop's 1.7Million fecebook fans stand testament to this reach.

Big data Analytics: Web2.0 generates data at exponential rate, e.g. Facebook, by 2012 had amassed 30+Petabytes of data. Mining into this data could give PR professionals insights into what factors and which key individuals shapes up public opinion. Services like Alexa rankings and Google trends, help to keep track of the reach of a PR campaign.

No retakes: Web2.0 as PR medium has one caveat - No second chances. The context has to be right and unambiguous; otherwise competitors can dissect the campaign out of context causing firm to take a defensive stance. e.g. Shashi Tharoor's Cattle class comment on twitter caused significant political upheaval.

Shortened attention span: The barrage of online content overloads individuals with information, thereby forcing people to adopt mental heuristics while accessing online content. This leads to a situation in which even good PR campaign fails to register in public memory. Only exceptionally well delivered content ends up making a mark.

Lack of control: The very factors that make web2.0 an attractive option as a PR medium, can go against it too. Due to high speed of spread, even slander about companies are liable to spread like wildfires, before companies can take any remedial actions against it. Google's stock tumbled by 20% when its quarterly financial results found inadvertently got released on the internet prematurely

Due to their inherent qualities, Web2.0 platforms are bound to become a necessity for the companies. These qualities if aligned with the market opportunities, can help companies to present a consistent point of view across all media. However PR professionals, unaccustomed to the risks the bi-directionality of Web2.0, need to balance the tight-rope walk of reaching a large audience and staying in their good books.

This article has been authored by Ankit Dhawan from IIM Indore.