The Part where you Start - Attitudes and Platitudes in Innovation

Did Archimedes have a Eureka moment? To be sure, we have Vitruvius’ account of him having said “eureka!”, but was the experience behind this exclamation that of a singular moment of revelation of the eponymous principle in science? Is the start-up founder supposed to display such symptoms? The line between creative and crazy may well be thin, but what explains the celebration of the eccentricity of modern-day demigods like Bill Gates and Nikola Tesla?

It is common today to emphasise innovation in nearly every endeavour, such that it has acquired a generic sense of ‘improvement’ rather than, say, a radical sense of ‘creation’ as its etymology suggests. Movies and books about celebrated companies like Apple, and often the companies’ very messages (as evident in the name), reinforce the idea that innovation is largely a charm worked out by the genius of its founders. Legends ranging from Newton’s ‘discovery’ of gravity to the development of the double helical model point to the idea of one magical moment of truth. 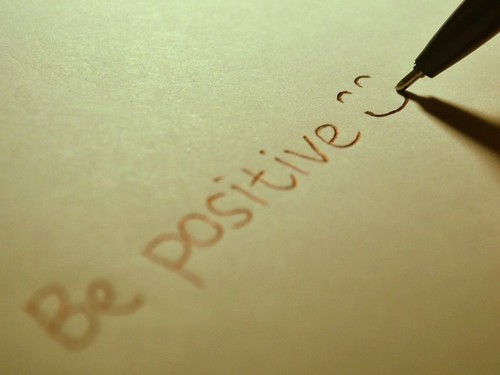 As a logical consequence of this idea, there are gurus and books that expound the principles – as gleaned from the lifestyles of the great men and women – to unlocking creativity within. These principles often wade into what might otherwise have been soundly rejected as irrelevant details – we are often fascinated by the peculiar clothing, mannerisms and routines of the greats. It is unproductive at best, however, to then go ahead and emulate these aspects into our own lives.

Now it is not the case, of course, that these stories are completely false or that the kernel of truth in them is irrelevant. Although some of the stories are blatant falsehoods grown stronger by the aid of time (such as the story of Newton having to wait for an apple to fall on his head to begin investigations into gravity), many are historically well-established. The problem is that only the snapshot comes to be considered as the full glory in posterity – the ‘before’ and ‘after’ are forgotten. It may be a truism that no innovation happens in a vacuum, yet given such ideas relating to creative development, it is hard to keep in mind that there is a great deal of brewing happening before the grand formation. This revelation itself is only like putting the last piece in the puzzle in the right place. The numerous steps leading to this moment are equally or perhaps of greater importance than the moment of completion. Apart from this attitudinal drift, we are recipients of several aphorisms (chief culprit: Western tradition) such as “necessity is the mother of invention” and “build a better mousetrap…” – these are of course not false, but taken wholesale are very misleading, because their own opposite statements would often be equally true orsound “prophetic”.

What then is The One True Way to creativity, development, radical innovation, revolution?

Curtly put, there is no One True Way. If the same metaphor of routes is to be used, the reality of coming up with something new and useful is rather akin to a network of rugged pathways, some incomplete, some leading nowhere, some misleading, some requiring extensive detours, some under construction, some leading to a dead-end, some with too much traffic, some leading back to where you were, some extremely dangerous, some hidden. But talk of “roadmap(s) to success” is itself misleading because it suggests that it is simple in the way that using GPS in a cosy car to get to a town is. The problem, of course, is that in business one does not want to simply ‘go to town X’, but to own the town X and the routes leading to it. This is something no roadmap can ever hope to teach.

As Peter Drucker said in his Innovation and Entrepreneurship:

Successful entrepreneurs do not wait until "the Muse kisses them" and gives them a "bright idea"; they go to work. Altogether, they do not look for the "biggie," the innovation that will "revolutionize the industry," create a "billion-dollar business," or "make one rich over night." Those entrepreneurs who start out with the idea that they'll make it big—and in a hurry—can be guaranteed failure. They are almost bound to do the wrong things.

But although there are “no guarantees in life”, there are some necessary conditions that can be specified. Four such elements are required such that there is little possibility of achieving innovative breakthroughs without them:

1. Curiosity: love for a particular vocation or venture may be unconditional, but curiosity must certainly adhere, even if very loosely, to this love – or else it’s just emulation of ADHD. In almost all discoveries and inventions, both accidental as well as ‘intentional’, curiosity is the quiet engine of exploration.

2. Resourcefulness: the quality of picking up information on the go, of seeing resources where none were thought to exist, of maximising utility therefrom is much required. To have superior and a greater quantity of resources is also often the very aim of the journey, thus enabling a positive spiral.

3. Openness: the recognition that there exist various ways to one same end, the ability to combine, divide, trade and develop resources in ways not thought of conventionally or ‘logically’, the temperament to slide along rough bends playfully without letting one’s ego get bruised are important for the first two aspects to continue to manifest.

4. Willingness: there undoubtedly comes a time when one questions the very undertaking, when one feels the benefits are not justified by the costs, when one feels attracted to other undertakings. This is the time to introspect and to commit to be willing if the reasons that suggest an exit are flimsy, irrelevant or unlikely to have significant impact.

This is the CROW in the story of innovation – the embodiment of the main causative agents. The crow of Panchatantra fame did not miraculously or magically find a way to make the water rise, even if it had been accidental. All four aspects are seen in the crow’s attempt to innovate and satisfy a desire. Of course, there were plenty of other factors responsible for the success (enough stones, enough water etc.). Moreover there are exogenous factors simply beyond the scope of the story – how did the crow happen to be at that particular scene, the crow’s biographical trajectory prior to this incident, other competitors waiting for the right occasion. It should, therefore, be borne in mind that these are necessary but not sufficient conditions. What the sufficient conditions are – as evidenced by us often referring to them as due to ‘luck’ -- remain a mystery – whence, to come full circle as it were, the magic.

This article has been authored by Akshay Peshave from SIMSR