It is not about dreaming big, it is about choosing right things

Beginning of any start-up starts with a dream; dream to achieve big and aim to reach high. But is it sufficient to have good ideas and big dreams to make dreams come true and achieve the pinnacle of success. The answer is “NO”- because it is not about good ideas and dreaming big. It is about choosing the right things, right people and right path to follow. There are ample of bright-eyed entrepreneurs who have given a lot in their ingenious and promising ideas only to see their money and time investment crash in flames. It is not because their ideas were not good enough to witness success, but it happens because these start-ups lack in some areas or may be time was not good enough.

There is a common saying for start-ups “being early is the same as being wrong.” 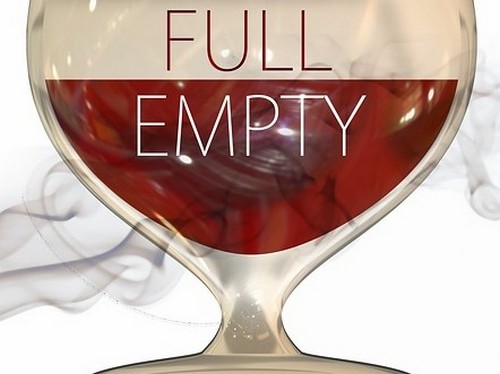 Lacking of proper planning or early move in the market, which is not ready to accept the new change and innovations led to the pitfall of many start-ups. Because it is not only about good or bad ideas; it is about ideas that amaze people and make them talk. There are numbers of start-ups who failed not because lack of passion, but lack of customers. Any successful start-up you can think of, was tried by someone before and failed.

There is list of start-ups who failed because lacking in one area or the other; or due to early move in the market-

• Sonar- an app which was created to make world a friendlier place. Using platforms like facebook, twitter to make alerts whenever any friend is in your area. Idea was great but it failed because they valued engagement over growth and distracted by events and side projects instead of focussing on this project.

• Plancast- an app which allows users to share information about their plans and social engagements failed to make a way to customers’ hearts. People were not that active on social media for RSVPing and never past the early adopter.

• WebTV- An amazing innovation which allows customers to get online on their TVs without any need of PC. This start-up should have succeeded but failed because people were not that much fond of internet at that time.

• Napster- Grand Daddy of music downloading which had enjoyed 80 million users at that faced so many legal issues back then, sued by artists for not paying them any compensation. Then bought by Best Buy and now merged with Rhapsody; and a start-up failed before achieving the pinnacle.

• Boo.com- This was a European fashion designer site launched when revolution of internet was in its beginning phase. Because of low internet penetration this remarkable start-up collapsed after investment of $135 million.

Well these are just a few names; there is a never ending list of start-ups that failed before making a mark in the industry. Surveys have shown that 9 out of 10 start-ups failed due to one reason or the many. Reasons are not that ideas were not good enough; there are other start-ups who got the same idea and had created history.

Successful start-ups with same ideas succeeded to sail through because of the approach they had adopted. There is a common trend one can notice among successful businesses, they never give up. They had crossed all the obstacles and never let roadblocks hindering their growth. Ideas alone cannot stand in the midst of vigorous competition; it needs people who are behind these ideas and their commitment to support their vision.

Biggest reason of failure for most of the markets is the lack of the market for their product. Surveys have determined that 42% of start-ups failed because “they make products that no one wants”. Early move in the market becomes wrong as it becomes boon sometimes. Before investing time, energy and money in any start-up make sure you are making right product for the right market.

Growth is the thing for which entrepreneurs crave for and investors need. Growth leads to growth which leads to more growth. A company which is not growing is actually shrinking and entrepreneur should not be satisfied with single digit growth. And when certain amount of growth is not observed after good amount of time that means company is not going anywhere. And that leads to the second biggest reason of failure that is lack of funding. When growth does not happen that leads to running out of cash. So entrepreneur should not be happy with single digit growth and take growth factor seriously before it starts losing funding.

You have brilliant idea and great funding but still you are not going anywhere. The reason is that they do not have passionate team to withstand the blows of tough market. A passionate team is the back of any successful business. In a start-up team cannot segment its responsibilities and work, pay attention on their business not in their business. Because work in a start-up is organic and everyone works for it.

Another important aspect that is ignored by some start-ups is marketing. Marketing which is as crucial as funding is. If people don’t know about your product then how will you create demand for your product? Start-ups are so focussed on their product that they do not pay much attention to their brand awareness. This should not be neglected in the initial phase of the start-up.

The most important ingredient for the successful start-up is unstoppable determination, passion and optimism. Without positive attitude an entrepreneur cannot sail through the storm of competition and fear of failure. Many start-ups have failed not because of lack of money or brilliance but because of the fact that entrepreneurs were not able to sustain competition pressure.

For a successful start-up, these four essentials are must- money, traction, vision and team. These can make a start-up to bust-up and are the lifelines of any start-up. That is why good ideas are not necessarily means good businesses. It takes more than just good idea; many of the start-ups have lost in the sand of past who were lacking these.

This article has been authored by Richa Garg from SIMSR