With the gen-next cool trend to start working on new and innovative ideas, India is all set to outperform all other nations on the world stage in the years to come. Setting up of small businesses by these young entrepreneurs is definitely going to boost the Indian economy in the near future. India is a home for almost 3100 startups starting per year standing just behind US, UK and Israel according to the NASSCOM report of 2015. If the growth is continued on the same pace then it is expected that Indian tech startups will generate almost 2.5 lakh jobs in the next five years.

Initially, India was considered as the market for providing cheap labor to the world and for export of Indian services in the field of IT. Due to this India has witnessed low product development and innovation in the past. But, still it is not too late and the culture of startups has started in India in the recent past. It has already started bearing fruits and is all geared up to benefit the Indian economy in the long run. 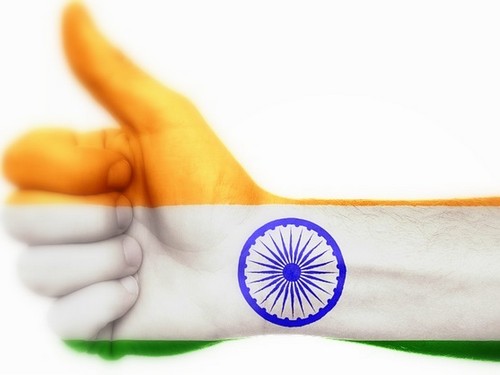 Tech startups are leading the growth of startup era and it is ready to boost revenue generated by IT-BPM sector by almost 12-14 per cent for the current fiscal year as well. It is anticipated that the e-commerce market of India will grow by more than 50% within the next five years. India witnessed the largest infusion of capital from overseas through venture capital funds in the year 2014 in the indigenous startups. After the inception of new government in the center, an optimistic view has been developed around the growth story of Indian economy. This government has also started working towards improving India’s rank in World Bank ease of doing business in which India is currently ranked at 142 positions. This will definitely boost the startups of the country. Foreign investors have started looking towards India as a favorable investment destination. Indian startups are proving to be the major tool for diverting a huge chunk of foreign wealth into the Indian economy.

Developed nations are now looking towards fast growing and emerging nations such as India to tap the huge untapped potential in these markets. In the recent years, different countries are taking different initiatives to link up their businesses with the Indian startups. For Example: Business council of India in United Kingdom (UKIBC) is hosting startups of India in UK. Similarly, Swissnex, an agency of Switzerland is conducting market research in India with the help of its entrepreneurs to identify suitable business opportunities for them. On the same lines, Zone Startups based in Toronto Canada is also conducting research to understand Indian taste, culture and requirements that they can fulfill. It is said that almost all global giants such as Walmart, Goldman Sachs, Target, Thomson Reuters are eyeing towards Indian startups to tap the huge business opportunity.

Venture capital funds from abroad and angel investors are proving to be a big boon for Indian startup story. Indian startups such as Flipkart, Olacabs, Snapdeal, Hike, Shopclues, Freecharge, Inmobi etc. receive various rounds of follow-on financing as well either from their existing investors or from any new investor. These various rounds of funding also help these firms to hire more talent into the company. This helps the company to grow strategically and also add some more experienced people in the firm. In the recent times head hunting and poaching are common among these tech startups. There is a huge demand for Indian software engineers around the world. Any startup owner in any country sets an eye to hire talent from India, since it reduces their cost by almost 25% and at the same time it provides a very good employment opportunity for the developer.

Apart from funding, mergers and acquisitions are also helping these startup companies to grow by acquiring new capabilities directly and expanding into the market share of the acquired company. The best example of this could be buying of Myntra, an app based shopping portal by another technology giant Flipkart to gain the market share. Snapdeal recently acquired Freecharge to grow into the area of mobile payment gateways, since mobile payments are a next hot spot sensed by various startups presenting immense opportunities for further penetration. Not only in India but also internationally tech giants have used acquisition of companies as a way to maintain their position of market leader and also as a way to enhance diversification. An example of this could be acquisition of messaging app Whatsapp by another giant Facebook.

Startups are flourishing in India not only in the field of internet but in various other fields as well. Educational tech startups are a new hot bee among various investors since it is anticipated that the complete educational system will be digitized in the near future. Similarly, startups are also eyeing big data for analytics, healthcare, beauty and fitness, biotechnology and other areas as well. Several startups have also ventured into food delivery service as well. Examples include Mast Kalandar in Mumbai and Bangalore, Eatlo, Freshmenu, TinyOwl etc. These have generated employment opportunities in large number for unorganized sections of the society in the form of delivery persons. At the same time, it has increased convenience for consumers as well.

Apart from shiny conventional startups there are enterprise startups as well. They are broadly classified into two types: Application and platforms. These are basically B2B startups and aims to simplify the various underlying processes for businesses. Application startups are basically for IT, developers etc. Exotel, Knowlarity are startups for developing applications. Young entrepreneurs are also exploring opportunities in the field of development of gateways for mobile or online payment. It is a well-known fact that India is all set to become the second largest market for smartphones by 2016 after United States. It is mainly going to happen due to increase of affordable smartphones in the country. This sector witnessed almost 50% growth in the year 2014 only. Due to this, it is anticipated that the number of people using online transactions will also increase at the same pace, presenting huge opportunities for Indian startups. Startups such as Paytm, Inmobi, freecharge etc. have already started covering this market.

Indian government is also taking several steps to build an environment which is suitable for startups, since small businesses can play a very important role to develop and boost Indian economy in the future. In the Union Budget of 2015, government has established a process or a mechanism known as Self Employment and Talent Utilization (SETU) to support all the aspects of startups right from their seed financing stage to their growth stage. Also, government is also setting up ‘innovation labs’ at various places which are similar to that of ‘incubation centers’ in large national and foreign universities. It is also anticipated that government may roll out a Rs. 2000 crore fund to provide seed capital to startups related to IT and biotechnology.

Considering the importance of role that the Indian startups are all set to play in the growth of Indian economy, the amount of income and the huge number of jobs that can be created by facilitating startups, even the market regulator Securities and Exchange Board of India (SEBI) has also relaxed some rules to facilitate the flow of funds from the market to the startups.

Hence, taking into consideration all the above developments, it can be concluded that indigenous startups will not only make the lives of the people easier through their affordable and convenient services but will also act as a major booster for the development and the progress of the Indian economy.

This article has been authored by Saloni Malviya