Having Your Own Start-up - An Ageless Fantasy

Be it an 18 year old undergraduate student or a 40 year old planning the final years of his retirement, the frenzy of starting up one’s business has always been one of the dreams every ambitious man has. This trend has crept in from the west, where movie stars and heavily paid singers have widened their horizons by launching their own signature lines and showcasing various brands of perfumes and clothing. The people of all generations prefer starting up with their own businesses because at some point or the other, every person becomes exhausted dealing with faulty pay checks and catering to orders from someone else.

An entrepreneur is not an entrepreneur by birth. But the seed of start-up is a basic need which is sown deep inside the mind since birth. This is very much conspicuous through the creative behavior of the children. The only difference is the time that that seed takes to grow into a big tree. When the person becomes aware of the seed germinating, it means that he has put his feet on the gritty path of entrepreneurship. A startup comes into existence since the inception of the idea. The idea may come to the mind of the entrepreneur accidently or after due deliberation. After the generation of the idea, it is quintessential that the entrepreneur does the PESTEL analysis of that idea. At this stage, getting assistance from outside is the need of the hour. Here is where the networking ability of the entrepreneur comes into limelight. 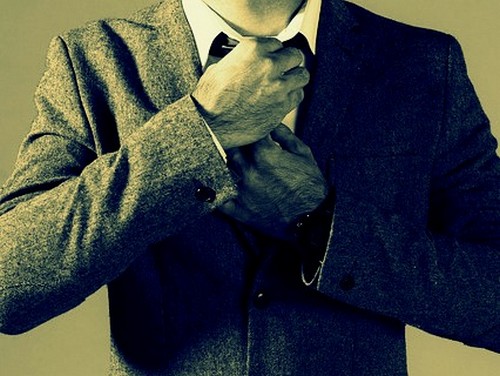 Social media is extremely important in the current business environment where even a kid gets his identity on social sites even before coming into this world. As soon as you are done with your task for the day, there are numberless people from whom you can seek feedback. Whether one is a total neophyte who has just landed in the business arena or a veteran anybody can benefit from being around other creative works. For making a successful startup, it has to be necessarily differentiated from the already existing ones. Every business marketing model follows the fundamental four Ps – Product, Price, Place and Promotion. In such a scenario, to differentiate, one should follow a new P i.e. purple cow. It is where the remarkable advertising comes into picture. For remarkable advertising, there is a need of remarkable product. The revolution introduced by computers due to advancement of technology is a brilliant example of remarkable product. It depends on the entrepreneur only how he makes his product remarkable. To introduce remarkability, a major change is not a necessary condition. The change in the methods with which the existing tasks are being done can also add to remarkability.

Every business starts with an idea. The task of transformation of an idea into a startup however involves a great deal of risk as almost 95% of the star-ups fail within first five years of their implementation; the main reasons being bankruptcy, scaling up at an early stage, unawareness of intellectual property laws et-cetera. The majority of those who manage to survive in this initial death-valley, within the next five years, are smoked down to just a name which can be found registered with the Register of companies of the state. A glimpse of Pareto’s law can be seen in this success to failure ratio.

The first few stages are almost tumultuous. Arranging for the seed capital, the loans, the demoralizing trips to the banks; all of it can have a severe impact on one’s passion. However it is not the idea or the team or the market you have selected which the investor may not be sure of. What they actually look for is the passion and preparation of the entrepreneurs. They can very easily find out whether the entrepreneur wants his venture to survive at any cost or if he is more interested in paying his personal expenses. Without a well-planned strategy to take the giant leap forward, the entrepreneurs end up losing their investors’ money and their dream ventures. Think of working for a few years and then you have to throw it out completely because suddenly one day you realize that it is all wrong.

Imagine yourself as a duck. A duck rows under the water relentlessly. But when you see the duck from the top, you find it very tranquil and effortless. It clearly shows that if you lose your cool you lose. The successful ones succeed because they get done what they believe in, instead of mulling over the fact whether they should proceed with the idea. An entrepreneur who has just started a business should behave like a baby. A baby gets up every two hours and cries aloud. Then again it goes back to sleep. Similarly, an entrepreneur should come out with new vigor every time to keep the startup alive.

True entrepreneurs jump the curves instead of adjusting and modifying the ones they already are a part of. You just need to know that you choose to do what you're doing, and with that perspective - forge forward. However, you can’t stop at any point even if choose to do so later on. This is just one part of your life, don't lose sight. Doing something out of the box requires doing something extreme- the hardest or the easiest, the longest or the shortest, the fastest or the slowest. A lot of adrenaline is required to bear all the pressure involved. And at the end of the day you realize that although all the pressure heightens the potential danger of a mistake that might spoil the whole efforts, but it can also give you the kick that you need to work a bit more. So, if you want to actually set up your business and become your own boss, you have got to work on it. Or else, you can always fantasize such dreams and have a good view from the sidelines.

This article has been authored by Ajay Singla from IIM Raipur

Onstartups.com (2012) What It's Like To Be The CEO: Revelations and Reflections.