”Ideas are easy; Implementation is hard”

Not everyone deserves to start a firm of their own and neither everyone who starts an entrepreneurial venture deserves to be successful. There is no guarantee that every start-up that finds a start will reach the heights of maturity, for it be because of the lack of experience, inefficiency to dedicate time or any other reason may it be. A venture built should come down by one day. But it depends on the time frame, how far and how fast the venture achieves before being broken down. The ideal accepted phase for a start-up company to break down is by the end of the maturity, so that atleast the break-even is achieved and the company has made some profits beyond its expenditure. 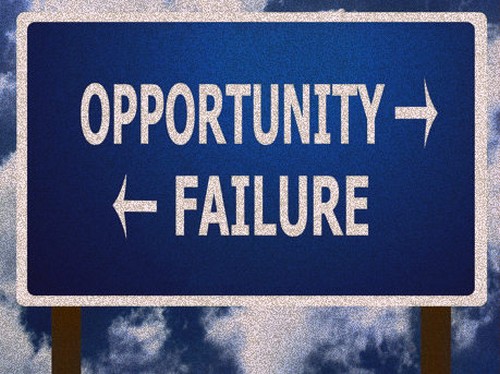 Over estimating the product’s value:

These young entrepreneurial chaps moving away from the path of campus placements and having a word of praise from others for the same, gain a sort of over confidence and tend to form a mindset which makes them to think that the product or the service they provide would definitely offer immense value to the customers even without knowing the intricate needs of the customers. The product of service strategy managers of these start-ups, who are basically the entrepreneurs itself, tend to overvalue their products by a factor of 3, i.e., the producer sees the value of the product he produces to be trice the original value of the product. Similarly customers have resistance to change from their incumbent products. They tend to overvalue the incumbent products by a factor of 3. Thus the result is that the producer’s value expectation and consumer’s value expectation of the product varies by a factor of 9. This is called the 9X effect. Valuing the product from the customer’s perspective is the main requirement of a successful start-up which many budding entrepreneurs go wrong in.

Often in a start-up when all the setup has been done, the initial formal hiring for the company plays are huge role in the company’s future. The problem with many us is the fact that we give more weightage to a person who works in a good branded company than a person working in a small setup or working in a small unknown company. Many start-up owners perceive that having a person from a branded company would enhance the pride of the start-up. But they tend to forget the downsides of the same. A person in a big MNC would probably have a tendency to abide and work only upon the orders of his bosses. He lacks the individualistic approach towards solving a problem, which a person working in a smaller company has. Thus hiring people is not just recruiting man power into the organization, but to enroll the people who could stabilize the organization in the future. Most of the start-ups fail in looking the process of hiring from this perspective.

Customer interaction - only at the point of sale:

Many of the entrepreneurs fail to see the core value of their business. The core value is to sell the product or the service to customers. The start-up champs in the past have put their entire effort in bringing up their product and developing the same, forgetting their duty to make the product close to the customer as possible. When they begin to realize this truth, they have already launched the product. Thus marketing or making the product close to the customers by regular interaction and keeping the customers informed on regular basis is an important and most essential feature for a successful start-up, which many players have not realized in the past.

Separation of the accounts:

Start-ups of any kind should always be formal in nature. May it be a big start up with several partners or a solo entrepreneurial venture in a very small scale; it is always fair to maintain personal dealings and business dealings separately. Especially when it comes to funding and finances it is a must that both personal and business finances do not intervene. Many small start-ups mix up their funding which makes the interpretations regarding the business difficult. The proprietor has no clue on which fund the company is running and whether it is making profits or losses. Also most of the start-up usually, the small scale ones, do not maintain proper records, receipts, invoices of goods, raw materials and sale orders. These issues in the ground level do not affect the basic operations of the company. But when the scalability of the company is increased, there is no accountability in the transactions. This in turn makes the proprietor numb and he could not say anything regarding the performance of the company. This is what happens in most of the start-ups that are cursed with failure.

Needs and ‘so called’ Wants of the customers:

Either it be a start-up or a well-established firm, the main success factor lie in the ability of the firm to understand its present customers’ needs and to interpret or predict the future customers’ wants. ‘Wants’ has been mentioned in case of the future customers because of the fact that the customer might gain power tomorrow (considering the worst possible condition) and his ‘needs’ might change as his ‘wants’ and the firms should be in a position to satisfy the customer. Most of the budding start-ups want a sudden success story and make enough money. So they tend to provide excessive unrelated offerings to the customer without estimating their exact needs and wants. This just creates stress in the customer, who never receives what he wants. This makes the start-up firms to topple from its position of good going.

More mechanized the life becomes, lesser the expectations one could have regarding the relationships. Many of today’s start-ups want an immense growth within a short span of time. This has made them to look only upon their profitability as the sole criteria for success. This might be good for the company in short-term, but in long term there is much more to foresee to obtain a sustainable growth. Young entrepreneurs nowadays do not bother to maintain relationships which might not turn fruitful for the company in long-run. This is what our local kirana shop keepers have taught us.

Feedbacks do pave the way for success of a start-up through desirable modifications in the business. But what happens today in most of the start-ups is, the feedback overflows to an extent such that the creativity and thinking ability of the entrepreneur is lost. With technology at the finger tips and social media paving way for the next generation critics, feedback quantities have almost degraded the new age entrepreneurs decision making skills. Listening and acting to too much feedbacks from different sects which are contradictory has hampered the ability of the start-ups’ success rate.

In case of the start-ups where the person who initiates the idea is already working in an organization, there may arise a situation wherein the person utilizes the resource of the company in which he is working in to fund his own start-up. Some start-ups have been started and ran in the above mention manner have seen legal suits against them which have landed the start-up owners in deep distress. Not all start-up failures are because of this, but some percent of failure has happened pertaining to such issues.

During the course of set up of the business, the proprietor along with his partners (if any) has the ownership on the profit making ability of the firm. The pressure on him to look into each and every functionality of the start-up has many times moved his mind away from formulating and sticking to the company’s main value proposition of the firm.

Finally, the reason for non-sustenance of most of the start-ups is because, the owners tend to do everything with the initial ‘josh’ they get while initiating a start-up. Many young entrepreneurs wanted to carry out a whole gist of things rather than focusing on one particular task at a time. The result is they get messed up with their priorities, ending up without delivering to the customers what they are expected to deliver. This is one of the major fine reasons for the failure of start-ups.

The considerations of these issues while starting a business would aid in making the start-up a stable entity, which would attain a sustainable growth over the period of time.

This article has been authored by Pradeep R from IIM Udaipur