Era of Entrepreneurship - "You’ve Got a Problem, Deal With It”

Innovation, entrepreneurship are the buzz words of our time which has caught the attention of a very large number of people, I would like to call them “stakeholders”. Nowadays we have all kinds of companies coming up starting from an online retail store to a jewelry shop, payment gateways and what not. Information technology has proved to be a great enabler in this entire process. Our country is at the cusp of a great revolutionary change which is quite interesting as the biggest economies of the word are either stagnant or declining. But this is not the first time this is happening to a country. This article talks about what history has to offer us, what we can learn from it when it comes to the entrepreneurial environment, what is entrepreneurship all about, why companies need it and why our country desperately needs such macro- environment. Along with it we will also see what role does government and technology plays in it. 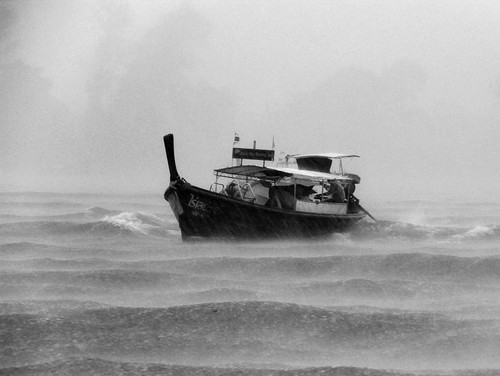 The changing definition of passion

In the United States, after the 2nd world war, the generation that the world say was called as the baby boomers. At that point of time, US was engaged in a war against with Vietnam. Interestingly, it was a time when the American people understood that the best way to serve the country was not to die for it but to create something that has long endurance long after those who had created it. The youth detested the war and the bohemian culture was just round the corner. Young people used to meet together and discuss stuff almost about anything. At this point two major companies came to fora and both of them did something that changed the world forever. It was Apple and Microsoft. These two companies are excellent examples when we talk about what entrepreneurial spirit can actually do if it has the right temperament, resourcefulness and approach to achieve what they had in mind. This is somewhat relative to what is happening to India at the moment with a tweak. The torch bearers of this entire process were those Indians who had settled down in the US for years and were leading a comfortable life. Also a generation shift happened were people called “Xers” started paying attention to conscience and not customs. This was the time when people with no family background of business started to break a leg in arenas of which they had no idea. The tables had turned for good.

An all new focus to detail

Entrepreneurship and its facets have always been around and some of the biggest companies in the world have survived because of this. If you see some of the top fortune 500 companies, they are there because they never stopped innovating, motivating their employees for creative things and most importantly giving them the requisite recognition for the value they created. For example Google currently ranked 40 on fortune 500 company is the world 2 most admired company and reason why they are there is that they focus most on innovation and new technologies. Currently 187 companies are working under Google Inc. in some or the other way. Another company General Electric is one of the oldest company on the list. GE, which started as an electric bulb company now deals in financial services, mortgage funds, jet engines and many other. One major company to be name here is 3M which over more than 100 years has ruled the roost when it comes to giving their employees the essential freedom that is required to create something new and later on inspired their employees to create value for their clients as well. So why the fuss about the thing that has always been their? The prime reason that can be figured out is:

Market void – Though being a big company gives you an advantage of scale, expertise, capital and strength, it lacks in breaking the silo in which they have comforted themselves. If you see the examples of Practo” which is a health care app assists the patients in finding the right doctor for them. Similarly, magicbricks.com help you find a house so is cleartrip.com helps you find a train to reach to your desired destination.

Increase in the living standard of people- People in the current generation are much well of as compared to their parents. Consequently, they want better services and better choices. They believe in variety and they will move towards to anyone who is going to offer it.

Changing technology- technology has greatly changed the way business was done or more appropriately business was created. It has enabled channels that has made the reach more nuanced, rapid and transparent of services.

Increased competition – This can be taken as a consequence of changing technology that has allowed a common man to start his own firm with the help of a simple app. Using it he can reach to a thousand customers. As a reason of which the traditional companies are facing hard time because they can be ignorant of the fact that slowly and steadily these new companies are eating away their share.

The challenges/chances in an emerging economy

When we talk startups in Indian context, the challenges and the opportunities become very peculiar. It can understood with the example of Flipkart which is a merchandise company, started off as an online book seller and now sells everything ranging from clothes, mobiles, accessories, shoes etc. of we look at the Big Billion day that was offered during the Diwali season in 2014, taught us the greatest lessons in in online retail industry.

• Our country takes on the option of buying very seriously as if there is heavy discount we are all up for it.

• We really don’t have a dedicated database facility to understand the customer trend when it comes to online trend. Though online analytics as a business is developing in India and various online retailers have started to work on it on their own but it will take us a long time before we reach there.

• It’s going to create a great amount of ruckus among the online and the offline retailer as there is no policy on how different channels be operated or compensated if the other nibbles away its margin.

• Logistics is one such issues that still haunts us and we cannot do much about it unless the required infrastructure is provided by the government.

If we look towards the opportunities, we have a lot of issues to deal with but the major one is the crisis that out farmers face. Thought eh government has done a lot in the field of agriculture viz. kisan credit card, NABARD bank etc. but still still situation has been so critical that rains last summer destroyed crops of worth INR 10000 crore. Given such an economy which is still largely employed in the primary sector, such a huge loss is a tough one to bear. Here our startups can offer a helping hand. One such company, “EM3 agriservices” provides complete on farm services using modern agricultural machines and technologies, delivered by the company’s own trained personnel on a ‘pay –for –use’ basis – aggregating across small farmers. This is a great example that what agro based startups can contribute to the ultimate growth of the country.

Startups are in fact on such method that hold the keys to our various problems. Of course it’s currently in a bubble stage and certainly it will burst at some point but the players that will emerge out of it will hold the potential to solve the issues that we have been dealing with for a long time. India as a country is the hot bed for investors and entrepreneurs and frankly whatever be the result, it will only pave path towards creating value for the Indians in the long run. The clock is ticking.

This article has been authored by Arjun Pratap from IIM Kashipur