Startup - A Challenging Career or a Mistake of Joining the Herd?

Liam grew up in a tier -2 city in Northern India. He was brought up in an upper middle class, dual earning family, which had an amalgamation of amicability of Indian traditions with aspirations of the West. Conversations in dinner were always about breaking the conventions, setting example for the world and doing better than Mr. Sharma’s son. After he completed his higher secondary certificate, he joined a reputed college to study Engineering in Computer Science, as majority of the kids from this section of the society in urban India do.

Three years passed with lot of fun around and building up dreams for future. There were many discussions, going around, about the startups, challenges and how trendy these ventures are. There were many emerging companies which could touch an evaluation of one billion dollars in a short span of a year. Liam decided to break the convention of joining a known reputed firm and explore the world of growing organizations. He immediately decided to withdraw his application from all the established companies to join a start up in Noida, started by pass outs of Delhi College of Engineers. This story seems perfect as a young boy from emerging economy decided to follow his dreams and became destined to earn millions by breaking the norms of usual job. 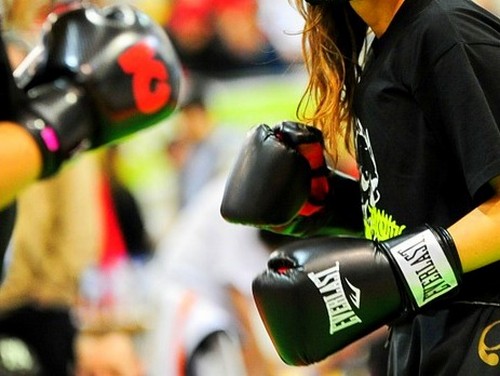 However, if we go ahead and analyze this case, we will surely understand that it was all about Liam’s need to be a part of crowd. It’s same as doing Engineering; if you are a science student, and then join a management program if you feel technical job wasn’t your passion in life. We, as humans always strive to be a part of the group never do we think, before we respond, or rather react to a situation. 90% of the times we as human react and not respond to a situation. NASSCOM has also initiated a program to fund 10,000 startups in India. Startups are important to boost the economy in India. Not only should we be recognized as an amazing service provider in the world but we shall also strive to build our capabilities that the world looks up to us for creation of jobs.

Before you plan to join a startup, think for a minute about why do you really want to do it? Write down your vision on a piece of paper. If you have passion for innovativeness and challenging work with additional job responsibilities gives you satisfaction as a professional, then go ahead, explore, the universe of startups is waiting for you. You might become the next Mark Zuckerberg. But if you are deciding to join a startup only because ‘A’ is doing it or ‘B’ is doing it. Take some time off before you finally decide. Find out your strengths, where you can improve and factors that motivate you in life.

“According to a survey by Times Jobs 88% of the professionals, working in different startups, want to leave their current jobs in new jobs if offered jobs in more established companies”. Is this a good indicator for an Organization which plans to expand in near future? There can be nothing as bad as a chunk of demotivated employees. They can turn from being your asset to a liability in no time. You could end up as a failed venture despite having a potential to be a market leader.

Do we ever think before making a decision? Do we analyze the pros and cons of our decision? Well no, we decide by our gut feeling, which is majorly driven by the social thinking. India is one of the largest Engineer producing countries in the world, but did we ever care to find out that how many of them are employable or how many of them end up being engineers. I did my B-Tech and had a big group of twenty friends. Hardly five of them are perusing their career in technology. Does this not force me to think once again about the rationale I gave to myself before I joined Engineering?

Human Resource Management has gained prominence in Industry in past few years because the employers understood that people will be the key differentiating factor in future. But do we ever realize the consequence of getting a right person for the wrong job. What if the company hires another sheep from the herd? Performance will be the key to success and we, being the part of employee workforce should understand to use our core competencies and join an organization which can help us perform beyond our own expectations. This can only be accomplished if you identify your drive in career and not your group’s. If you plan to join a startup or General Motors, you should have your own wisdom and vision that you dream of, not your family, friends or Training and Placement Officer of your college.

This article has been authored by Kriti Vats from IIM Ranchi