Success of Start-ups- Strategy or Chance

Most of us have heard this phrase “90% of all start-ups fail” but we don’t find the detailed reports on what exactly went wrong with the start-up except the rhetoric that “they failed to deliver”. The phrase which is neither complete nor convincing. As there is not one reason for the success of a start-up, similarly one reason cannot be attributed for its failure. To come to a logical conclusion we have to analyze the factors which constitutes a start-up and from it we need to find which factor went wrong for one start-up and what contributed in the success of others.

Startups have no predetermined formula to succeed, but there are certain things which every startup must focus on so that they can give themselves an opportunity to succeed. 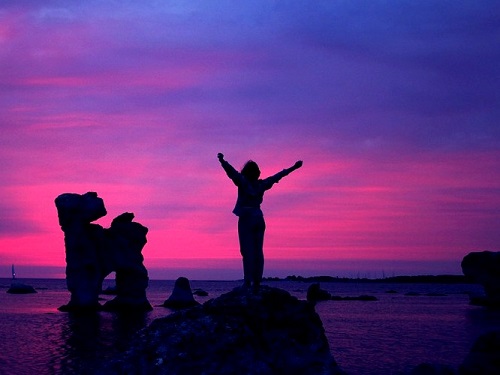 The major factors which constitute a start-up and their importance are:

Although it is generally believed that strength and uniqueness of an idea is the major contributing factor in the success of a start-up but it is not so if you look at some start-ups. In fact strength, originality and practicality of an idea will always determine the funding and how willingly customers are going to accept your product and services but fact of the matter is that a good idea is no guarantee to success.

Future of a start-up is determined by the vision of a leader so fate of a start-up is also dependent on its leaders. Besides, good leaders were able to connect their people with their vision and inspire them to work harder to achieve their team goals. In case leader is not competent even a unique idea would get flopped and if leader is competent and effective then even with existing idea he can create wonders.

The talent, engagement and skills of the team would determine the successful implementation of strategy. Richard Branson had said, “Loyal employees in any company create loyal customers, who in turn create happy shareholders.” A good team ensures that expenditure budget remain under control and sales growth do not stagnate. Thus hiring should be in a way that only the best get into the organization and culture should be such be such that everyone gets along.

Whether except it or not capital is one of the most important thing for success of a start-up. If you look at the success of Flipkart and Paytm then you would find that market reach and customers have been acquired through massive discounts which was possible on the account of funding that these start-ups received from overseas. Another example can be of Amazon which now has become second largest e-commerce companies on the account of deep pockets. Funding does mean that you can do anything and would emerge successful but it do make your path easy.

Idea is only the first step and plan is how you are going to execute that idea. It may include your goal, targets and operating mechanism. The bigger question is what type of plan you should have to achieve your goals. In this highly competitive environ there can be no fixed plan but plan that is flexible and comprehensive increases the probability of success. If one factor that differentiates a successful start-up from others, it is execution of a plan. A quote goes like that, “Everyone has a plan and indeed a good one but it is execution that makes difference.”

If you launch your product or service too early in the market which is not prepared to adopt would result in failure but if you are late in launching your product or service you may lose competitive advantage over competitors and it would be difficult to snoop into their customers. Timing is something which can neither be substituted nor can be ignored. The biggest challenge here is that there is no test to determine the exact timing of any product launch but comprehensive market research can give some idea but mostly you have to rely on your gut feeling and luck. For example, YouTube came at time when there were many streaming service providers but entry of YouTube marked with the entry of high speed internet and hence buffering reduces and YouTube take lead over others who were there in the market before YouTube.

• Leadership response to a crises:

It is well known fact that even if you plan the best, shit happens. Mike Tyson has expressed this exactly in words, “Everyone has a plan until they get punched on their face.” It is not a thing to worry but how flexible your plan was and how better you were prepared to handle the crisis would determine the future of the start-ups.

Successful marketing means that you were able to convey your customers exactly what you were delivering. It should also be taken care that you were conveying the same thing your customers are willing to listen. For example Tanishq which marketed its products as made of 24 carat gold and put in a system in their showroom to test the purity of gold. They know that customers are fed up with the malpractices in the gold market.

The success also depends on the path of growth that you have taken. Flipkart choses the path of deep discount practices to get maximum customer base and are at loss financially but they expect that they would be able to generate profit in the long run. Oyo rooms on the other hand rely on its services and now has become profitable after initial loss.

These are some major factors which impact success of startups. Although there is no set path for success as lot depend on luck but if these factors are considered risk can be minimized significantly.