Talent vs Hard Work- What should an Entrepreneur look for?

“Talent is the speed with which someone learns something” said Art Blakey, iconic jazz drummer.

Talent- “Natural Aptitude or Skill”, that’s how the Oxford dictionary defines it as. Cambridge dictionary says, “It’s a natural ability to be good at something, especially without being taught”. May be dictionaries are more reliable, but Art Blakey makes more sense. Talent shall be more focused on the ability to complete the work rather than just a natural “Magical” ability.

We all might be equal in the eyes of law, but how apt is it to actually believe that we all are equal? Almost everyone has something that sets him or her apart from others; there are always some things that come to us easier than others. How lucky would those be who turn these capabilities into a profession! Wouldn’t it go on to be the most amusing entrepreneurship stories? How easy would it be for them with inborn talent to be successful in their fields, or other way round, how difficult would it be for “Normal” people to compete against them. 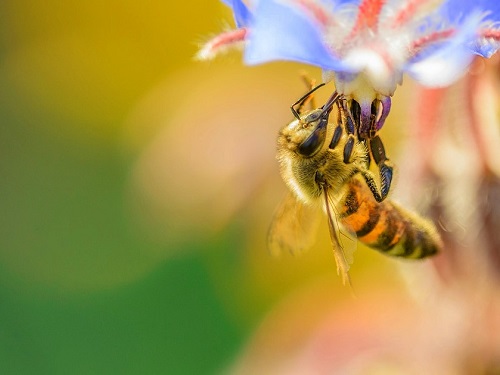 The fact actually states different, it does not always guarantee a success. There are other factors as well that determines the success. For every Marie Curie- a child prodigy, we have an Albert Einstein, who might have not done well in mathematics during school (it’s a myth that he failed in maths) but went on to become world’s top physicist.

“I have no special talent, I am only passionately curious” said Albert Einstein.

It’s certainly the gift of the deity to the special ones, but is the gift afresh all the time. An inborn quality is certainly a leverage over others who do not possess it, but does it stays with one for a life time, or it needs something to be honed. An entrepreneur with an inbuilt talent to create things is of course a boon, but those boons turn into blessings only when they get reflected in what the venture does.

Well, the famous economics rule apply here as well, after all its perishable isn’t it? The rule says it loses its value if not utilized in the apt time. It’s fascinating to think how quick a talent can get perished, think of Mike Tyson. How many of us know him by his skills other than boxing? Actually he is a good pigeon racer as well. How many of us know Benjamin Franklin by his skills in Chess? Well, these are just some examples of a talent perishing. Although, they were good at something else but all the people aren’t as lucky as them. So what’s the factor that plays a fodder for the rotten talent? A natural instinct that many are blessed with- Procrastination. Procrastination can easily hinder the importance of efforts needed to hone the skills. A sword with a blunt edge doesn’t serve the purpose.

Famous American author, Stephen King says, “Talent is cheaper than table salt. What separates the talented individual from the successful one is a lot of hard work.”

If only talent had triumphed over hard work, would most famous basketball player Michael Jordan have started in a junior varsity high school team? He had to actually, after his coach did not find him deserving to be in his school’s top 10 players.

“Talent wins games, but intelligence and hard work wins championships” is what he had to say about Talent vs Hard work.

Rightly so, hard work is a fuel that keeps the blaze ignited. An entrepreneur shall seek for a perseverance and determination, a thin silver lining named as hard work to put his talent into the best use.

The only place where achievement and accomplishment come before hard-work is dictionary. The success without a hard work and only on the back of a talent is a myth. An entrepreneur is always the one who chooses a surer path of success than a short-cut which never leads to the destiny.

But is it as easy as said? As per the research done by psychologist Anders Ericsson (Popularized by writing Malcom Gladwell in his book Outliers) during 1990s on musicians, it is estimated elite musicians averaged 10,000 hours of practice each, while the less able only practiced 4,000 hours. As the normal thinking goes, there must have been exceptions right? Some super-talented would have made to the elite list in fewer hours. Well, the data actually portrayed a different picture. Not even a single musician was an exception, in fact the study showed a direct relationship between hours of practice and achievements. Although, the stat would be applicable majorly to sports, but isn’t an entrepreneurial professionalism comparable to an art? “Practice makes perfect” couldn’t sound anymore pragmatic right?

Talent may help you to discover yourself and determine what you want to be. The innate talent may be a guide for the path to your destiny but the one who gets you over all the hurdles and odds of the path is the perseverance and hard work that you put to achieve the ultimate prize.

So let’s make the equation simple, arithmetically talent is a zero and hard work is one. No matter how many zeros you have, it’s only the one in front of all the zeros that enhances its value. To make the profession you that you seek worth a value, you got to have that digit-one with you, unless you have that, all the zeroes are useless. Let’s look at other way round, a zero enhances value, true enough but does the lack of it make it completely useless? Even without the talent, it still holds some value! Rightly so, talent may give an edge, but hard work would beat the talent if talent doesn’t work hard.

If a successful entrepreneurship is a puzzle, talent and other qualities are pieces of puzzle but the hard work is a framework to that puzzle. In addition as the rule says, something will catch unexpectedly and something will be born from the clay. So for that transitions hard work is always a better choice than the talent.

This article has been authored by Keval Boricha from IIM Raipur