“Sweat Equity is the best Startup capital”, words spoken by American Businessman and Investor Mark Cuban, popular among the general populace as the owner of the NBAs Dallas Mavericks and as a shark investor in the popular TV reality show “Shark Tank”. In a perfect world, sweat equity would have equalled capital inflow into a startup, but this equation, in the real world, never actually holds good. In today’s world, startup funding is a whole different ball game and making sure that you find an investor to put his/her money in your idea can be quite tricky to say the least. But over the period of years, after the breakthrough success of startups like Twitter, Amazon, Airbnb, Dropbox, etc investors started looking for the “next big thing” and thus kick started a phase where they were willing to throw exorbitant amount of money at startups, so as not to miss out on the chance to be a part of the gravy train.

What this has led to is over valuation of these businesses, but, the market is rapidly correcting itself. For instance, Square, the San Francisco payments processor, said it expected Wall Street to value the company at up to $ 4.2 billion, considerably less than its original estimate of $ 6 billion, but, when the IPO finally came out, the stocks were priced at a humbling 8.75$, well below its earlier forecasted range, pushing the company’s valuation still lower. A simple explanation for this is the transparency that is beginning to set in the market about these so called “Unicorns”. In reality these valuations are implied valuations, which are obtained when smaller stakes are actually traded in private markets. Also, the kinds of shares that are issued in these transactions are very different and have different provisions. Such provisions are either based on liquidation preferences or ratchets, where the former is basically a guarantee provided to the investors who are already concerned with high valuation levels and protects them from losing any money. Ratchets give an option to the investor of acquiring more number of shares, if the future valuations are below the price they paid. 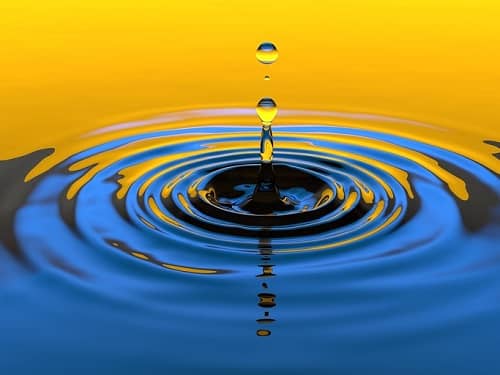 The task of assigning a valuation for a startup which has little or no revenue and a less than certain future would seem like a guessing game for the uninitiated but there are metrics and methodologies that are in place to achieve this task, whether they are actually followed or not is a different story. The method that is generally applied while valuating a start up is the DCF (Discounted cash flow) method, which is an absolute valuation method as it is based on actual data. It estimates future cash flows and then discounts them to arrive at a present value. If this present value is more than the current cost of investment then the opportunity is considered good. Since many Venture capitalists (VC’s) have exit on top of their minds, they follow the Venture Capital Method which is based on expected rate of return at exit. Similarly, there are multiple such techniques at the disposal of VC’s, angel investors and other financial institutions but it all comes down to the financial foresight, better known as “a hunch” on the part of the investors when the time comes to take a final call.

It is safe to say that startups operate in a hyper-cyclical fashion which is continuously driven by mutually fortifying dynamics of burn (money being spent) and valuation. The question that always remains is whether the burn is generating enough revenues, which in turn justifies the valuations. Absolute valuation is the wrong benchmark to focus on as it is an output which is prone to overshooting, with the last couple of years being a perfect example. Companies associated with high growth attract higher valuations which help them to raise capital. This capital generates further growth which raises the valuation again and the cycle continues, each time with a much stronger and forceful positive feedback loop, putting pressure on the companies to keep delivering on higher growth even when their avenues of creating the same are finite. This leads to companies opting for investments at the cost of profits.

In the Indian context, even e-commerce giants like Flipkart and Snapdeal are overvalued, according to Vinod Khosla, a prominent Silicon Valley investor and founder of Khosla Ventures. The valuation of Flipkart, which stood at a hefty $15.5 billion in 2015 but had fallen by a whopping 23% last year, might be a sign of things to come in the Indian e-commerce sector and cause a domino effect in the market which will send the valuations of other Unicorns in the Indian startup scene tumbling down as well. Investments in startups rose from 844 million dollars in the first quarter of 2014-15 to 2.33 billion dollars in the last quarter 2015-16, this is a clear indication of investors pumping in crores of rupees into startups, expecting bumper gains in the future while turning a blind eye to the inherent flaws in their business models.

So is the Bubble about to burst? The answer to this question varies according to which corner it is emanating from. If you believe in the hullabaloo of individuals who panic over what’s happening on the surface and don’t bother to look under the hood for the intricate details, then yes, there is an impending doom about to happen. But people who have been in the game long enough and have witnessed meltdowns before will tell you that it is just a case of limited and healthy correction. Think of it as a marketplace made up of sellers (the startups) and buyers (investors) and the price (valuations) adjusting according to the changing market dynamics. The sentiment has been bearish but then again sentiments have never been trustworthy indicators.

Sooner rather than later, the valuations are going to start climbing again because of the surge in supply capital from three fronts. First, the billions of dollars of cash reserves among the S&P 500 companies. Second is the Chinese money flowing into these young companies. The wealthy Chinese have been pumping money into technology startups which are increasingly seen as a safe bet as the slowing Chinese economy eases hopes of extracting returns from stocks, property and gold. The third source is the money coming in from Sovereign wealth funds, foundations, hedge funds and mutual funds.

One unlikely source of capital could be the money coming in from the Industrial companies which are being disrupted. Some of them are facing challenges which are culminating into existential threats and over the period of time they will have to adopt the “if you can’t beat them, join them” strategy. This has already begun with GM putting 500 million dollars into Lyft, GE and other industrial companies setting up funds to target startups and Ford reportedly working with Amazon and Google.

Bubbles take a lot of time to build up but crashes happen relatively fast. Once this period of over valuation ends, the growth rates will become sustainable and will operate at acceptable levels of customer economics leading to smart growth. This transition will neither result in 2008 nor 2001, which was essentially a trial by fire for tech companies. There will be casualties along the way, but it’s not the worst thing that could have happened.

This article has been authored by Saswat Satpathy from XIMB