Management Lessons From Manesar - A Perspective

How important is a satisfied employee to an organization? Will you feel at ease knowing you are in a plane whose pilot, a few days back was on a strike and was forced back to work? Do you really want to buy a product made by an unsatisfied worker? One school of thought says Customer is god and as an organization gives first priority to the customer.

Another school of thought says, rather openly advocates the policy of “Employee First, Customer Second”. Which do you think is more relevant and important in today’s scenario? In the backdrop of the recent Manesar tragedy case with the Maruti plant, we would like to introspect on some of these issues and throw some light on the management strategies that organization needs to dedicate to its most important resource – its workers. 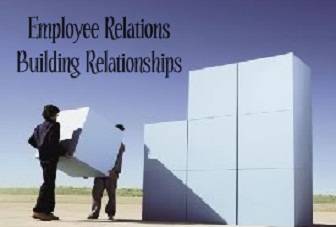 The family of HR manager, Avinash Dev is yet to come to terms with the ghastly killing that happened at the Maruti Manesar plant in Haryana. Is this a really a one-off incident? Unfortunately the answer to this is a resounding NO. In 2008, the managing director of Graziano Trasmissioni India Ltd. was beaten to death after a group of dismissed employees turned violent. A global major like Coca-Cola too could not escape the wraths of a labour unrest.

The news of Manesar has shaken the entire country as well as the entire world that keep looking at India as the next big thing in the globalised world. The contradiction that lies in the Manesar episode is that the HR manager is the one who bore the brunt of this violence. The person who has the responsibility of managing the Human Resources has borne the brunt of this brazen act. Do we need to introspect as to what went wrong? Do we have any justification for this gruesome act?

Well it all boils down to how you manage your resources albeit workers or employees of a company. This incident has brought fore the point of how important an HR manager or HR department is to a company. There is an underlying current in companies that HR is just another silo, a formality that a company has which just looks over arranging meetings, arranging discussions, manages recruitments etc. This incident has shown us how vital managing you human resources is to an organization.Before we jump the bandwagon and start blaming India for such incidents we need to understand that such incidents occur not just in India but all over the world.

In 1969, the US has had the bloodiest and the most violent labour history compared to any other industrial nation in the world. This violence was not limited only by unions on the management but also by the management on the unions. Below we have an exhibit of the number of industrial disputes and the number of man-days lost as a result of this for a period of 2002 to 2009 in India. 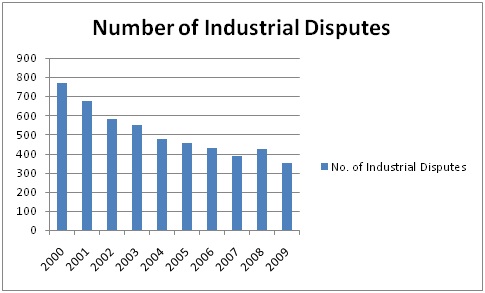 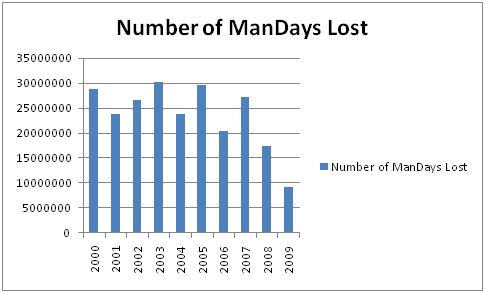 Clearly this has been a major issue for the manufacturing industry which needs to be looked at much deeper than before. Let’s analyse the laws and the present condition of labour in India compared to other countries.

Astonishingly if one observes he would find the Indian Labour Laws have been formulated a lot to suit the workers collectively. For exampleone of the law states that an organization with over 100 employees cannot fire its workers without the consent of the government, which the government seldom provides. Such provisions are not provided even in the labour laws of the US. Looking at the table below would give us a perspective about the labour conditions prevailing in India, China and the US.

People management is the new buzz word in management these days. Industry especially the manufacturing industry is investing a great deal in understanding labour dynamics and the best way of negotiation. Management studies are focussing their attention on HRM (Human resource management) with a much specialised division under it called as Employment Relations (ER). ER has a core concern with social justice through fair employment practices and descent work. A new inter disciplinary field called as Industry Relations (IR) is also garnering heat in management studies.

It covers issues of concerns to managers and employeesat workplace, including workplace bargaining, management strategy, employee representation and participation, union management cooperation, workplace reform, job design and new skill development. The uniqueness in this strategy that has been brought about is that an IR expert will more usually work for a trade union in order to represent employee’s interests. However he may also work for an employer in an HRM department serving the employer’s interest.

Culture of the Organization:

Another key feature that organizations need to look into its workplace culture and buildinga culture that suits the collective goals of management and the unions. The culture of the organization is slowly changing from the individualistic authority to a collective decision making system. The feeling of being a part of the organization, being inclusive in the decision making is some of the features that management tries to imbibe in the culture. One of the employees while speaking to a news channel said “We do not matter to them and they have no duty towards us. Maruti just gets us to work and gives us money.”

This is a sign that indicatesgrowing discontent brewing among workers. This holds great relevance to management which has to understand from this statement that for every worker, satisfaction is derived from different factors. A worker X might derive satisfaction from the wage that he earns even if he is made to slog whereas a worker Y might derive more satisfaction at being treated and respected for his work rather than the money he earns.

Management, to handle labour has to understand them and keep them motivated for their own benefit. In the same vein, management has to employ methods to understand how to keep the work force motivated. Every person derives satisfaction differently. Management needs to employ a technique to identify, classify and organize the workers on the basis of what factors they would be motivated. 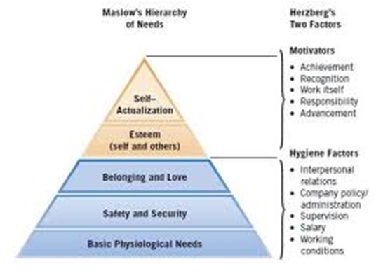 No firm wants disgruntled workers. This has a snow-balling effect which hampers the growth anddisrepute’s the entire brand. Having talked about the strategies that organization needs to follow to predict impeding dis-satisfaction, it is equally important that the government is involved and helps to create a conducive environment for business. The recent cases of Singur, POSCO and Manesar have tarnished our image as a business friendly country.

One must appreciate the promptness of Mr. Narendra Modi whose government has provided good environment for businesses to prosper. Few days after the Manesar tragedy happened, Mr. Modi flew to Japan to present to them “Gujarat” as a conducive business destination. The result is that the Maruti plant might shift to Gujarat. It is in the same way Gujarat had acquired the TATA plant that produced the Nano that has been written into the history books.

Today it is important to view the law of collective bargaining in a positive light by the management. The apparent class divide with a sense of haves and have not’s can spiral into an un-manageable situation. So it becomes very critical to identify the symptoms of such impeding activities. An organization where the union and the management are on the same frequency will complement each other and help each other in pursuing their common goals. It is this idealistic point that we need to address to attain organizational goals.

This article has been authored by Prashant Velagaleti from NMIMS.