Nothing in World is Black or White, All are Shades of Grey

As I watched the reply of Pan Singh Tamar to his Major “Koi admi khushi se baagi nahi banta”, was he White as a great athlete and a National Hero or Black as a dacoit? I say he was a shade of Grey.

What is the difference between a soldier and a terrorist? Both shed blood, kill, fire their respective AK-47. It is not what they do but what is their intention behind doing what they are doing at a particular point of time. It depends upon the perception and the intention behind an act that whitens the black color or darkens the white color. 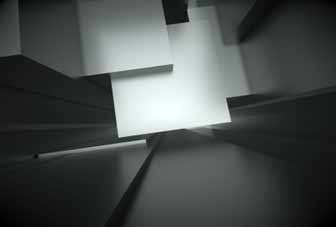 How people perceive things differently can be shown through the act of Mercy Killing. For a person in suffering it is a way of attaining eternal peace but what about a dear one who takes a decision to kill and the doctor or person who actually kills? Different people, different societies, different countries, different perceptions, some allow it, some put a ban. Why? Because it’s Grey.

When we see the whooping US spending of $ 2.4 Trillion on Afghan and Iraq wars, more than 1,10,000 lives lost and 2,00,000 people injured it looks like a brutal act on face i.e. totally a black act but then comes into the picture this gentlemen named Bin Laden, his killing and killing of many terrorists. Now the color is?

How can we forget the role of Pearl Harbor in the Pacific chapter of World War II?  Being a very important U.S. naval base in the Pacific it was attacked by the Imperial Japanese Navy. This dragged the reluctant USA into World War II. With the orders of President Roosevelt Little Boy was dropped on Hiroshima and Fat Man over Nagasaki in Japan. This led to around 2,40,000 people killed in four months and the subsequent effects of the radiation were visible for decades. President Roosevelt took this decision on basis of the 2402 Americans getting killed, 1282 getting wounded and 188 U.S. aircrafts being destroyed in Pearl Harbor. Now if we compare the losses of both the countries it is clearly visible that the magnitude of loss was very big for Japan but that doesn’t prove that the act by President Roosevelt was black. He did it to give a concrete answer to the Japanese for killing the American soldiers brutally. He wanted to show the American power, its supremacy and show the whole world that if u wake the giant then you got to pay for it. It was the motive behind it that made the act and Roosevelt a shade of grey.

Now coming to Industrialization it is the vehicle that drives the economy, fulfills the various needs of people and raises their per capita income, the GDP so maybe it’s a win-win situation. But what is the opportunity cost behind such a development? Improper waste disposal leads to depletion of the environment, causes noise, air and water pollution. Should we go for it or not depends upon darkness of the grey shade acceptable.

Let me take the example of Hindustan Zinc Ltd. Earlier, a PSU it employed a large number of employees but when it became a Vedanta Group company this number started reducing and many were discharged off their duties. Seeing from employees’ prospective it was black but seeing from the prospective of the decision makers of Vedanta it was a necessary move to cut costs, increase productivity of employees, revive a loss making concern and make it profitable.

Tata Nano a specimen of the future, the whole automobile industry was a big gaga over its launch and it seemed that Tata will get land in any part of the country for his ambitious project. But then came a sudden twist when Mamta Bannerjee, the chief minister of West Bengal’s refusal forced him to shift his plant from Singur to Sanand in Gujarat and was more than welcomed by the Modi Government. What seemed black for one was white for the other.

That is the reason why we support or oppose the Cabinet’s decision to allow 51% FDI in multi-brand retail and increase the FDI ceiling to 100% from 51% in single brand retail. Does it have more white or more black for the Indian Economy?

On one hand the workers are fighting for wages in the Manesar plant of Maruti and on the other hand our government is running the Air India airlines in great losses. The losses in recent years are:

How do you see the losses incurred by our government on state run unprofitable airlines? How much proportion of our total population travel through airlines? To be highly optimistic not more than 1% . The money wasted here by the government can be used in more productive and profitable activities. This is a perfect example of how a white act turns grey despite good intentions.

Opposite to the above example are the Olympics and the Commonwealth games. They may create losses for the country organizing these events due to huge costs involved and not getting the desired footfall to cover these huge costs. At the same time it is a matter of pride for a country that organizes these events and also creates a sense of unity among the countries to come on a common platform and compete for the prestigious gold, silver and bronze medals. They become an important platform to promote peace and show that despite the diversity in our culture we all are the same when we play.

Going further into the domain of games we come to Indian Premier League (IPL) the brainchild of Mr. Lalit Modi. Many slammed IPL on various grounds like paying a fortune to the players, heaving cheerleaders dancing on the Indian tunes in not so Indian outfits and commercialization of cricket. I would like to ask all those to come out of their chrysalis shell and see how the Indian society evolved in recent times. I remember my childhood whenever I went to see a movie with parents and there was a kissing or a lovemaking scene, my parents would engage me in some talk and divert my mind from seeing such things. Contrary to this nowadays parents don’t mind much when their child sees Kareena Kapoor’s zero figure in a bikini and say ‘Wow she’s hot!’. Can u think of endorsements without a one with bikini clad women? Then why do you react so much when you see those cheerleaders in more clothes than those women? Coming to the other aspect commercialization, the players make money, BCCI make a lot of money and so does the team owners, sponsors and the cricket grounds at various locations. On the other hand people get to see some cricket, enjoy and get some entertainment. Another aspect is it gives boost to some new talent that goes unnoticed due to lack of opportunities. I consider it a win-win situation and if not white then also not a black act. Consider it Grey.

For all the movie buffs here I would like to ask what is your opinion about the reality cinema and the small town low budgets movies being made these days?  Movies like Gangs of Wasseypur, Ishqiya, Ishaqzaade, Delhi Belly made these days are a huge hit and people want to see them. They want to see the reality, the world as it is, the foul language used in these movies with all the ‘gaali-galoch’, the crime, blood, d.k. bose, rum and whisky, etc. The Indian society as an audience has grown. So when Vicky Donor talks about sperm donation we don’t see it as a violation of some social norms but as a remedy for an infertile man. The reason for the reality cinema growing day by day is the fading line between Indian and foreign culture, an intelligent educated audience and the fact that we all are grey in our real lives so we don’t mind seeing the dark side in our movies.

All the above inferences convey a single thing that nothing in world is Black or White, all are shades of Grey. It is the perception of people and the motive behind an act that determines how grey it is.

Keeping this in mind will help the managers in taking some decisions that appear tough and impossible on face. Doing this small exercise of determining the shade of grey will help them to see it from both the sides and a consensus can be reached based on the extent of darkness acceptable in Grey.