According to UNCTAD 2008, Multinational companies, after globalisation , have spread to almost 80,000 worldwide with more than 55 million employees. Many global players have targeted the Indian economy and thus there is a lot of investment in India by foreign players. Bosch, Nokia, Toyota are few examples which are leveraging the market potential of this country. This transition in the economic environment has not only affected the entire gamut of structures, styles and mindset but also has affected the contents of all those who have a stake in the different firms of the Indian economy. We all know that the recent worldwide financial crisis has decelerated the pace of growth and thus affecting the employment relation across the globe. Thus, we need to look at what is happening in India in recent years in industrial relations practices in MNCs and try to examine the reasons behind that. 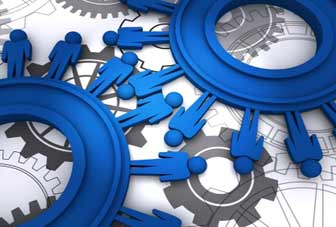 In last few years, MNCs have seen a surge of protests by their workmen all across the country. Be it Tamilnadu, which see different protests of MRF, Nokia and Hyundai or it be Manesar  seeing the death of GM (HR) of Maruti  in the deadly violence of their workers. It is not only blue collar people who are showing their dissatisfaction through protests and strikes, but engineers and other employees are also going to strike . The most recent example is:  pilots of Jet airways going on strike. There are various reasons for this. It may be the differences in pay with respect to the competitors or workmen can also raise the voice for the differences in annual pay where the managers are getting much higher increment and they are getting smaller increment. Other issues include contract labour – their absorption and facilities, trade union recognition and inter union rivalry.

Impact of globalisation on Indian Labour: One of the major impacts of globalisation is number of public organisations is decreasing and private players are coming out. The role of government has decreased, as the economy is no more controlled and regulated. As a result of this, competition in market increases which leads to more changes in technologies and technical knowhow. As a result, mindset of the people is changing. Some of the post liberalisation changes are as follows: The relation between these three players are regulated by four factors . They are political factors, market, technological and socio- economic. Let us see how the affect the relations of these players.

Political factors affect the relationship between employers and government such as different policies in form of subsidies, pollution control norms, etc.

Market and technological changes control the relationship between employees and employers.

Socio-economic factors regulate the relationship between employees and government.

Imbalance in any of the factors can lead to a situation of disaster. This is what happened in Maruti. In Maruti, the organisation was preventing the workmen to form union. Do you know- why? Suzuki, which had already increased production from 5,50,000 in 2005-06 to nearly 8,00,000 in 2008-09, decided to step up capacity further to one million per annum by 2009, earmarking Rs 9000 crores investment for 2008-2011. Exports had also risen significantly (The Economic Times 5/5/09).They were forcing the workers to give an undertaking that they would not indulge in any activity which will adversely affect the production and discipline, which was unlawful act. This leads to grievances among the workers, which later on take form of violence.

Now question is who is responsible? The answer is- government, employees and employers.

Government: They quickly pushed the policy of LPG in 1991 without considering the side effects. As a result, the market starts to regulate the strategies and cultures of organization. The government always give their blind view to such issues. These issues need to be addressed and reformations in industrial policies are required.

Employees:  They are to be blamed because violence is not the means to get your demand accepted.  A proper negotiation is required to get the demand accepted by the management. The workers need to feel that they are the part of the organisation and if their demands are wise and are not accepted by management, they can approach to the government.

Employers: They need to understand the culture of every place. They also cannot force certain things, which are unlawful. They need to maintain the balance between the employee satisfaction and their profit.

From the above discussion, it is clear that one factor alone cannot contribute to any industrial dispute. Every player in IR has their own roles and they should have clarity of their roles. In shortly, if we see the role of different players we can see in the figure below Here we can see that the production is the sole aim of any employer for which the business exists. Earlier before globalisation when there was no competition there was assured market for the product. However, with the advent of globalisation the monopoly of business started to decline. Thus, it becomes difficult to facilitate the demands of trade unions as well as customers. In this scenario, the government should be playing the role of mediators, but due to vested political interests, they are not playing their role and the number of industrial disputes has arisen. The action of MNCs can easily be regulated through government policies but it is very disheartening to see that our government is more reluctant towards taking any initiatives for proper Industrial relations

Looking at the alarming position it is high time for IR managers to redefine their role. They need to understand the changing needs of workers. Now at assembly level also the workers demand for autonomy and freedom, more flexibility and work- life balance. There is no denying the fact that changes in organisation cannot be stopped and this will certainly effect the assembly level of the organisation. Therefore, IR needs to play much a role of commander. It has to act like balance between the management and the trade unions.

It is also the duty of IR manager to stop the suppression of unions; they need to address their moves to their workers. They need to be more transparent because by doing this only they can minimise the dissatisfaction level among the employees. It has also been found that multi nation organisations are unable to handle the conflicts bilaterally and are misusing the support of government in suppressing the workers. This exploitation should be controlled. It is very tough for IR managers in coming days to play their roles effectively. It also seems that the problems of IR will not be controlled until the MNCs understand the culture of India and they establish a good work culture here. The management needs to be more open. They should be prepared to consult unions and try to solve the problems. They should not ignore their problems and try to resolve the dispute. By doing this they will certainly be able to minimise the frictions in relation between workers and management. Government also needs to amend different laws and acts such as ID Act, Factory act, etc which can suite to the effect of changing Industrial relationships due to dynamic market. The government and the organisations should have to work together. They should have to plan to handle these issues. A proactive attitude in collaboration is the need of hours. The changes are inevitable, now it depends on the organisations and government how to manage these changes.

This article has been authored by Achintya from XIMB, Bhubaneswar.