Bring Your Own Device BYOD - The Two Sides

Research has proven that companies are not only allowing the idea of BYOD but encouraging the idea in order to increase the efficiency, lower operating costs and drive better productivity. According to reports from Cisco, CompTIA, Mobilisafe and few others, more than 50 percent of the companies now permit the use of devices owned by employees in their workplace. With increasing proliferation of mobile devices and more challenges that need more regular monitoring companies have given a green signal to bringing own devices. Better firewalls and network securities supported by virtual private networks have helped security threats and prevented threats to safe data (Mansfield-Devine, 2012). 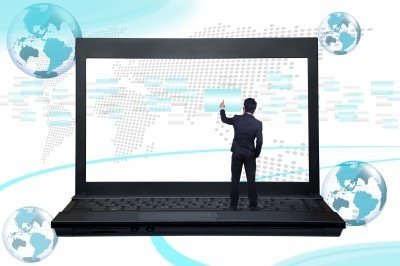 Positives of employees bringing their own devices

The advantage of employees getting their own devices is the cost factor i.e. inexpensive where in the company need not invest in giving the employee a company owned laptop. Imagine a company has 4000 senior level employees and the average cost per laptop for their use would come up to $600 and thus $2.4 million dollars of expenditure for providing employees with office laptops and such expenditure could be saved and simple software need to be installed in each of their self-owned devices.

To add to the cost factor benefits, the other biggest advantagesare that the time to react to the flow is much reduced and italso helps maintain collaboration within the team and keep the flow of information smooth. This aids in improving agility to respond to market conditions quickly. In today’s market where there is heavy competition, these factors go a long way in fetching customer delight and repeat business (Hayes & Kotwica, 2013).

The ability to use their own devices ubiquitously helps the corporations better and as discussed earlier makes them agile and thus helps in serving the customers better. The other advantages are 24/7 access to the customers due to the use of personal devices i.e. smart phones, tablets or laptops regardless of the platform that the employee uses, be it Windows, Linux, Mac OS, iOS, Android (Gilbert & Gilbert, 2012).

Aberdeen Group says BYOD helps increase productivity as the employee has access to the device at any point in time or even when he/she is on a holiday and also the habit of using his/her own device makes the process friendlier and takes the monotony off work, especially for work on off days. It introduces a great degree of innovation and flexibility, thus helping boost productivity and results for the company (Burt, 2011).

Employee satisfaction is the most important aspect that any company has to meet as human capital or human resource is the most valuable resource or asset for any organization. Especially in Information Technology space where there is little scope for differentiation in the workforce and their quality of work is what makes all the difference. When an employee has invested his hard earned money in a device he would love to be attached with it and work on it creating an added advantage to the company. Also the other added advantages are the BYOD cutting edge factors where the employees upgrade and use the best software on their personal devices and have the latest software that helps better speed and accuracy as compared to the painfully slow refresh cycles in most of the companies (Bradley, 2011).

An interview with top managers from different countries in Intel in United States Of America, Germany, Australia and South Korea yielded positive results in favour of BYOD. Around 28 percent of the top mangers across four countries believed that BYOD would enhance efficiency and productivity thus enhancing performance of the company. Around 22 percent believed in better worker mobility, 17 percent strongly believed that the company could save good enough money on computing device spends and 9 percent believed that BYOD would help job satisfaction and employee retention (Intel IT Centre, 2012).

The anticipated benefits seem to be more on the productivity lines, better mobility, saving on hardware and enhancing job satisfaction and decreasing the attrition rate in the organization.

Companies today understand the importance of BYOD and also are doing their bit in ensuring safety. Big companies handling accounts that are of huge magnitudes have restricted access to data and BYOD makes it much more expensive and needs far too many regulations to be met making the whole process cumbersome and non-viable. Companies that offer support have huge clientele data which if misused. This could cost the host company multi million dollars and access of such data on local tablets, laptops and mobile phones may well lead to mishaps and end up in a complete mess. Data safety is far more important than the convenience of the employee as the magnitude of loss/margin are very high and small errors can cost companies millions of dollars(Intel IT Centre, 2012).

Personal systems could infect the whole company network with viruses resulting in loss of essential data or lead to huge time lags and thus valuable time. Employers become unwittingly responsible for any such delay and can lead to severe reactions from the clientele. Also mix of private and personal data can lead to worse incidents where family photos, music and other private data may be exposed or accessible to the public. Even a few unwanted downloads can create havoc and thus disrupt the complete set up. Hence a proper safeguard of these details needs to be operational in order to segregate personal life from work life and vice-versa. Or in other words a BYOD environment needs to be created where there is no such mix and a stern check can ensure that no mishaps happen(Mansfield-Devine, 2012).

The Intel report states that the major barrier that managers reported to have faced was that of security. Mangers when asked about BYOD adoption gave security as one of the major concerns and said they were heavily regulated. Out of the eight parameters (support, compatibility, standardization, customizability, compliance, security) that acted as barriers for BYOD adoption in United States, Germany, Australia, South Korea managers widely rated security as the prime barrier followed by compliance. Even on the requirements list Security seemed to be a concern. Installing the right kind of security programs was the unanimous requirement (by all the countries as mentioned above) when told about deploying BYOD on board (Intel IT Centre, 2012).

Negatives/Concerns of employees bringing their own devices

Roses are encircled by thorns and so is the case with BYOD. By embracing it (BYOD) companies lose control over the companies IT hardware and how it is being handled and used (Yang et al., 2013).Companies usually have an acceptable use policy and is protected by the company security and is updated and managed by the internal Information and Technology (IT) department. (Bradley, 2011).

Loss of control over data access could pop up where the regular users might share their rights of access with unauthorized users. Architectural weaknesses could create security vulnerabilities. This generally happens due to poor designs. Certain security outages can happen where certain password protections are revoked and millions of files get free access creating a security catastrophe(Bennett & Tucker, 2012).

Special attention should be given to data security and restoration when an employee has filed his separation and wishes to leave the company.There should be a process set in place to restore all the data back and this could pose a huge challenge for the company and the IT department in the company. (Miller et al., 2012).

An eye on the future

With analysts around the world looking at over one billion smart phones worldwide and the fact that tablets are out selling desktops, the trend is clearly moving towards customization of technology. BYOD is definitely the strategy of the ‘future in the making’set to be all invasive (Parsons, 2013).

Touching base on numbers and growth figuresone can see that smart phone market is growing at a CAGR of a whopping 33 percent, prices of cell phones are dropping by 8 percent annually and tablet shipments are crossing staggering statistics of 240 million. Retail prices of tablets too have gone down considerably opening scope for higher sales and thus pitching in favor of BYOD (Bennett & Tucker, 2012).

The package of ‘Bring Your Own Device’ (BYOD) comes with its own merits and demerits. The literature review gives us an indication that the Pros slightly over weigh the Cons and looking at the boom in technology and the heavy increase in sales of tablets, laptops and smart phones the mangers seem to be happier accepting the glitches that may come their way thanks to the considerable benefits that BYOD brings along. The concept of BYOD has been widely accepted across the globe considering appreciable numbers in increase in productivity and efficiency, mobility of workers, cost reduction, employee retention and job satisfaction whereas the on the other hand safety and compliance seem to be the not so nice factors on the BYOD plate.