Spirituality, from the gaze of a Manager of tomorrow

What is spirituality? Is it just not going against dharma or ethics. The answer lies in search of super –material or super sensual pureness found deep in one self, the inner growth from selfishness to empathy towards others or simply put the search of “that something”.

To give an example of this, why do we eat food? Its not just eating calories, proteins fats etc. but its an offering of love and gratitude to the Devine or Supreme within ones self or the body temple. To achieve something spiritual you need to calm down your mind, calmness is the sign of search of self. This is the reason why Himalayas is considered the Land of Sadhus, where they are in search of spirit, where the environment it self is calm and thus helps them to reach their destination. 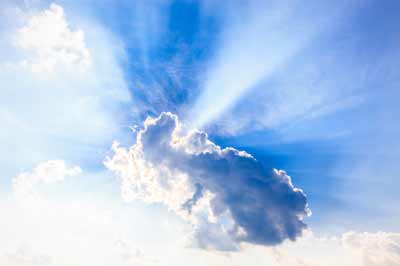 The different levels at which ethics are challenged can be looked as Individual VS society VS Organisations.Irrespective of the religion to which an individual belongs it should be understood that we change the society with our daily actions as the saying tin Sanskrit goes”ekam sat, vipra bahudha vadanti”truth is the same but looked in different ways .In most cases we face the dilemma wherein the society doesn’t confirm to the ethics. Lets draw an example from Mahabharata, When Karna’s Rath was grounded and Arjun with his arrow pointing towards Karna was waiting for Karna to get ready, Krishna the Incarnation of Vishnu (Management GOD), asked Arjun to shoot the arrow. Shooting an arrow on an unarmed warrior is unethical but at the end Arjun pulled the string, releasing the arrow to kill the Great Karna was considered ethical, since he was on the side of adharma (Duryodhan). More the true nature of an individual surface to stay attached to ethics in an organization more the better, since this will pave the way for spiritually oriented organizations in the long run and thus bring in an inclusive growth of the human being in the true sense. Ekla chalo re –as Rabindranath Tagore sung fits apt to this spiritual dilemma.

According to Sri Aurobindo spirituality is all about Sat-Chita-anand and transcending beyond this reality of body-life- mind and awakening of these basic elements in life will help us become pure from within and our actions shall be free from the underlined malice of the society, greed, competition to name a few.The infinite, the eternal e.g. the Shiva who is eternal is the foundation of the infinity. He represents infinity and creator of Braham and Vishnu.Thus HE comprises of both the infinite and the finite. (Third eye –infinite gaze like no other and other two eyes as the finite vision of humans)

Apart from ontology there exists, the ability to reason out mentally and use vital instincts, but these are insufficient to understand the whole thing or the “infinity”. The inner indispensable self is very difficult to read unless you have the inner will or the “tap-the fire of will“ to hunt it and understand it.

A few saying of Sri Aurobindo, which I would like to quote in my words regarding spirituality and its ramification to a leader, who is transforming through experiential learning are.

1.The inner self will always remain pure no matter what instances the body or the mind faces.

2.something intensely silent and purely static doesn’t mean the entire truth of understanding self but it can be understood through experiential learning or activities going on in the world.

Attachments or detachments what it should be?

One of the major reason why leadership levels in organizations fail at every level is getting attached to one particular or specific task, or job or project or relations with clients, customers , co workers or even style of work .We simply fail to understand that what has brought us here will not get us there. When managers assent in levels they find it difficult to ‘detach ‘themselves from their previous expertise and micromanaging the activities of their juniors with they did with proficiency at one point of time. This is ‘Sakam Karma ‘or the attached involvement.

We can draw multiple lessons from Mahabharat, which explains not to do ‘NishkamKarma ‘or attached deeds, which are the root cause of a person turning egoist in the long run and ultimately result in downward progress of a person when the other direction is the most aspired one. If the person or organization stays too attached to a bleeding project, which is in research stage or is not able to find its way ahead with a huge sunk cost on its head. Decision-making leaders of the organization find it difficult to let go off those projects since they has already invested ample amount of timework force, brain capital, loans. Some times pet projects become so important that we fail to look at the clear picture

Leaders need to understand the ways and means to bring in an inclusive growth of their juniors by creating a sense of healthy competition in terms of achieving their set objectives and the same time they don’t get too attached to it. A classic example would be the working of the design team and the production team.

Design team once done with the design and the first prototype is made would like to improve more on what was made even when this is actually pushing the deadline for delivery of the project–a clear thinking of attached involment on the other hand the production team who has the job to manufacture the product, i.e. creating the replicas of the reference product will always have a detached involment with the product, since the culture of their department is such where in different designs would like to get their items into production.

So even in organization different departments symbolizes different ideologies in terms of attachment.

We Indians believe in Nirguna or the intangible / non-measurable compared to our counter west philosophy who believe in Saguna or the measurable. There is a clear difference the way the east thinks and the way the west thinks. Lets just take a look at the belief of the west, they believe in one life one religion one GOD hence the emphasis on one goal we on the other hand have various beliefs with various people, which creates various personalities and thus the diversity .We are more focused on the ‘gaze ‘rather than the ‘goal ‘thus this lead to a conflict in organizations when other companies come to INDIA or when the boss is a foreigner, they fail to understand why we behave in such different ways. This becomes a potent to a possible conflict. Alexander the great who believed in this very concept of one life one chance one GOD was in pursuit to capture the entire world for this very reason. Their culture speaks of doing everything possible in this world itself, that’s their only chance, only one opportunity. Hats why they are always focused on tasks, more than the people. Focused more on ‘What’ of the businesses what have we achieved? Whereas we focus on the ‘Why ‘of the business ‘Why do we have to do this business?’

The concept of flat structure, which came from the west, is a wonderful episode to watch for. Gods in Greece lived on the Olympus mountain.by overthrowing the previous GODs called Titans, but believed that they shall be overthrown by the human race. So the GODs considered human to be equal to them and also had the power and ability to overthrow them. The very seed of flat structure in organization that everyone is looked as equal. On the other hand we believe in hierarchy, juniors should communicate to their supper bosses through proper channel or source or through their immediate mangers, thought the scenario is changing rapidly owing to globalization

Spirituality is the way to grow your mental potential like a banyan tree, a symbol of infinity. The potential of growing outwards depends on how you grow inwards. The more you understand your self the more you get confident in your own abilities, your own approach to achieve things, your ability to achieve the ‘samatva’ in your life. The critical link to understand others and help them grow is through the experience you give them and the experiences you get from them through the ‘dialogue’. Spirituality is not in worshiping GOD but to bring in all positivity from within you and then the world will never be the same as before if every one of us will realize the true power of this value.

The article has been authored by Nirbhay Bhandari, IIM Ranchi