Hospitality industry in India is one of the fastest growing industries of the country. While there are many big Indian names like Oberoi, Taj, Leela, ITC have already captured a big market share; international brands are also on a spree of expansion. India has seen a huge growth in its hospitality sector in recent years. Almost all the big brands have added hundreds to thousands of new rooms in their room inventory and most of them have further plans for expansion. Hospitality industry has seen a fourfold growth since the year 2000-2001. One of the biggest reasons of this growth is that India has emerged as one the most important business destinations in South Asia. Growth in IT as well as India’s potential to become one of the best tourist destinations in the world have attracted all major global hospitality brands towards India. Today, India hosts more than 30 hotel brands which are expanding even in the smaller towns. 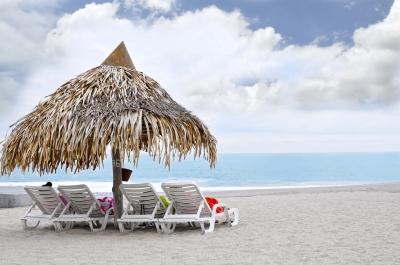 Clearly, this story of growth looks very healthy, but this is just a one side of the coin as Indian hospitality industry is facing one of the biggest challenges in its history. Even if room supply has increased a lot, demand on the other hand is increasing slowly which has created a huge gap in between supply and demand. Economic slowdown has made this situation even worse. Some of the biggest brands are also operating on less than 50% occupancy. Smaller brands are struggling for their survival. Investment is huge, operating cost is too high and return on investment is very low. Most of the new hotels haven’t met their forecasted breakeven periods. The relations between management and hotel owners are stressed as the later expect high return on investment. This situation is resulting in break ups between some of the old alliances. Recent Split up between Leela and Kempinski can be a good example. Industry is expecting more of such split ups which is a big challenge for foreign hotel brands as they prefer such alliances in which they manages the properties of their Indian partners and do their branding, sales & distribution. It allows them to build their brands in India.

Hospitality has seen a huge growth in last 12 years. Room numbers have increased from 25,000 of 2000-2001 to 93,000 in 2013. And it is expected that these numbers will reach to 1, 43,000 within next five years. Though hotels know that business is getting lower they are still investing because India is expected to become a huge economy in the near future. Government’s measures to increase the tourism have also motivated hotel companies to invest in the country. Today, apart from casino hotels, India hosts almost all type of hotels; serving to all kind of customers. Recent rupee depreciation is also expected to benefit the Indian hotels as many of the people are cancelling their international tours & opting for domestic tourism. It is also attracting many foreign tourists to India has it has become a cheaper tourist destination now.

In order to fight from current crisis and in their struggle to survive in the market, hotels have increased their room rates to get better revenue. But as premier hotels have become more expensive, many travelers now prefer for budget hotels. Even the corporate companies which have suffered because of economic downturn also prefer budget hotels for their tie-ups. This situation is encouraging big hotel chains to focus on their budget hotel brands. French hotel group Accor is a good example of this as it is mainly focusing on its budget hotel brand Ibis instead of its other luxury brands. Marriots has also introduced their budget hotel brand Fairfield inn to the Indian market.

Hospitality as a career:

According to a recent report of the Associated chambers of commerce & industry of India, Indian tourism industry is expected to become world’s second biggest employer with around 40,37,000 employees by the year 2019. As one of the most important parts of tourism industry, hospitality is expected to have a biggest share in these numbers. It mainly offers career in its four core operational departments i.e. Food production, Food & beverage service, Front office & Housekeeping. Apart from these, it also offers jobs in Sales & marketing, Human resources, Accounts/ Finance, Security, etc.

This industry needs a large number of skilled and semi-skilled employees but here again it is facing a huge gap between supply and demand. Demand is much more than the actual supply. Numbers of entrants for hospitality courses are sharply decreasing each year. There are many drop outs & many hospitality graduates are opting for other industries over hospitality. There are many reasons; but long working hours, small initial pay packages for opening level positions and the fact that many societies are still struggling to accept hospitality as a respected career are the major ones. As a consequence, hospitality Industry is all set to face a huge shortage of skilled workforce, which is the next biggest challenge that it will be facing in the upcoming years. But for those who are interested to join this industry, this is the best time to join it as it is offering a wide number of career choices with the fastest growth which can really offer a dream career.

This article has been authored by Prasad Tuwar from Vivekanand Education Society’s Institute of Management Studies & Research, Mumbai.