Dressed in red polka dotted white frock, the utterly butterly girl through her narratives of Indian stories built an image for Amul which is priceless. The Mascot “Amul girl” as she is popularly known, is no less than a celebrity in India. History of Mascots dates back to 1888. An opera titled La Mascotte was written by French composer Edmond Audran, which was translated to English as The Mascot. It was then used as a word for anything that brings good luck. Given the cost of roping in a celebrity to build brand awareness, mascot not just is a cost effective alternative but also a strategic tool to strike right emotional chord with the consumer. There are mascots in the marketing arena which have gained the celebrity status. 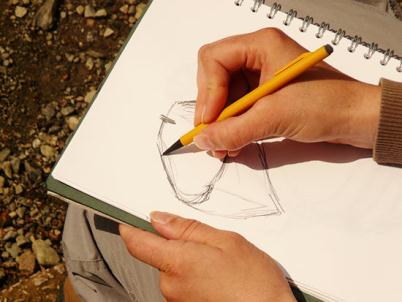 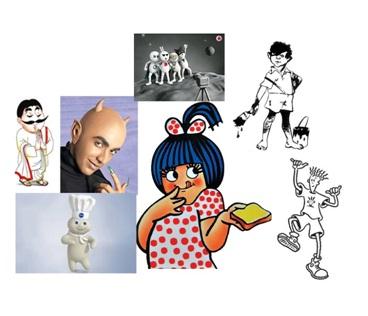 Mascots are one of the favorite tools of marketers to gain good brand visibility and brand Identity. They are a safe bet when the return on investment mascots is concerned. They personify the brand and help in instant recall of the brand. There have been numerous examples in the marketing history where mascots have been not just the face but main force behind a brand’s success.

Way back in 1946 Air India created mascot Maharajah which was famous worldwide. It is one of the oldest surviving mascots. With its typical looks of oversized moustache, the red clothing and turban, maharajah welcomed passengers with a promise of maharajah like treatment in the aircraft. The ability of mascot in personifying brand can be looked at by such examples.

Introduced in 1960’s “Murphy baby” was the mascot of radio brand Murphy. The adorable kid in the advertisements was one of the most popular mascots.

Building brand using mascot has been accomplished successfully by many brands. The Mascot once popular familiarizes consumers with the brand and aids greatly in increasing the brand recognition.

One of the most famous and most talked about mascot in India is undoubtedly the “Amul girl”. She bought smiles to the face of every Indian through her wit and pun. Created by Sylvester Da Cunha in 1967 Amul girl is now 57 years old. All the national and international happenings are presented by this little girl with a tinge of humor and this made it instantly dear to many. Amul billboards became instantly popular with daily happenings being the subject of the advertisements. There is no exaggeration in stating that Amul girl has extended its identity and characteristics to the brand Amul. 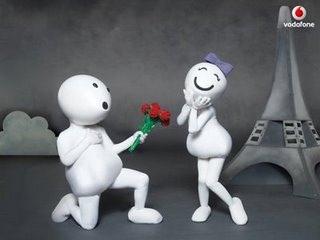 A very recent success story of branding through mascot is that of Vodafone bringing Zoo zoos. Launched during IPL season 2 in 2009, Zoo zoos very instantly were household names. These egg headed figures featured on T shirts, accessories and entertained audience with their rattle. These cute little creatures dominated the social networking sites and Vodafone was able to enjoy great deal of brand recognition. Earlier loyal pug used by Hutch was also one of the popular mascots in Indian branding.

Mascots are used to personify a brand, create characters with emotions that consumer can relate to. This favorable association would help brands in getting a step closer to building brand equity. 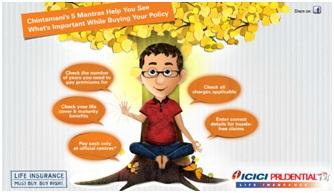 One of the most successful ad campaigns in the field of insurance is that of the Chintamani ads by ICICI prudential. Most of the ads in the insurance field were very serious which were more informational in nature. But ICICI was successful in bring humor into its ad campaigns and at the same time conveying the message successfully through its Chintamani character. Chintamani represented normal middle class Indian who has his tax and other worries related to saving. This character taught us how to invest money to live without “chinta” and only “money”. ICICI brand recall sored heights after this ad campaign.

Do all mascots stand the test of time?

While some of the mascots have eternal appeal to consumers, there are instances where mascots which were profitable to the brand at one particular time loose relevance over a period of time. Onida’s Mascot Devil is one such example.

Back in 1980’s in order to personify neighbors envy, Onida came up with its mascot “Onida devil”. It represented green eyed neighbor envious of the Onida TV set possessed by his neighbor. Onida’s devil was an instant hit and it boosted the sales of the Brand and helped in high brand recall. However due to globalization and increasing disposable income of Indian middle class, television is no longer a luxury. Thus the concept of “Neighbors envy” found no relevance in changing economy and thus was the mascot which personified the envy. Onida did away with the devil in 2009.

Another example of such phasing out of mascots is that of “Gattu” of Asian paints. It was designed by R.K Laxman. A boy with a paint brush, “Gattu” was dear to many households back then. In 2006, Asian paints phased out “Gattu” citing it is no longer relevant to Asian paints who was trying to capture upmarket. The revival of brand identity to a premium market was hindered by the mass appeal of Gattu and hence Asian paints decided to phase it out.

There has always been a debate as to who fares well Mascot or a celebrity brand ambassador as far as building brand identity is concerned. Both the options have their pros and cons.

Mascot: Mascot on the other hand is difficult to design. It is an uphill task to create a mascot that would be an apt face of the brand. But once a mascot reaches the consumers and develops emotional attachment, Brand can leverage this emotional connect to establish its identity. Moreover a mascot is unique to a brand and hence no danger of being lost in the crowd. Further mascots are ageless and a classic example of such case is “Amul girl”.

Relevance of Mascots in current scenario

With the advent of numerous brands in the market place and each brand vying for space in the brain of customer, making ones brand stand apart from the cluster has become a humungous task. Celebrity endorsement is the norm of the day. But the leverage derived out of using celebrity for promotion is questionable given the increase in the number of brands a celebrity endorses. It is in these chaotic days a strategy to stand out of clutter is needed and a Mascot which is either a human or animal in the endearing form builds brand identity. Finally given the success stories of the mascots and the returns that these mascots have provided to the brands, are mascots any lesser than celebrities?

This article is authored by Vishalatha Bhamidipaty from XLRI, Jamshedpur