People talk a lot about Harley Davidson and how big it is as a Cult brand. People have seen and read case studies on it in their management courses. But whenever one reads about Harley, one Indian brand that definitely comes to mind is Bullet motorcycles from Royal Enfield.

India was basically a scooter market few years back. However, the last few years have changed the way people see and perceive bikes. India is now seeing a trend of 150 cc or above bike segments, but Bullet was always present with the ranges of 250 cc,350 cc and 500 cc bikes.

Many bike lovers across India saw this bike as a cult. Now when the Indian bike market has evolved and come of age, then this is the time, Bullet should re-establish itself. This is what they are exactly doing these days. They recently are coming in news for all good reasons. Royal Enfield said it will invest over Rs.65 crore in the from 2009 to 2012, to double their production capacity to one lakh units. The Chennai-based company, which has been expanding its export markets, also said it expects overseas sales to double over the next five years.

Recently there was an ad in Brand Equity. 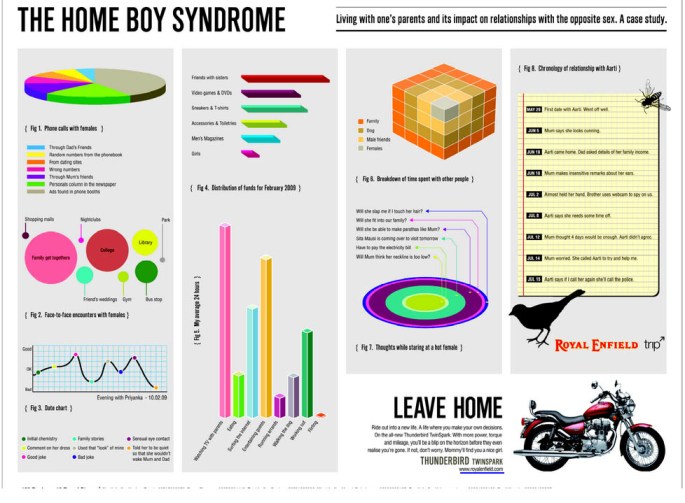 Its a kind of Ad that can start conversations. A fresh approach to establish the brand as Cult. The tagline is great 'Leave Home'(on a bullet). Royal Enfield is bringing the Classic Version of Bullet back. The classic version is based on the famous original Bullet of 1950's. Also on the company website, there are a lot of communities, Blogs, Trip Stories, forums which establishes Bullet as a cult brand in its own league.

The site looks quite like Harley Davidson site. Now, with Harley Davidson actually coming to India, Bullet has a hidden opportunity. The cruise bikes would gain popularity and Bullet would be an obvious choice for people who would not be able to afford a Harley. Also,there are a lot of bikes in 200- 250 cc segments that are being launched in India so people will now look upto Bullet for a Flashy Big high CC Bike.

Bullet is a tradition in Punjab. People flaunt it, People aspire it. Bullet is truly a Cult brand in Punjab and also other interiors of India. This is amazing how a Chennai based brand has achieved a cult status in Punjab. Bullet needs to leverage this to establish it as a big Cult brand in whole of the India.

Bullet also sponsors many trips in India in which it provides Bikes for the Trip and Branded T-Shirts too. Bullet also organizes a 16 day Royal Enfield Himalayan Odyssey every year. These all exercises can take Brand to new heights, the Cult Height.

The main problem with Bullet was the price. A normal Bullet costs about 80K. But with new bikes coming at similar price tags Bullet has nothing to lose.

There is a saying about Bullet, "Once you ride a Bullet, You don't ride any other bike"! We are sure.