Business Strategy in a Digital Age

The Digital Age is a historic period in the 21st century characterized by the rapid shift from traditional industry that the Industrial Revolution brought through industrialization, to an economy based on information technology and finally, to the digitally transformed world that we are in right now. The world is more competitive than ever, there is more scope for R & D, and not to miss out, building something new. Customers remain the focus but a lookout for digitally driven approach would be the new game changer.

Still, customers, both internal and external, are digitally driven and hence, it takes a blink of an eye for a business to make or break. There has been a subtle shift in the questions asked before entering a new market. Phrases such as “How attractive is the new approach” are being replaced by “how innovative is the new approach”. And today, carving out strategies rely mainly on two way thinking which we discuss below. 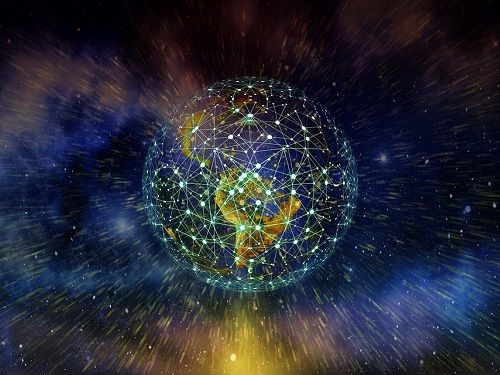 Firstly, before getting into the sea of new strategies, it becomes important for organisations to look at:

• Building on what they already do

(1) Creating relevant insight into your case and defining the role of “digital” in your organisation.

(3) Developing the organisation in terms of secured leadership, competencies and core capabilities.

(4) Learning, Re-learning, and scaling up through insight gained from steps 1 to 3.

In 1980’s, Porter said that strategy is about considering all the forces in your competitive environment. In terms of the competitive advantage, strategies in the Digital age are subtly moving from being sustainable to being “transient”. He had also claimed that organisations strive for sustainable competitive advantage. By strategizing their brand, value, resources, and culture, they could outperform the competition in the market. And, since then the whole idea has been to achieve a sustainable advantage. However, the definition is changing and it is observed that sustainability is as ideal as air and it is not viable. Organisations usually possess what is called as “transient competitive advantage”, which is on the rational side and more realistic. Evidence could be portrayed in the form of average lifespan of a company, which has fallen from 61 years during 1950s to mere 18 years in recent years.

Apart from this, success of a strategy has become more of a matter of time rather than a plan. In the digital age, where customers think way ahead of time, it becomes crucial that organisations move from mere strategic planning to a Bayesian planning, which depends on probability of how the market emerges rather than certainty. In such scenario, company must be ready with a plan and its “plan B” as well. In other words, it becomes imperative that they implement a dynamic and flexible approach to strategy that allows for constant refresh. Not to forget, few of the current market leaders have demonstrated this. For instance, Amazon developed its core capabilities running its online stores, then began offering access to other businesses. Google got into pattern recognition through its search business before it applied that competency to its cloud vision API. After all, it’s becoming less about “getting it right”, and more about getting “less wrong over time”. And, just in case one strategy misses out on one success, they should still have alternatives to back it up the next time.