Marketing Through Sports: The Evolution and Future

Sports as a business are a global industry and sports advertising has turned into a billion-dollar enterprise. Sports have the capability of stirring up patriotism, passion and maintaining unity amongst the spectators as well as participants from different parts of the world. It thereby provides a lucrative opportunity for doing business as it is a growing market where investments can be made to reap huge benefits.

Sports marketing dates back as early as the 1870’s when tobacco companies used to make cards with pictures of baseball players on them and used to insert them within cigarette packs to boost their sales and develop loyalty for their brands. Similarly companies selling chewing gums insert cricket cards or wrestlers’ photographs within the wrappers to lure children, who are their primary and most vocal supporters. This is all the more important nowadays as the influencing power in such cases lies solely with the child. 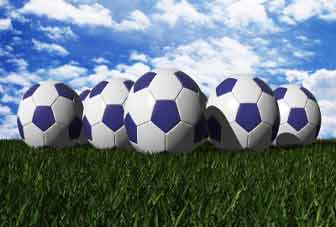 In 1957, the inclusion of Jackie Robinson in baseball heralded the change of social times in the U.S. The different sports events, which till now had shunned black players, started having more cultural diversity in their events. The reach of the brands to customers also grew as they could now reach both the blacks as well as the whites by integrated sporting events advertisements. This showed the power of sports in bringing the society together and its effectiveness as a means of communication.

Along came television which helped in improving the reach of different sports and sports personalities to different households. Marketers could now focus their messages on specific and targeted audience. Adidas capitalized on Muhammad Ali’s fame as he wore them during his fights. In 1964, Nike started selling Tiger shoes which changed the sporting apparel industry later on. The 70’s saw the emergence of sponsorships of products by players and athletes which took on as a trend. Joe Namath sold pantyhose as he became a icon & symbol and Mean Joe Green starred in one of Coke’s advertisements.

Adidas, Puma and Nike gave a stiff competition to each other and fought to buy athletes for their endorsements. Players started marketing themselves to earn extra income through sponsorship deals. The biggest deals till date have been to David Beckham for $160 million by Adidas, George Foreman for $137.5 million for Salton, Inc, Tiger Woods for $100 million and LeBron James for $90 million by Nike and Venus Williams(Tennis player) for $40 million by Reebok. Anna Kournikova, the teen tennis sensation from Russia was known more for her looks than her show on the court, yet sponsors favoured her resulting in a $50 million endorsement from Adidas. She also signed deals with Lycos, an Internet search engine, Omega watches and Berlei lingerie.

Gillette Mach promoted its razors through its brand ambassadors during broadcasting of sports events. It signed up Thierry Henry, Roger Federer and Tiger Woods for its promotion conveying the message that people should follow the example of these successful men and use Gillette products. Indian viewers were exposed to “Mr.Dependable” Rahul Dravid, conveying to the customers the benefits of shaving with a Gillette. Not only this Gillette ensured that steps taken by it were getting proper coverage in the media, like when they gifted David Beckham a golden razor studded with real diamonds, the news was published across all leading dailies of the world. News like these help a brand in gaining mileage in the minds of the customer.

Sports’ Marketing is simply the marketing by brands by using sports to connect with a broad set of targeted customers. It is a tool used to build brand awareness, promote their product to increase sales and garner a good chunk of market share. It can take any form right from using sporting events, teams or athletes to promote various brands and products. Organizations can use different sources like sponsoring events, athletes or teams ( e.g. Kit sponsor for the Indian cricket team since 2005 is Nike), using media channels like radio or television during sports events broadcast, or advertisement at the point of play or sporting venues.

The traction of professional sports is highly dependent on corporate sponsorships. The major spending is on sponsorships which presently account for 28.8 per cent of the revenues of the total sports industry and will see an average growth rate of 5.3 per cent and will generate global revenues of $45.3 billion by 2015.

Sports’ marketing takes advantage of the fact that fans are loyal to their teams and athletes with the latter being loyal to their endorsements and the loyalty tends to persist over a longer period of time as compared to other forms of marketing. Apart from brand visibility, companies are targeting more emotional connect with the fans for their brands and this is facilitated through social media which makes it possible to reach different segments of customers. All leading football clubs for example have their own website which is professionally managed by a team of experts. These websites are not merely a clutch of web pages but offer a total experience to both users as well as fans who visit them. They have blogs and articles written by both current players as well as former ones. Special articles from the coaches and members of the support staff find special mention on the site. The websites is also used to interact with the fans, suggestions for improvement and strategies for the team are welcomed from time to time. Reactions from the fans are broadcast live during a match from twitter by tracking tweets that have the clubs twitter handle or hashtag. All these are initiatives to involve the fan in as close a manner as possible. Also promotional events wherein fans get an opportunity to meet their favourite player or win autographed merchandise are held from time to time. The frequency of such events increases in the run-up to a major involving the club say the UEFA Champions League or the La Liga, EPL etc. Websites also serve as a point of sale for tickets and merchandise like jerseys, bandanas, flags, key chains, pens and other memorabilia.

Another reason for sports marketing taking off in a big way is the fact that sportsmen are seen to be more real in comparison to a movie star, the audience knows that when an athlete runs its him running in flesh and blood giving the event he’s taking part in his everything, while the same may not hold true for an actor performing a stunt scene in a movie as it is not the actor who is being exposed to risk but rather a body double who is doing the scene. Probably the high amounts spent by companies during events like the Olympics are an indication of how sports is taken seriously among the populace that it is being considered as a medium to sell different products. During the London Olympics this year the main sponsors included  Acer, Atos, Coca-Cola, Dow, General Electric, McDonald's, Omega SA, Panasonic, Procter & Gamble, Samsung, Visa. The companies provided £1.4bn of funding altogether, allocated evenly between the IOC and LOCOG. Apart from these sponsors there were other companies that launched their campaigns with the Olympics as their central theme, the most famous one among them being the “Thank you Mom” campaign by Proctor & Gamble that garnered appreciation from one and all. The ad campaign depicts the journey of different athletes from varied backgrounds working hard and making it big at the Olympics, all the while being supported by their mothers. The accessibility and popularity of social media has also allowed companies that are not officially sponsoring the games to initiate marketing campaigns aimed at the Olympic audience. Nike’s campaign primarily targets Twitter by using the hashtag #RiseAbove in conjunction with YouTube videos, including the Jordan Presents #RiseAbove Conditions video featuring inner-city kids from Chicago playing basketball. And as the U.S. basketball team took the court against France on July 29th, Nike’s Jordan brand used promoted tweets to reach the Olympic basketball audience in real time.

As with everything in nature, sports’ marketing too has a down time. The brand endorsed by a sportsperson or during an event has a value associated with it as long as it is clean and the game is played in a fair manner, the moment any allegations of wrong doing creep in the entire show falls apart. The best example in recent times being former seven-time Tour de France winner Lance Armstrong who was banned from cycling for life, for his involvement in what has been called the biggest organised doping scandal in sport. In the aftermath of this his sponsors walked out en masse, something which was witnessed in the case of Tiger Woods as well when he had domestic trouble.

In the coming days, the role of sports’ marketing is only set to grow and achieve greater heights.

This article has been authored by Amar Budati and Nitika Bansal from IIFT.