Creativity has always played an important role in marketing communication. Many advertising firms use creativity of their ads as a metric for measuring their performance. However, it is difficult to define creativity and many firms in pursuit of creativity forget that the basic goal of advertising is to fulfill the marketing objectives (Increase number of customers, Increase usage per customer) by generating interest, awareness, desire or purchase action (AIDA) through their ads. Thus creativity is not the goal but only a way to achieve your marketing objectives to the fullest. 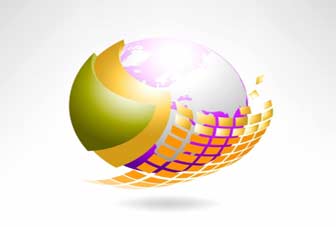 Interactive advertising, which the latest wave in creative communication, does just that. It not only fulfills the basic AIDA objectives but goes beyond and engages the consumer. It also attacks certain objectives which cannot be met through conventional objectives. However, before going into the details let us first understand what interactive advertising is.

Interactive marketing is a one to one marketing process that reacts and change based on the actions of individual customers and prospects and customizes further content according to their response.(1) Simply put, it is a two way communication where you act and the ad reacts to your action.

This is where it trumps conventional advertising. Since the ad changes according to your response marketers can further segment the population and present the same message in different way according to the user. This segmentation can enhance the effectiveness as the ad becomes more customized and conveys the proposition of the product which is more appealing to that segment.

Another clear advantage is that the consumer gets to decide how much time he/she wants to spend with the ad. Generally if an ad is kept too long many people would not be interested and if ad length is kept too short we cannot get the desired effect. Hence, the ad length is kept at an optimum level where they advertisers feel that most of the viewers would be okay with the length. In interactive advertising since the users decide the time they spent, additional effectiveness (given by the Area enclosed by figure ABCD) can be gained. 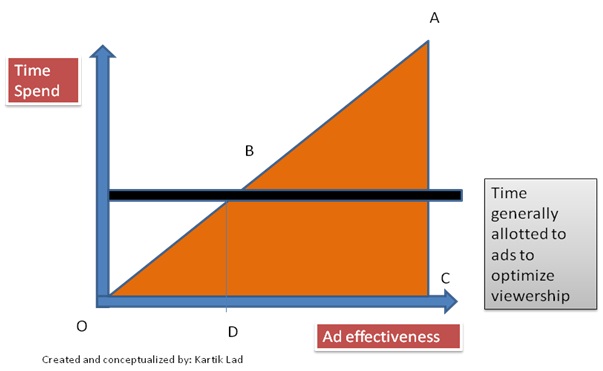 Enough with the advantages and now let’s move on to how these creative interactive ads were implemented by different firms. Though you may think of interactive advertising as being based online, it is not necessarily the case as the examples (which have been classified according to the type of medium) show.

Basically outdoor based advertising where users can see changes in the ad as they interact. 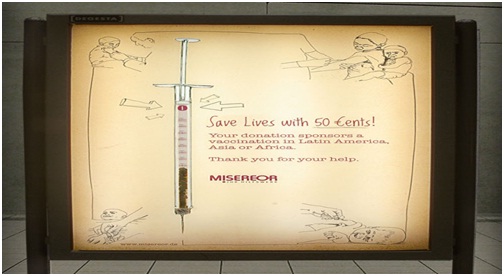 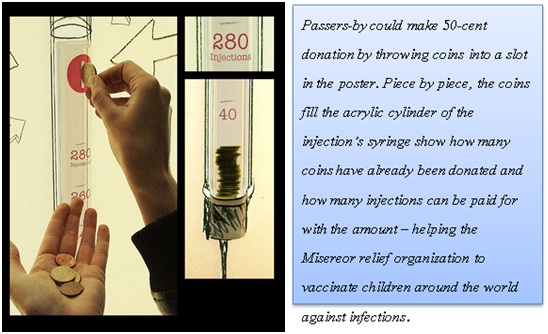 A Velcro on the banner which gripped people literally! 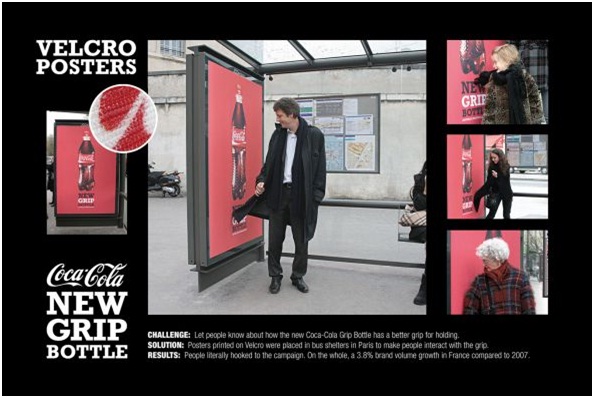 An interesting type of medium where brands are creating their small flash games and allowing free download of the same. The user gets hooked to the game while the brand is constantly in-connect with the user. A superb example of this is the domino’s game where they have a “Click to order now” button along with “Play now” button. 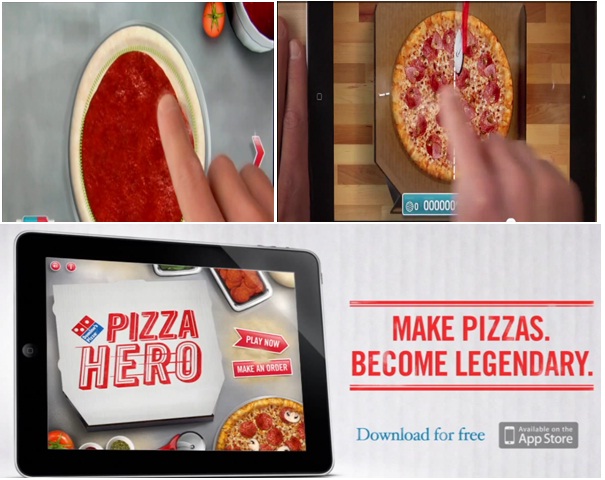 These are generally posted on social networking sites or high traffic sites such as YouTube. This is the purest form of interactive advertising as the content varies according to the user.

The axe graphic novel where viewers can pick the Anarchy girls, the location, and suggest plot points and developments for the comic, issue by issue 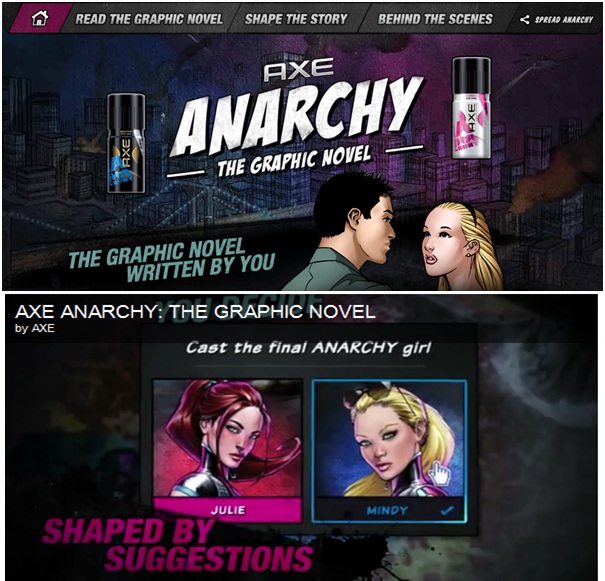 Another quite successful campaign was the HappyDent gum ad which shows a girl who is looking sad and morose and there is a slider on the right which says “drag me to see my cute smile”. If you drag the slider, the girl starts smiling. Once you leave the slider, the smile slowly lessens and again she looks sad at the end. The ad definitely instigates you to move the slider and at least see what’s going to happen. 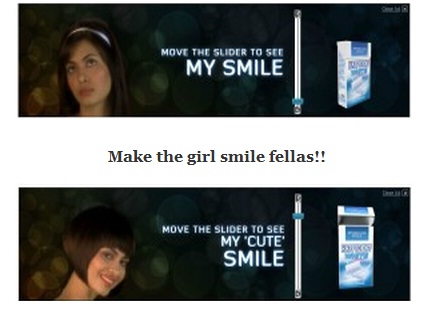 With the heavy competition in the consumer goods industry the advertising spends of companies has definitely increased. Creative interactive advertising thus provides a great way to stand out and get noticed by the customer. Apart from this it provides further segmentation of viewers and converts the impressions (generated by the Ads) into endorsements.

So be rest assured that there will be more of these splendid Ads to come in the near future!

This article has been authored by Kartik Lad from IIM Ahmedabad