Will Brand Names Cease to Exist in Pharma Industry? A Burning Question

News flashed in recent newspaper 'Health Ministry pushes for end to sale of branded drugs' gave us a picture where all drugs in India will be sold by Generic names only without any brand names. For example, Augmentin name will cease to exist & will be marketed and sold as Amoxicillin+Clavunic acid combination similarly name Crocin will be replaced by Paracetamol. It is like there won't be any brands like Hero, Bajaj, TVS or Honda, only 100cc bike, 125cc bikes, 150cc bikes etc. Though manufacturers are different but bikes are marketed & sold under their CC capacities only.

Before looking into pros & cons of newly proposed regulation by ministry, let me put here, this proposal does not popped out all of sudden but, it was started way back when Aamir khan came up with an episode in his programme  'Satyamev Jayate' which focused on how people are losing their lives because of poor affordability of medicines along with some very emotional true stories. Aamir khan also sent a letter to various state authorities requesting to bring about dynamic revolution of making economic drugs available by implementing sheer focus on generic medicines. 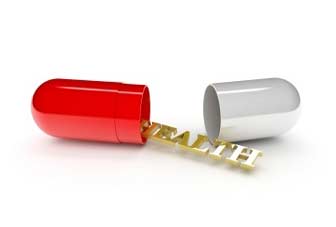 Is everybody in league has the same trend?

Current trend in global Pharma industry is to move toward generics especially in developed countries like USA & Japan. American Pharma market - world's biggest Pharma market with value of more than $320 billion as of 2011, is now looking to push generic medicines & do away with brand names. Similar trend is also followed in Japan where ministry of health is promoting firms to come up with generic version of drugs.

One must be curious to know, Why? Here is the answer. The U.S. government’s National Health Expenditure Accounts (NHEA) report shows that total U.S. health care spending reached $2.6 trillion in 2010, which translates to $8,402 per person or about 18% of the nation’s Gross Domestic Product. The federal government financed 29% of the total spend—a substantial increase from its 23% share in 2007.

An interesting graph which shows relationship between number of generic manufacturers and average relative price:

Clearly visible fact from above graph is that as number of generic manufacturers increases, relative price per dose sharply reduces.

Saving offered by generic brands in such developed countries is very substantial. Because of presence of product patent law from number of years, Patented medicines gave market monopoly & are sold at very high price. In case of India, product patent law was mandated in year 2005 & that's why still very less number of drugs are patented. In addition to that Indian Pharma market is one of the most competitive market. As per the record of year 2000, there are more than 20000 pharma companies registered in India. Price competition is tough due to large number of brands available for same drugs.

Here are some figures which shows saving offered due to generic medicine in USA.

In 2011, US health agency saved more than $193 billion due to more usage of generics that means saving of $1 billion every other day. Lipitor, world's largest selling drug up to its patent expiry last year 2011, had its peak sales value of $12 billion annually. Historically it is seen after patent expiry brand erosion is almost 90%, if you calculate figure will be around $1.2 billion, giving saving of $10.8 billion yearly. Indian Pharma market size is around $13.8 billion which is slight higher than peak sales of only one brand Lipitor. Thus, India has not yet reached to value scale as it is in case of developed countries.

Recently, Union health ministry has ordered states to stop issuing licence for the manufacture or sale of drugs on the basis of their brand name. All pharmaceutical firms applying for licence to market or manufacture fixed dose combination drugs will have to submit their generic name and not as brands with immediate effect. This new move will substantially reduce medicines' prices. In India, between 1996 to 2006, all drug price skyrocketed by 40%.

India is world's single largest producers of generic medicines, with a 20% share in the global market.

Supreme authority in Drug regulation - Drug controller general of India Dr. G N Singh said, "We want to gradually move towards a future where we will not issue any brand or trade names. We are going all out to push generic drugs solely for the benefit of the public. A branded drug can be 10 times more expensive than a generic variant."

Prime benefit is the price reduction of drugs. As mentioned earlier, drastic differences are prevalent today in price of same branded & generic drugs. In India where more than 400 million people are living below poverty line, affordability of medicine is a critical issue. Price reduction will help to make drug accessible to such people. Healthcare spending in India is only 1% of total GDP compared to 18% in USA, 12% in France, 8.1% in Japan, 2.8% in Brazil, 2.7% in South Africa and 1.6% in China.

World Health Organization recently conducted a sub-national study in Indian states like Chennai, Haryana, Maharashtra, Rajasthan, Karnataka and West Bengal. Study found out that in India, almost 78% of healthcare expenditure is out-of-pocket of which 72% is spent on medicine. Only 20-40% of public health clinics had generics stock availability compared to 40-60% of private health facilities.

Besides implementing this new regulation, what are the other government initiatives to lower the price of drug & making them accessible to public at large. 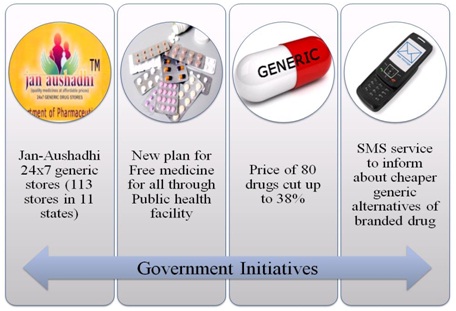 One must be convinced to appreciate new government initiative after reading advantages it offers but, it comes with its cons also.

Most impediment it will cause is affecting the R&D of future medicine. HOW?

Pharmaceutical Research & Development (R&D) is the most lengthy & costly process. A new molecule takes almost 10-15 years after discovery to commercialization & requires almost $1-1.5 billion expenditure. Success rate of Pharma R&D is very less, out of 10.000 new molecules only one molecule makes up to commercialization process. There are stringent regulations that a molecule has to pass through in order to get approval for marketing.

With generics, profitability margin of most pharma companies will erode which will have direct impact on percentage of sales spending for R&D. Only a couple of pharma companies in India have turnover of more than $1 billion and in addition to that, if government will come up with such policy then Pharma R&D will become a dream in India. Indian companies are already facing heat from MNCs because of  their patented molecules are snatching the market. Thus, this new regulation will completely cut hand of Indian pharma firms.

A well known fact 'Brands are not created overnights'. It requires consistent efforts of years & consistent performance by brand over a period of time. Brand name carries a quality assurance for doctors and patients. With a good brand, doctor is assured of its effectiveness & it thrives company to focus more and more in term of quality associated with brand. When there will be no brands anymore in the market, company will be less focused on quality and will try to produce drugs as cheap as possible in order to extract out maximum profit. It will raise an enormous concern regarding product quality which is of great importance in pharma as it deals with life of people.

Finally, buzz was clarified by ministry stating that drugs will henceforth be granted on their generic names only by state licensing authorities (SLA). But, brand names won't have any approval from authority. Presently, it was mandatory for all manufacturers to submit brand name of the product. Now, manufacturers only have to intimate various brand names under which they will be manufacturing the drugs. Still clarification from DCGI is pending. Implementing generics policy is a double edged sword, it comes with its own disadvantages. One needs to be extra careful & visionary in order to have a final decision. 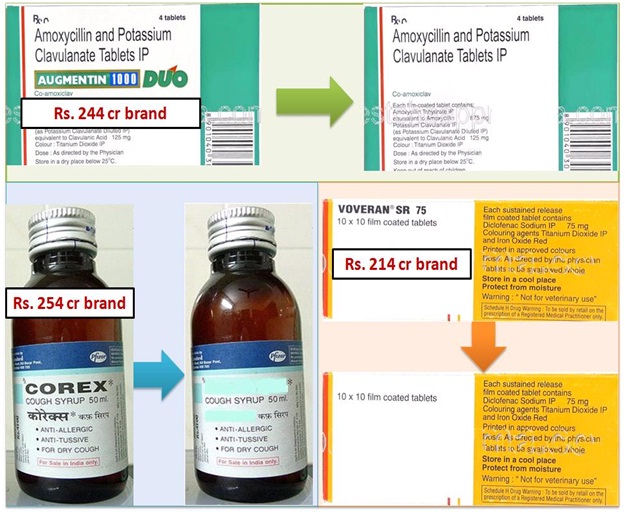 This article has been authored by Brijrajsinh Gohil from NIPER, Mohali.