Let’s Get Packing - Importance of Packaging

“Jo dikhta hai woh bikta hai” – a hackneyed saying that hasn’t really stood the test of time; more of a thinly veiled statement to end clichéd debates, maybe! Loosely translated, it means – “what is visible, sells”. By that logic, if I wrap up Parle G biscuits worth Rs 2/- into a fancy package on the lines of ITC Dark Fantasy ChocoFills, I could easily garner Rs 30; maybe in an alien planet where people aren’t really aware of product functionalities! Gone are the days of the 70s where persuasion was the primary means of selling a product. 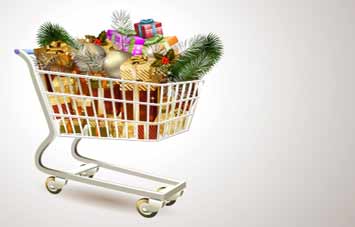 This is the 21st century; a century where a new concept, aptly called The Partnership Strategy has evolved. Today, you don’t sell a product. You sell a package; a package loaded with quality and information. Customers aren’t mere buyers anymore. They are Partners – partners who are involved in the entire value chain of an organization.

Hence, it warrants that every crucial aspect of sourcing, manufacturing, packaging, distributing and servicing is done by the book. A partner/customer has two types of relationship with a product – direct and indirect. Indirect relationships are established via the hoopla and hype generated by advertisements. They propel prospective customers to make a move towards the shopping mart by the wayside; but are they really enough to convert walk -ins into sale? The answer is a resounding No. Improper packaging can be a major turn-off and could lose you valuable customers in tow. Insufficient or misleading information could take you on a hike to the regulator’s door. Poor durability could bring down your product’s expiry date! Sizing, text fonts, colour, quality of material, etc are amongst the numerous aspects of packaging that begs to be dealt with. Packaging is, hence, a science; a more complicated one than seemingly thought.

Kotler, aptly defines packaging as "all the activities of designing and producing the container for a product."

With the advent of departmental stores and supermarkets in every nook and corner, packaging itself serves as an advertising medium. Some companies realized its essence and are leaders today because they incorporated it as a part of their strategy. Today, packaging serves as a product’s symbol. The best example of a company that leveraged on its essence would probably be Coca Cola. This was a design conceptualized by Earl R. Dean of Root Glass Company. Initially, the middle diameter was larger than its base, making it unstable on conveyor belts. Later on, Dean rectified this problematic issue by reducing the middle diameter. Coca-Cola ingrained on the bottle is an ACL – Applied Colour Labelling. Initially, only Coca Cola was embossed in white but increased sophistication in ACL technology allowed the company to opt for the colourful and distinguishable red and white combination that we’re so familiar with today. In 1960, the bottle was registered as a trademark. This design was later replicated with a plastic exterior. Today, we see any bottle of this shape and immediately suspect it to be a Coca Cola product. Today, Coca Cola is recognized by a staggering 94% of the world’s population, and it is the 2nd most universally understood phrase after Ok. The contour shape of the bottle along with the universally known Spencarian script in which Coca Cola is embossed has made it the most recognizable product across the globe. Such is the power of packaging! It has a classic brand recall effect and it earns you valuable mindshare.

Packaging is the silent voice of a product as well. In a way, it carries a depth of emotions. ITC’s Sunfeast range of biscuits connotes happiness, contentment, satisfaction and pleasure. The challenge was to bring out these connotations by means of packaging. Today, with an exemplary range of designs that serve as an apotheosis for neophytes as well as established players, ITC lies ensconced as the packaging kingpin.

The mascot Sunny, a “Smiling Sun”, reinforces the emotional aspect of the brand. A glance at it, and instantly you know that the message is to “Spread the Smile”. The mascot is a jackpot. (Wow! That rhymed. J ) ITC, succinctly conveys the message that its Sunfeast range of biscuits are meant for the family; that the joy of sharing is insurmountable. The use of vibrant colours and sumptuous names such as Dream Cream and Pasta Treat gets your taste buds all worked up even before you’ve tried the product. Dark Fantasy Choco Fills, their premium product reeks of pleasure in the essence of the word! The imagery of 3 cookies with the bottom one showing the chocolaty surprise tantalizingly lurking beneath makes it absolutely irresistible. As if this wasn’t enough to entice the customer; the cookies inside are separately packed in individual packets. This makes you feel even more special. All in all, the MRP of Rs 30/- seems justified due to the explicit effort put in.

We’ve ratiocinated that primary packaging is absolutely essential. It is a salesman of sorts; but how does one look after it just like it takes care of the product? This is where the concept of secondary packaging comes in. Secondary packaging is bread and butter for manufacturers, exporters and logistic companies. It is the packaging used to group various pre-packaged products together.

Regular Slotted Containers (RSC) made out of corrugated fibreboards have traditionally been the supplier’s choice; but trade-offs between functionality and cost have compelled the ingenious minds to come up with alternatives. Take the example of basic stationary items these days. A more effective way is to wrap those using overwrap sheets as displayed above. It’s waterproof and consumes lesser space than an RSC. The product is clearly visible and cost effective as well. However, overwrap sheets tend to crumble under pressure. 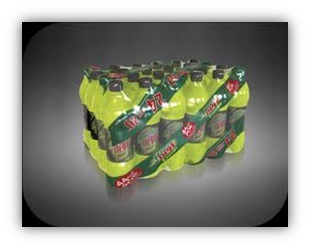 This is where the shrink wrap technology pops in. Take the example of plastic cold drinks. They are wrapped in bulk using strong and ductile plastic sheet wraps. In addition to the benefits of an overwrap covering, a shrink wrap package resorts to its original shape when bent out of proportion. This technology is however not conducive when dealing with breakable items. Post World War II, a new vital functionality of packaging took centre stage. With increased consumer awareness, market saturation and regulatory hurdles, it became essential to drive home the point in a precise and concise manner. Unlike normal FMCG products, medicinal products are sold by recommendations. Hence, the packaging should be information centric. Rather than being a treat to the visual senses, it is essential that they convey essential facts. By now it must have been established that packaging is fairly more complex and vital than earlier thought; but the larger question is where are we really headed to? We’ve already witnessed commendable innovations. Squeeze bottles and sachets like the ones used for ketchup, paper packaging used for tea, and packaging with nozzle are some crafty designs.

However, with increased stubbornness to not lose out on functionality at the expense of low cost has driven us to the concept of Sustainable Packaging. Starbucks newly launched $1 recyclable plastic cup is a classic example. Customers pay $1 for the newly launched cup and can avail a 10 cent discount on each purchase just by producing the cup at the counter. This scheme is a bonanza for all stakeholders. Customers recover the marginal cost of $1 in 10 visits and Starbucks wins on low cost and increased walk-ins.  ITC, once again is a pioneer in this category. Their mills at Kovai and Bhadrachalan have helped the company attain the distinction of being negative solid waste. Today, they generate over 160000 tonnes of recycled paperboards. The saddening part is the recovery rate of paper in India which stands at a paltry 20% compelling ITC to import over 20000 tonnes of waste paper. 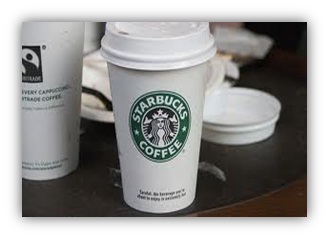 With increased market saturation and a plethora of products, packaging is here to stay for time immemorial. However, one must never forget that it is only one workman amongst the crew that ultimately builds the ship. It delivers a promise but that isn’t enough, is it? At the end of the day you’re selling a product. Therefore, it is absolutely essential that if packaging delivers something, the product delivers more!

This article has been authored by Ritesh Baid from NMIMS Mumbai