How Titan Watches is Still a Market Leader-Brand Identity!

We stand at an important Shopping destination in uptown Pune: Bremen Circle and observe the sheer glitter of endless retail stores. These stores range from apparels to footwear to lifestyle and the choices for any consumer stand endless. Being an avid marketer I am, buying a small birthday gift for a dear friend made me understand the assortment of choices Wrist Watch segment can offer. Three watch stores operate at a stone throws distance near to each other; Fast track, Helios and The World of Titan. A closer inspection does reveal that all of them are from Titan Industries.

Founded way back in 1987 as a joint venture between the Tata Group and the Tamil Nadu Industrial Development Corporation (TIDCO);  Titan offers a wide range of personal accessories – watches, jewellery, sunglasses and prescription eyewear. They also manufacture components for Precision Engineering works, with over 4000 employees spread over 3 business units in Bangalore, a manufacturing unit at Hosur and 3 assembly plants located in the north of India. [1] 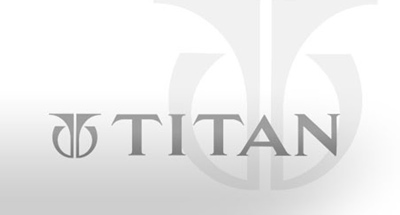 Who amongst us can forget the Titan jingle music and the importance of a Titan watch set in bride’s trousseau? The Generation X has grown up with Titan being “the watch brand” in every household. The huge reliance on quality manufacturing and customer service were reasons of why Titan stands tall today with almost 60% of domestic watch market in its portfolio. It is imperative at first instance to agree to these factors but the chief input of Titan’s growth is its Marketing efforts.

The launch of Titan Watches was with a strategic intent, propagating the quartz watches. Hindustan Machine Tools (HMT) was a major player those days but had Mechanical dial movement. The technological innovation by Titan was aimed to introduce the world class technology of watches. The only other player offering Quartz watches was Allwyn in collaboration with SEIKO Watches from Japan but was not able to communicate with the target audience.

After the launch, Titan moved ahead with key impetus on its Brand Marketing rather than marketing of Individual models and subsidiary units. So the quotient was to have an emotional appeal with the potential customers. The existing brands in the markets worked on the keyword “durable”; Utilities that could be handed from generations to each other. Titan worked on the emotional appeal of Sophistication with Durability. The communications were built on the key concept of the joy of giving. Television Commercials moved around Wedding Sets, Church Wedding, Home Comings, Honey Moon Couples, Diwali et cetera. Till date Titan has moved ahead with an aura connecting with the target audience. The brand personification was considered classy and worthy, the ambassadors associated with Titan were themselves are venerated as highly dependable, So  Be it Aamir Khan , Rani Mukherji, Katrina Kaif or Farhan Akhtar.

Post-liberalization, the market dominance of Titan was threatened by the entry of various foreign brands in India. The sprouting of the grey market and the entry of cheap Chinese products threatened the bottom end of the market. There was an estimated market of 15million watches at that stratum. Titan targeted this segmented with the launch of Sonata brand in 1998. These watches were priced moderately between Rs. 300 – Rs. 1000. This was a major move in the growth of the company as purchasing power of rural market was expected to be on exponential rise in the years to come. Such visionary moves from time to time define the market leaders in whichever they operate.

After a successful reception of Sonata brand of watches within the country, Titan came up with yet another ground breaking idea, “Fastrack” range of watches. Targeted at generation Y i.e. the age group of 15-25 years, Fastrack was able to connect with the youth segment. The youth today demands a separate identity; the edgy and provocative advertising campaigns from Fastrack gave them a platform to mirror it. So, be it connecting on Social media Pages, Moving on tagline or Viral Marketing Campaign, Fastrack’s radical commercials managed to grab eyeballs with their youth-oriented focus. 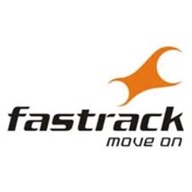 The other major initiative Titan took was the ultimate shopping Experience. They had a customer centric sales approach. They marked key shopping avenues in any major cities and established their own showrooms. A company whose strength was product quality, on time delivery and customer satisfaction was now foraying into retailing. Buying a Watch was now not a haggle or a bargain but an experience. Plush Showrooms, courteous staff build on customer delight.  This not only shielded them from growing competition but was also a constant Market Intelligence Setup for them. Direct sales during off season, schemes during wedding added onto the revenues in exponential proportions.

This is the chief reason why Titan recently started luxury brand store “Helios; In Greek mythology, Helios is the sun god, and the sun in ancient times was used as a measure of time, the sun dial for instance. The focus at these stores is on well-travelled connoisseur with a discerning taste in watches and a brand conscious outlook housing almost 30 well established international brands. Launched in 2009, there are almost 50 Helios Stores across the country and are expected to have 60 by the end of current fiscal. 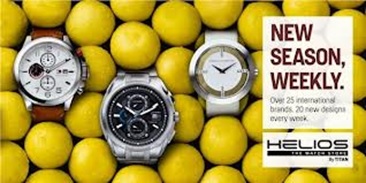 From its future-focused strategy to its design innovations, its creative marketing approach to the strong supply chain, Titan, as a business, has relied on its ability to connect with customers and deliver what the customer needs. This has not only given the company an edge over its competitors, it has also helped Titan become the fifth largest watch manufacturing company in the world.[2]

The article has been authored by Supreet Lakhotia, SIBM Pune