Green Manufacturing in Automotive Industry - A Way towards Sustainability

Ever since Industrialization, manufacturing of various goods have created huge amount of wealth for mankind, but while earning that fortune it had exploited our natural resources, depleted them without thinking of future implications and polluted environment in various forms. The most of the harm has been done by the developed and developing nations. In 2006, Chinese GDP was 5.5% of the world’s total GDP however their energy consumption was 15% of the world’s total energy consumption (Ma 2007). Shrivastava (1995) suggested that to differentiate their products, improve product quality and lower cost of production companies can use not only product but also process innovation. Based on this idea, a new term was coined in early 1990’s, the “Green Manufacturing (GM)”. Ahmed M. Deif (2011) proposed that while sustainability is a concept and a paradigm whereas Green Manufacturing is a methodology to make the concept a reality in implementation.

As defined by Melnyk and Smith (1996) and Liu et al. (2005), GM is a manufacturing mode with full consideration of resource consumption and environmental impact which focuses at minimizing the environmental impact and maximizing resource utilization during the whole product life cycle design, manufacturing, packaging, use and subsequent disposal or recycling along with making enterprises harmonize the economic benefits with that of environmental benefits. Many similar concepts have been proposed in recent years, e.g. Environmentally Benign Manufacturing (EBM) (Allen et al. 2002, Gutowski et al. 2005), Environmentally Conscious Manufacturing (ECM) (Gungor and Gupta 1999), and Environmentally Responsible Manufacturing (ERM) (Curkovic et al. 2000, Curkovic 2003), etc which along with LCA, green design, etc all talk about the same concepts as covered under Green Manufacturing. Thus GM is about the techniques, policies, and procedures a firm uses to create manufactured products, that use process that minimize negative environmental impacts, conserve energy and natural resources, are safe to employees, communities and consumers and are economically sound (Roberts and Ball 2014). But how to implement and operationalize Green Manufacturing in enterprises is a systematic problem and essential for application of various GM techniques. Another major concern is how to assess the impact of green manufacturing because of the lack of appropriate performance measures (Azzone and Noci 1998, Kuldip 2006).

Authors at various points have suggested various ways to access its impacts like e.g. Activity-based accounting (ABC) analysis which not only looks at its tangible benefits but also takes into consideration the intangible benefits that GM can provide us (Kee 1995, Kee and Schmidt 2000). Even Performance Value Analysis (PVA) justifies the benefits of GM by applying a multiple-criteria framework from perspective of Organization, Product and Process, Stakeholders, Logistics, Costs, Benefits, and also various Performance measures (Kuldip 2006).

Apart from efficient use of inputs and reducing wastes, GM also creates higher environmental awareness among the customers and at the same time shows the company as a propagator of green initiatives improving its brand image among the customers. It also helps organizations gain competitive advantage by staying ahead of the government regulations which become strict day by day. Jayaraman et al. (2012) concluded that proactively implementing best practices of environmental management using green manufacturing generally have a positive effect on the company’s profitability and increases its competitiveness as consumers concerned about the environment are willing to pay premium for buying commodities manufactured through green techniques (refer appendix – exhibit 4).

Green Manufacturing has become an important strategic tool that companies operating in the Automotive Industry are using increasingly to differentiate themselves from their competitors. Automobile companies are utilizing various green practices and not only saving cost but creating environment conscious brand image for itself increasing its competitiveness in the market. The main focus is on saving energy and water and reduce amounts of wastes generated and CO2 emissions (Pirraglia and Saloni, 2012). Post industrialization, automotive sector has been the main source of employment and economic growth as well as the most critiqued industry as the major polluters of the environment. Inspite of its benefits, its harms are numerous like air pollution, Green House Gas emissions, road congestion, noise pollution etc (Vergragt, 2006). Car manufacturing companies have been since then trying various innovative ways to control their environmental impact through eco-friendly design, efficient production systems, eco-friendly materials for car components, fuel efficient engines and what not. The mass production of cars utilizing Toyota Production System’s JIT and modular consortium have helped them a lot to streamline their production systems and reduce their environmental impact. To have more efficient production assembly lines, the automotive industry deployed Robots and are accountable for 60% utilization of robots in the world (The Economist, 2008). They are using green buildings, green supply chains, reverse logistics and innovation as the way forward.

As per 2014 Automotive Sustainability Report (SMMT), vehicle manufacturers produced 25% more cars in 2013 as compared to 1999 using the same amount of energy whereas the total CO2 produced by them through production activities has dropped 42% since 1999 and 4% since 2012. Companies are increasingly relying on renewable sources of energy for their production process. This include installation of photovoltaic solar panels in their manufacturing facilities and generation of electricity from biogas, etc. By improvements in painting processes and installation of closed-loop systems, car manufacturing facilities have improved a lot in terms of water saving and as per SMMT, overall footprint has improved by 35%. SMMT in their latest Sustainability Report (2014) has also claimed that through continuous improvement of production processes and undertaking a holistic approach over last 15 years, car manufacturers have reduced waste to land fill by 83% and now 97% of the waste is recycled or recovered and only 3% ends up in landfill as compared to 26% in 2004.

The car manufacturing companies while tackling their carbon, water and energy footprint, are also looking for innovative ways for reducing their operational costs. These often include green manufacturing initiatives apart from the usual innovations in product design and efficiency. Newer renewable sources of energy, lesser water consumption and better waste management are integral part of the innovative production processes. Plant level investments by the giant car manufacturers have off-late paid off in complying with government regulations as well as create a green image in the minds of the consumers. The below sections will explore some of these specific innovative initiatives taken by well-known car manufacturing giants.

Green Building certifications are being taken by the companies like Toyota, GM, etc for both their production sites as well as non-manufacturing facilities (Nunes and Bennett, 2010). Not only that they have developed “green power” to reduce oil dependency in their plants by generation of electricity through landfill gas, wind and solar energy and also reduce CO2 emissions by substituting cleaner fossil fuels for coal (Nunes and Bennett, 2010). The authors also reported use lightweight materials and elimination or reduction of VOCs, use of waterborne paint sprayers, water-based solvents as few other innovative process changes. Toyota’s Tsutsumi plant not only produces half the electricity consumed through solar energy, discharges water in the river which is 5 times cleaner that the river itself but also painted its factory with photo-catalytic paint that release Oxygen in the surrounding areas in presence of sunlight (Toyota Prius Brochure, 2009).

Ford spent a huge part of its $2 billion at its River Rouge Manufacturing complex for creating the world’s largest living roof which can absorb 4 million gallons of storm-water each year (PWC report 2013). This not only helps reduce storm water runoff but also provides insulating qualities saving energy for heating and cooling and reducing total energy cost of the factory by 7% every year. Similarly GM recycles 90% of its worldwide manufacturing wastes and has 100 landfill free facilities worldwide (PWC report 2013). Volkswagen’s Chattanooga plant is the only automotive manufacturing plant globally to achieved Platinum Certification from Green Building’s Council’s Leadership in Energy and Environmental Design (LEED) (PWC report 2013). This plant saves 1.7 million gallons of portable water through rain water harvesting, saves 720, 000 Kilowatts per year of energy through superior insulation and white reflective roof and use of LED lightings results in 68% less energy used.

The article has been authored by Anirban Ghosh, XLRI Jamshedpur 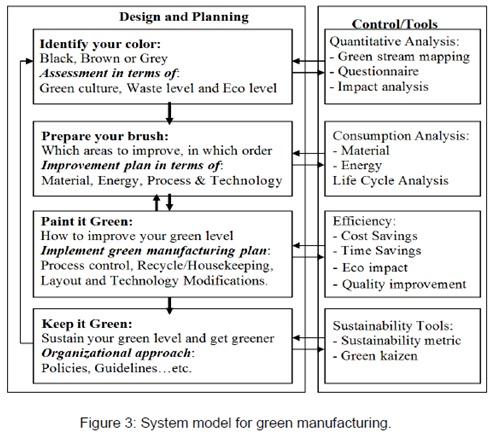 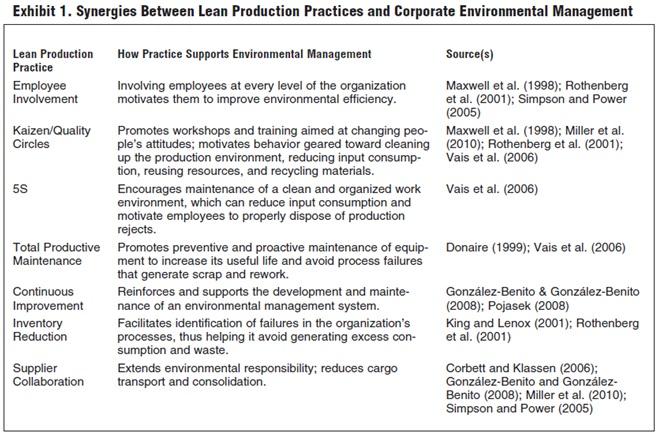